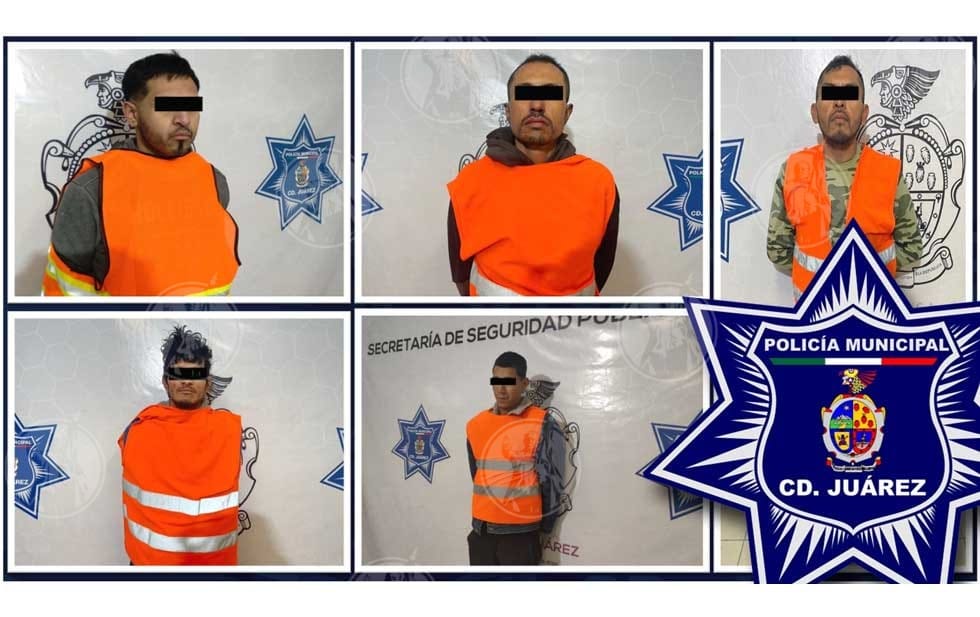 Juarez City.- With the support of the state prosecutor’s office in the northern region, preventive police officers arrested five people on Tuesday, charging four of them with crimes against health and wounding another who had an arrest warrant, the ministry spokesman Adrian Sanchez Contreras said. Public Safety (SSPM).

One of them, 23-year-old Santiago Emilio AR, was arrested on 2 September 2022 at Paseo de la Victoria and Teófilo Borunda Boulevard in Mision de los Lagos after an administrative offense and the issuance of an arrest warrant.

Jesús Obed RC, 26, was arrested on Candelaria Díaz de Bustamante and María Adam Alvarez Streets in the Revolution Mexicana neighborhood on Nov. 16 for acts of nuisance and two injunctions for crimes against health. and November 22, 2022.

Juan Armando FC, 37, was arrested on the streets of Professor Carmen Irigoyen Rios in the Independencia II neighborhood after he was caught disturbing public order and consulting his general data in the Juarez Platform system, he told that he had an arrest warrant. Arrested for injuries released on October 10, 2022.

Gustavo TS, 33, was arrested on August 2, 2022 at Federico de la Vega and Leonardo Solís Barraza streets in Senderos de San Isidro because of an arrest warrant for crimes against health.

Luis Enrique Rey, 26, was arrested in Hacienda de las Torres at Alamo and Alazan Streets for nuisance on public roads and had an arrest warrant for crimes against health issued on Nov. 30, 2022. ,

The five were made available to the state prosecutor’s office in the Northern Territory, an instance that brought them to the disposal of the authority in the judicial city that ordered their capture.