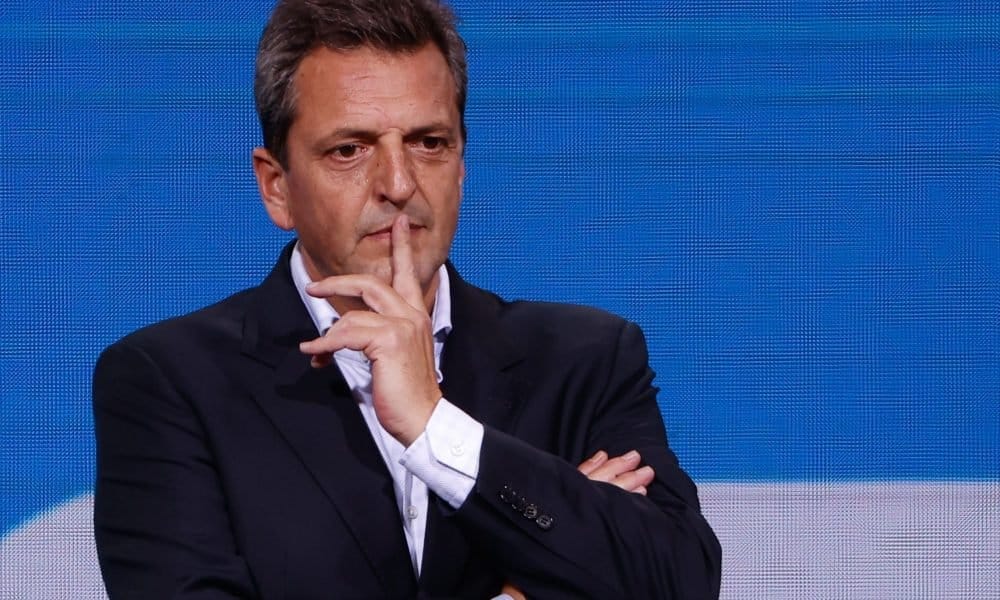 The column was originally from Todo Noticias. published in

The government’s new strongman, Sergio Massa, will have to choose between two objectives that are already openly opposed: to try to keep the current economic regime afloat for a few more months, the election of ’23. To reach it, as Anibal Fernandez put it, “go deeper into the course”, or begin to eliminate it in order to stabilize the currency and recover growth. If he picks the former, he’ll treat Christina Kirchner well, who might even accept him as her candidate. If you choose the latter, conflict between them will be inevitable. It may also try the third option, do a little of both: this will usually be a “masista” or, better, “albertista” exhaust. But then he will run the risk of not satisfying anyone and ending up like Alberto Fernandez, Martín Guzmán and Silvina Batakis.

Sergio Massa never denied his admiration for Carlos Menem and his reforms of the 1990s, nor did he consider it necessary to explain how this opinion suited his devotion to Nestor Kirchner. Is it not that you have not seen a contradiction between these two completely different versions of Peronist politics? If you haven’t seen it by now, it’s time to start reviewing the matter, because the task that has just been assigned to you will inevitably involve choosing between one model or another.

It is said of him that he would be a superminister and that his hands would be free to make decisions, going one way or the other, perhaps going both ways at the same time. And it’s true that the fear that Kirchnerism’s mentors themselves in the last month, starting with Christina Kirchner, made their resistance inevitable. And that, as we do from the bottom of the well in terms of reliability and judgmental effectiveness, can be differentiated with a little effort. But, to begin with, Massa must show that he can maintain the initial expectation that has arisen around him, and become at least one minister compared to his two predecessors. With this you will have enough. Because having powers and responsibilities is one thing, and enjoying authority and power is quite another.

In principle, all the tasks he is going to practice were in the hands of the people of Alberto Fernández. So will not get much power or authority. Christina Kirchner, on the other hand, gave her nothing beyond a vague authority: “You play”, “It’s your turn”. What’s more, those who were loyal to the chief accumulated even more: they stayed with the AFIP, and soon they joined the ranks of chief of staff, central bank, or presidency of deputies, or all of them at once. can. At least they have their sights set on them, and it’s doubtful that Sergio Massa will be able to dispute them.

Nor do the Tigress have another essential power resource: time. It is not known how long the “trust vote” he received from his headmaster, the lady, will last, but we can imagine that it will not be very long: the election campaign is about to begin, especially in the provinces where his elections go ahead. Where I start voting in March next year, that is, in a little more than a breath.

Looks like she plans to try Sergio Massa, that too takes a long time. It is said to be planning to hoard reserves, give a special dollar to exporters, and then later adjust devaluation and spending through an inflation flash. If so, it will take a few months for those measures to be completed, to narrow the exchange rate gap and stop currency flight, and then some additional time for the economy to stabilize and increase activity and consumption.

Conclusion: It seems that Sergio Massa arrived too late to do what probably would have been possible a year ago. Blame the precious time that Alberto Fernández was losing with Martin Guzmán, for signing with the Monetary Fund and then deciding to do something to complete the deal.

From this it can also be inferred that the ruling party will not have much interest in supporting and supporting the plan of these features. It will be something similar to what Axel Kisiloff did in 2014, but in much worse conditions and in much less time. Too much risk. So, to begin with, governors, including Kissilof, who is not pursuing his re-election but is facing a particularly difficult time, are sure they are going to protest. Christina Kirchner is going to do the same thing, of course, when she sees those interests, especially those of Buenos Aires, and bets on satisfying them in order to preserve the unity of the ruling party.

So Sergio Massa will very soon have to deal with a conflict of proportions: what will he do? Will you try to convince the peronists that an adjustment and a stabilization plan is still possible, but that you have to hurry, as quickly as possible and get through the hard times all together, and at the same time go back Will happen. The choice, that is, all Peronism, or most of it, is in one column and is tied to the fate of its management in the economy? To achieve something like this would be miraculous. And maybe he will try, there is no lack of mastery. First, it means openly challenging Christina Kirchner’s leadership, and swaying the rest, realigning the internal ruling party. And from economic management to the present day do all that swallows up the support and solidarity of the Front of All. It seems like a lot.

Something similar was achieved in Brazil by Fernando Henrique Cardoso in 1993, when he became the Minister of Economy of an ousted government, facing a lull who promised a presidential victory, but ultimately defeated him. managed, he became the most successful president and coveted of the region, the leader of the coalition and the pivot of a political system tailored to their needs. Cardoso was inspired to achieve all this, and in particular his stabilization program, for, let’s remember, Carlos Menem. The same one that Sergio Massa admired as a young child of UCEDE. And who even today claims to remember with love.

Of course, Sergio Massa is not Fernando Henrique Cardoso, nor is FR the PSDB, by a long shot, and neither is the current Argentina situation much like Brazil in the early 1990s. So the chances of something like this happening are very low. Massa himself should know: he will be ready, but not stupid. So it is quite possible that his bet may be a lot more modest: make some adjustments, but as little conflicting as possible, so that the ship reaches port, nothing more, and show that he can avoid the worst.

This would be a great virtue. This would mean stopping the vicious cycle of deteriorating governance in which Alberto Fernandez has been submerged for far too long, and at least building mechanisms to contain the crisis. So that? Well, to survive, to survive artificially, that economic model in which we have been trapped for two decades, and which has prevented us from growing for more than ten years.

Nor is it a goal that Sergio Massa dislikes: it would mean paying final tribute to his second idol, the founder of the current ruling dynasty, and of which he always identified himself as a son. Somewhat misguided, but son in the end.

The problem is that every step he takes toward saving the “model” will be an act of dedication to Christina Kirchner. It happened to Alberto Fernandez and it will happen to him too, no matter how businessman and friend of the United States, he declares himself. Then he will understand that if he is to achieve some success in that direction, it will be difficult for him to capitalize on it and not for him and his most loyal followers, who hope that 2023 will give him the opportunity to show that. That if they were wrong about anything in 2019, it was in moderation. And that as much as Christina has resigned herself to accept her entry into the cabinet, she has not resigned herself to keep it under control, and to apply the same recipe as president: profit and The achievements will be exclusively his, the costs and failures will be his..

Sergio Massa, moreover, even though he also remembers his time in the administration of Nestor Kirchner, was never as crazy as Alberto Fernández to think that this experience could be repeated without a handle on the Central Bank. and can be replicated with an elephant state crushing the economy. In understanding this problem and its resulting limitations, he has a huge advantage over the stable president. And it matters to remember him with the grim experience of his failure.

So he must choose, and very soon: be useful to Christina Kirchner or not confront her as Alberto Fernandez, be loyal to Nestor Kirchner or Carlos Menem. Your chances of success are slim in any path you choose. But at least one in two is going to have the mark of audacity, a mark that Alberto can never claim.