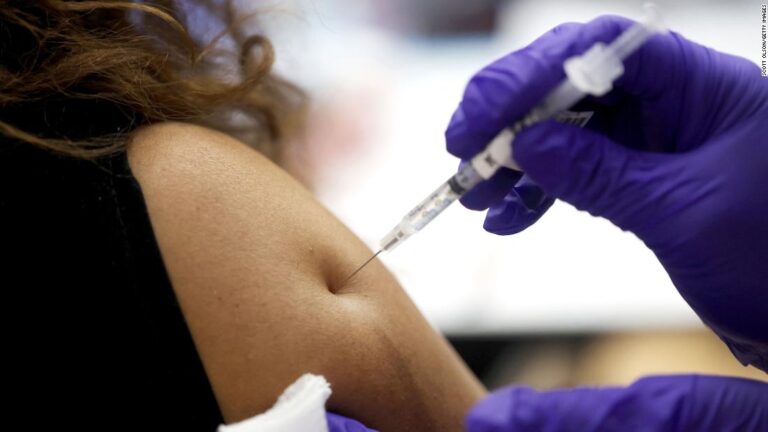 The study, published Tuesday in the New England Journal of Medicine, looked at the health records of more than 1.25 million vaccinated people in Israel who were 60 or older from January to March 2022, a time when the Omicron coronavirus was the dominant strain. Was.

The rate of severe COVID-19 infection in the fourth week after the fourth dose of the vaccine was lower than in those who had received only three doses, by a factor of 3.5.

However, protection against severe disease did not decrease at six weeks after the fourth shot, although the duration of the study was not sufficient to determine how long this protection lasted.

The protection provided by any vaccine is naturally diminished, but a vaccine induces the immune system to produce protective antibodies if it subsequently encounters threats.

The currently available COVID-19 vaccines were designed to protect against the original strain of the virus. Omicron is quite different, and therefore, the vaccines have lost some of their effectiveness. Israel and the US are among governments that have suggested fourth vaccine shots for some people who are at risk of serious illness, such as those who are older.

Last week, the FDA expanded its emergency use authorization so that adults 50 and older can get a second booster shot four months after the first booster from Pfizer or Moderna Vaccine. People with certain immune deficiencies may also receive a fourth dose in the US. But the debate on whether one is needed for the general public or not is on.
The US Food and Drug Administration’s independent vaccine committee meets on Wednesday to discuss what the country’s booster strategy should be next. Some experts have suggested that the COVID-19 vaccine could become an annual shot like the flu vaccine.

There are limits to what the new research can say about the need for a fourth dose of the vaccine. This compares only the protection provided by the third and fourth doses, so it does not include non-vaccinated people for comparison. It is also not included in the debate as to whether people under the age of 60 may need a fourth dose. Previous research in Israel showed that the fourth dose did not do much in a young healthy population, at least in terms of protection against infection.

For confirmed infections, “the fourth dose appears to provide only short-term protection and modest absolute benefit,” the researchers wrote. But when it comes to serious infections, the fourth shot seems to help.

“Overall, these analyzes provide evidence for the effectiveness of the fourth vaccine dose against severe disease caused by the Omicron variant compared to the third dose given more than four months later,” the study said.

Even with this news, it is not clear how many eligible people will get the fourth Covid-19 shot. According to the US Centers for Disease Control and Prevention, about 66% of the US population has received at least one COVID-19 vaccine, but only 30% have been fully vaccinated with a booster dose.