Fox will broadcast 35 of the 64 World Cup matches on the main network. 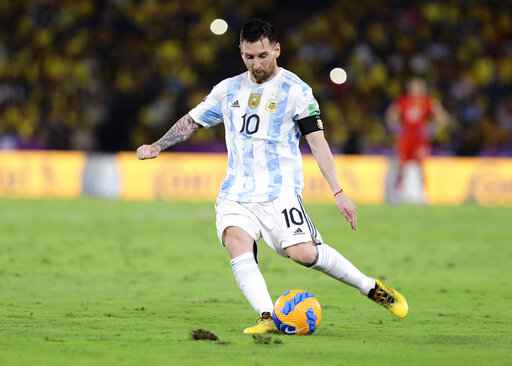 This year’s tournament was moved from the usual June–July period from 21 November to 18 December due to the heat in Qatar. With the NFL in the season, four Sunday group matches on November 27 and two Sunday Round-of-16 matches on December 4 will take place on FS1. FS1 has 27 matches in the group stage.

All matches will be streamed on the Fox Sports app.

The American Spanish-language television rights are owned by NBCUniversal’s Telemundo.

Fox’s main network will broadcast 21 group stage matches and six round-of-16 matches. Between Fox matches, all except one start at 10 a.m., 11 a.m. or afternoon EST, with the exception of the opening of the tournament between the Netherlands and Senegal, which begins at 5 a.m. EST.

The Thanksgiving schedule includes an FS1 doubleheader between Switzerland and Cameroon at 5 a.m. EST and Uruguay-South Korea at 8 p.m. EST. This will be followed by a Portugal-Ghana Fox doubleheader at 11 a.m. EST and a Brazil-Serbia at 2 p.m. EST.

American games include a Black Friday matchup against England on November 25. The Americans close out the opening day of the tournament against Scotland, Ukraine or Wales, and they also play Iran on 29 November. All American group games begin at 2 p.m. EST.

(Copyright 2022 by The Associated Press. All rights reserved.)