Francis in Canada: The Teaching of Gestures 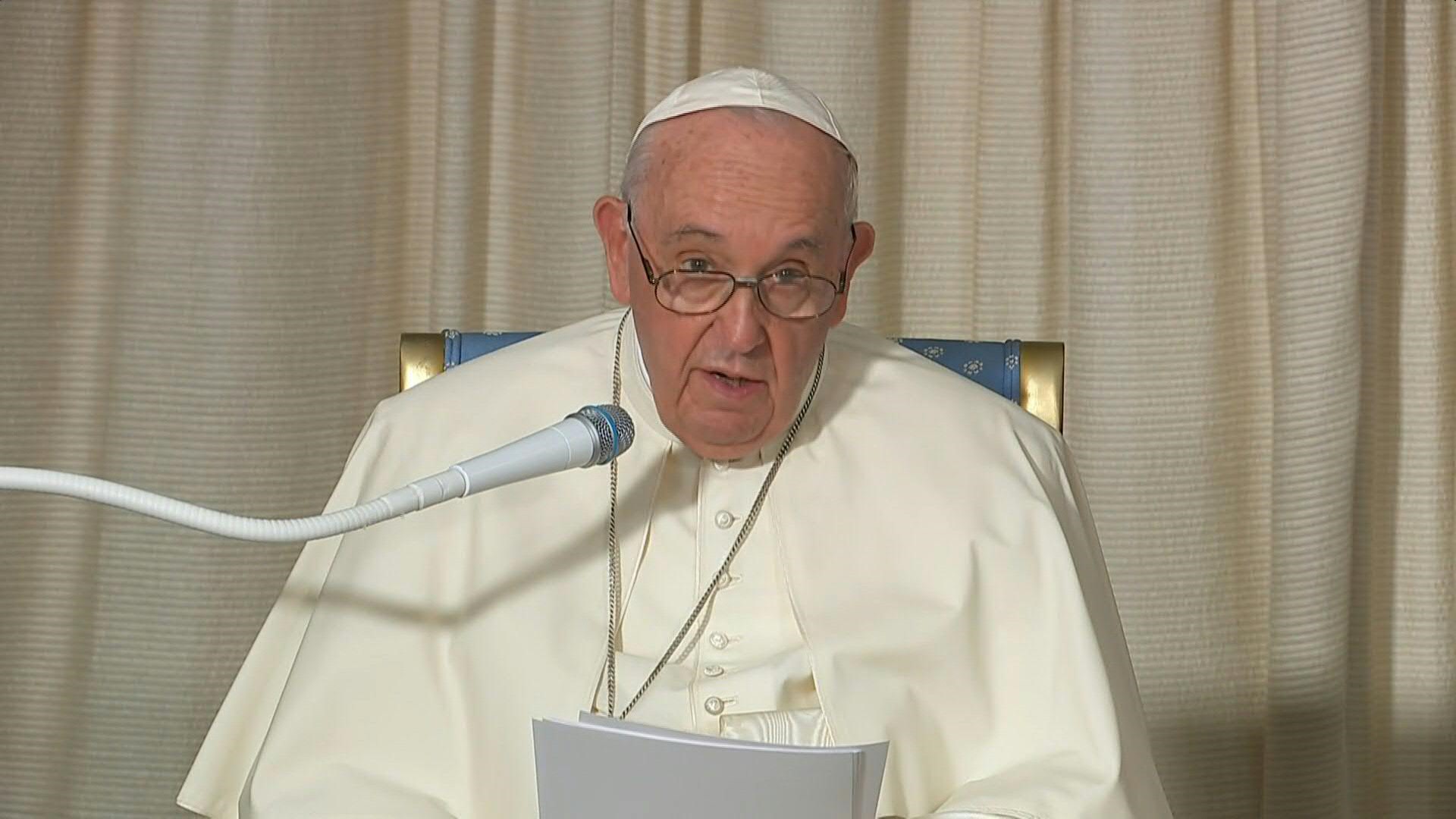 Pope Francis during his recent visit to Canada

From 24 to 30 July, we had the privilege of seeing a new priestly visit of Pope Francis. Francis’ Pastoral Tours Are Small “Schools” Where you can find the meaning of, as the Pope himself calls it, an outgoing church. The Pope, with deep humility, becomes a teacher who teaches not only what he does, but also how he listens and relates to people. whom you want to meet. Since the time of John Paul II, the Pope’s departure from Rome has been a source of worldwide admiration and curiosity.

If we take the speeches and discourses of Pope Francis in Canada, we clearly see that there is unity; A week earlier from Angelus in Rome, where the Pope announced it would be a penitential visit to Canada’s farewell with speeches by young and old. Journey is a “book” that opens and Francis gives a deeper meaning to each page and in every word he makes something clear to us: what we say is as important as our ability to see who is in front of us. is listening.

In all of the speeches, Francisco is taking elements of culture, sharing not only a material, but a deep empathy and it is clear that he seeks to extract knowledge from the symbols and peculiarities of the place where he is. This means that the speeches are not monologues, but a union of two worlds, which halfway decide to bear fruit in a pastoral and preaching journey., An example of this is the moment when the Pope, in his speech to civil officials, representatives of indigenous peoples and the diplomatic corps in the “Citadelle de Québec”, takes a specific symbol for the Canadian people, and tells them: “I am the ruler of these lands.” I would like to be inspired by the quintessential emblem, the maple leaf, which quickly spread from the coat of arms of Quebec to become the dominant symbol on the country’s flag.” The Pope favors the language and symbology of the other in favor of communism.

We move to the center of the reflection of these lines, which humbly, intend to highlight the teachings of a new pastoral journey of Francis. The Pope, on each visit, places what I call a “magistrium of gestures,” which becomes a teaching and a prelude to the Christians., The Magisterium of the Church is, formally, a set of ecclesiastical proclamations, which together with the Holy Scriptures and tradition form a set of doctrine. For this reason, and clarifying the fundamental place of the ceremonial magisterium of the Church, I would like to share this proposal to look at a “doctrinal” passage in gestures.

In a society that often gets tired of words, gestures appear as a possible and unique route for encounters between divided people. Given the importance of images and perceptions, gestures are much more effective than words. From this perspective, let’s review some of Pope Francis’ gestures in Canada:

the first great gesture is silence, So necessary and contradictory in a world where the power of words seems to be the only thing. Pope Francis’ penance journey began in silence. This was the first major gesture in Canada. Francisco arrived after a journey of more than 10 hours and was the first to greet the indigenous people; That gesture made in silence gave rise to the first great image of those days. The Pope kissing the hand of an indigenous survivor of the abuse in state schools perpetrated by Catholics becomes a noble gesture that travels the world. Let us imagine that the traditional hand-kiss received by the Pope as a sign of worship (we know Francis is not very skilled in this ritual as well) has been reversed. It’s the Pope who kisses the old lady’s hand. It was his first speech and a silent gesture that surpassed the “proclamations” that many had expected. As Sala Stampa’s former director, Alejandro Gisotti, expresses it very well: “Every papal visit can also be told in images”.

The Pope gave his first speech at Erminesken, a boarding school that symbolized the abuses of so-called residential schools. Let us remember that these schools were part of a resolution led by the federal government which, in cooperation with the Catholic Church, sought to eliminate the original Aboriginal culture and, by force, integrate Aboriginal boys and girls into a “white and black” society. Was. European”.

In this sequence, there is a gesture which goes viral. The Cree indigenous chief of Maskhwashio presented the Pope with a feathered cap, which Francis immediately put on his head. That image was the cover of the great portals of the world. It wasn’t something aesthetic, not even a joke or a sharing of gifts. It was taking charge of the need to heal wounds by sharing the humanity I had, right to my next brother. A gesture that John Paul II made during his visit to Canada in 1984.

These gestures of the Pope become messages, go beyond words and far outweigh the effectiveness of speeches.

The Pope’s gesture of returning two pairs of moccasins was also highlighted to express that there are no words in the face of the children’s pain, and no words for the pain of not returning home from residential schools. The gesture does not end with wounds, but brings tools to gradually heal them.

Another great gesture of the Pope on his visit to Canada was to arrive alone, and with an attempt to do so in a wheelchair because of his knee trouble, on the shores of Lake Santa Ana. That image and that gesture spoke more than any words, we can say that it is a painting that we can contemplate and look deeply into. The place where the pope reaches to point in solitude is a place of unity between indigenous and pilgrim Catholics. The Pope’s gesture as he approaches the water expresses his wish that “fraternity is true if it unites those who have been separated.” Once again, image and gesture united to become a message, teaching and teaching. Francisco blessed the waters of Lake Santa Ana, following indigenous customs and blessings toward the four key points.

The lake is the target of an annual pilgrimage on the feast of Santa Ana, the mother of the Virgin and the grandmother of Jesus. It is of great importance to Catholics and indigenous peoples. In fact, many bring water from the lake for their patients, as its healing properties are attributed to it. The Pope’s posture and gesture at that location is not just a moving image, it is an “encyclopedia” that marks a path. Brotherhood for the Pope is not just words, but gestures. The water that purifies, the nature that unifies, the solitude that prays for the union between brothers and sisters.

We can see many more gestures of Francisco; For example, many times during the trip they chose to talk about the tours and not the auditoriums. In the spirit of keeping himself equal as a brother to all.

Gestures become Pope Francis’s “magistery and encyclopedia”. The scope of gestures has no scale, they can always be a source where you can find the necessary paths for the unity and transformation of the society., Today’s men and women are challenged by Francis’ gesture pedagogy and current religious, political, social leaders etc. They have to find a new way to communicate with gestures. They are not just images, they are pages of books that have been opened for us to better the world in which we live.

In a public audience on Wednesday, August 3, Francis shared a summary of his pastoral journey with the faithful and divided it into 3 phases: remembrance, reconciliation, and finally healing.

There were words, appearances and pictures in that itinerary. But, above all, it was carved in all of us because of the gestures in it. Thank you Francis, because following the papal tradition of recent decades, each visit becomes a teaching of gestures that challenge us and renew our hope.

*Fr. Maximo Jurinovi is the Director of the Communications and Press Office of the Argentine Episcopal Conference