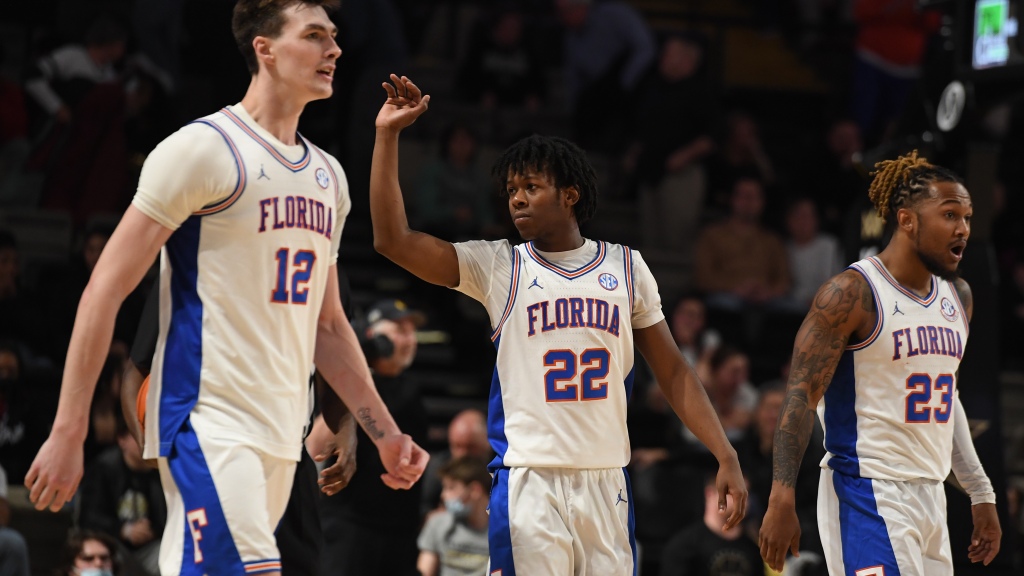 Remember when Phlan Fleming was catching all kinds of grief from Gator fans?

They love the young man now.

Fleming drained a 3-point shot with 6.3 seconds to play to give Florida an important victory in their drive to a possible NCAA Tournament bid. It was another triumph on the road for the Gators and could hold up as a Quad 1 win depending on how Vanderbilt finishes the season.

The Gators (19-11, 9-8 SEC) could not stop Vanderbilt defensively as the Commodores hit a season-high 15 threes.

But in the end, it was Fleming who blocked a lay-up attempt that turned into a fast-break basket by Tuon Gaktek to cut the Vanderbilt lead to one with 21 seconds to play.

“(Vandy) called the play ‘home run’ and I was wondering who they were going to try to get it to,” Fleming said. “I just ran as fast as I could. Everybody in the gym thought he had it. I thought he was going to dunk it.”

Florida then forced an errant inbounds pass to get a shot at the win. Tyree Appleby threw it inside to Colin Castleton, who kicked it out to Fleming for the game-winner.

“Everybody knew we were going to Colin,” Fleming said. “But he’s so unselfish that when the double-team came he threw it out to me.

“The block was better (than the three). I’m a defender first.”

The Commodores still had a chance, getting the ball to Scottie Pippen Jr. who was fouled by Brandon McKissic with 2.3 seconds to go.

Pippen, the SEC’s leading scorer, missed the first free throw on a one-and-one and Castleton grabbed the rebound. He was fouled and made both free throws for the final margin.

“He’s developing and growing right in front of our eyes with an injury,” Mike White said.

Florida led 39-35 at the half on a Fleming mid-range jumper to end the half. The Gators held the edge despite allowing Vanderbilt to make eight 3-point shot attempts.

In the second 20 minutes, it was more of the same.

Florida climbed back to within two but Pippen and Trey Thomas hit consecutive threes with 3:39 to play.

Again, Florida fought back to cut the lead to three, but Vandy extended it to five. Then, something wonderful happened. All told, Florida went on a 9-0 run the final 31 seconds.

“I’ve never been a part of something like that,” said Mike White. “We really stole this one. Vandy was terrific.”

Make no mistake about it, the win doesn’t guarantee anything. But it certainly was another important notch in the belt of a team that at times has had trouble just getting its pants to stay up. 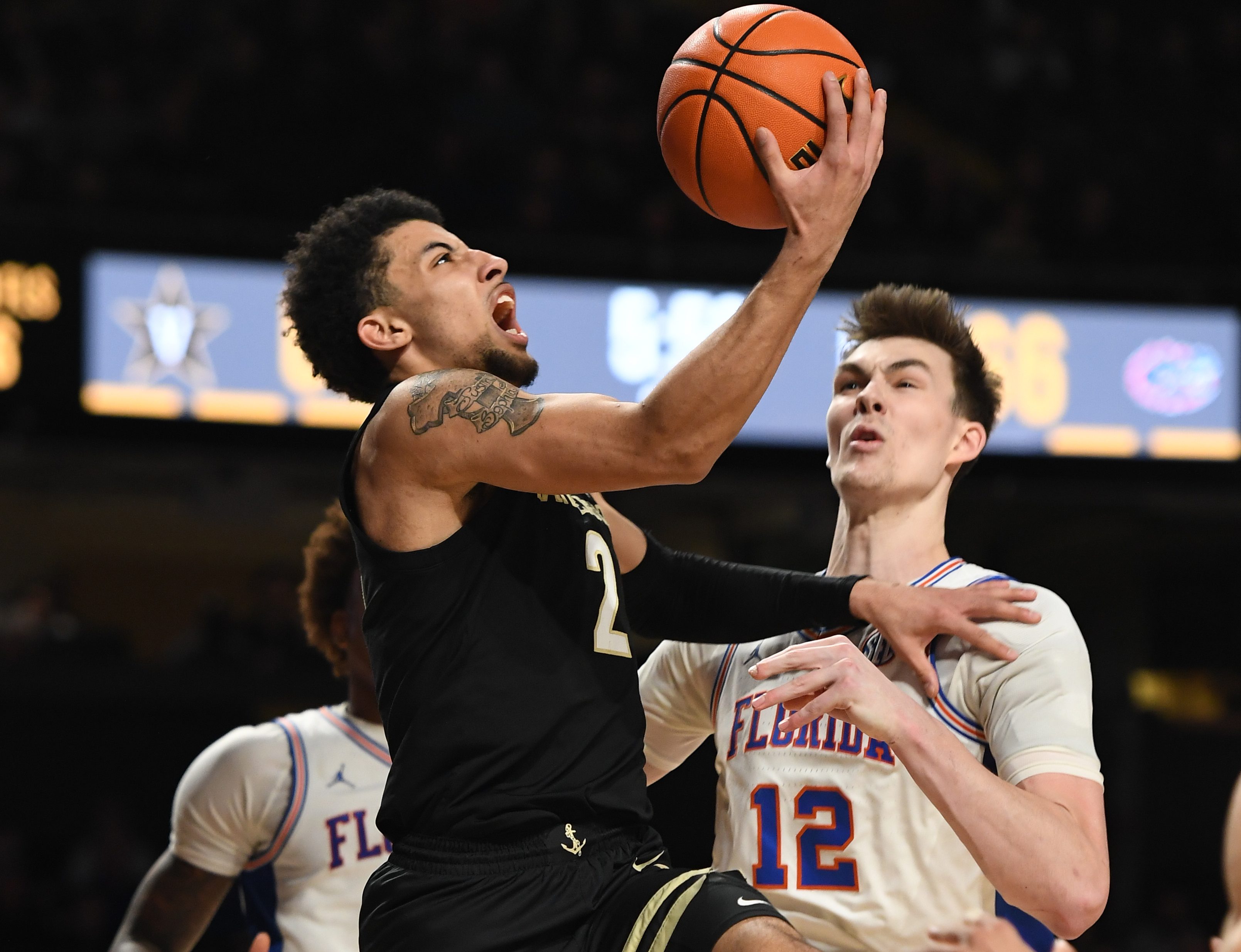 You knew that Pippen would be better than his 1-for-10 shooting performance in Gainesville. He scored 29 points on 11 of 18 shooting. The bad news was that he was 2 of 5 from the free-throw line including the last painful miss. 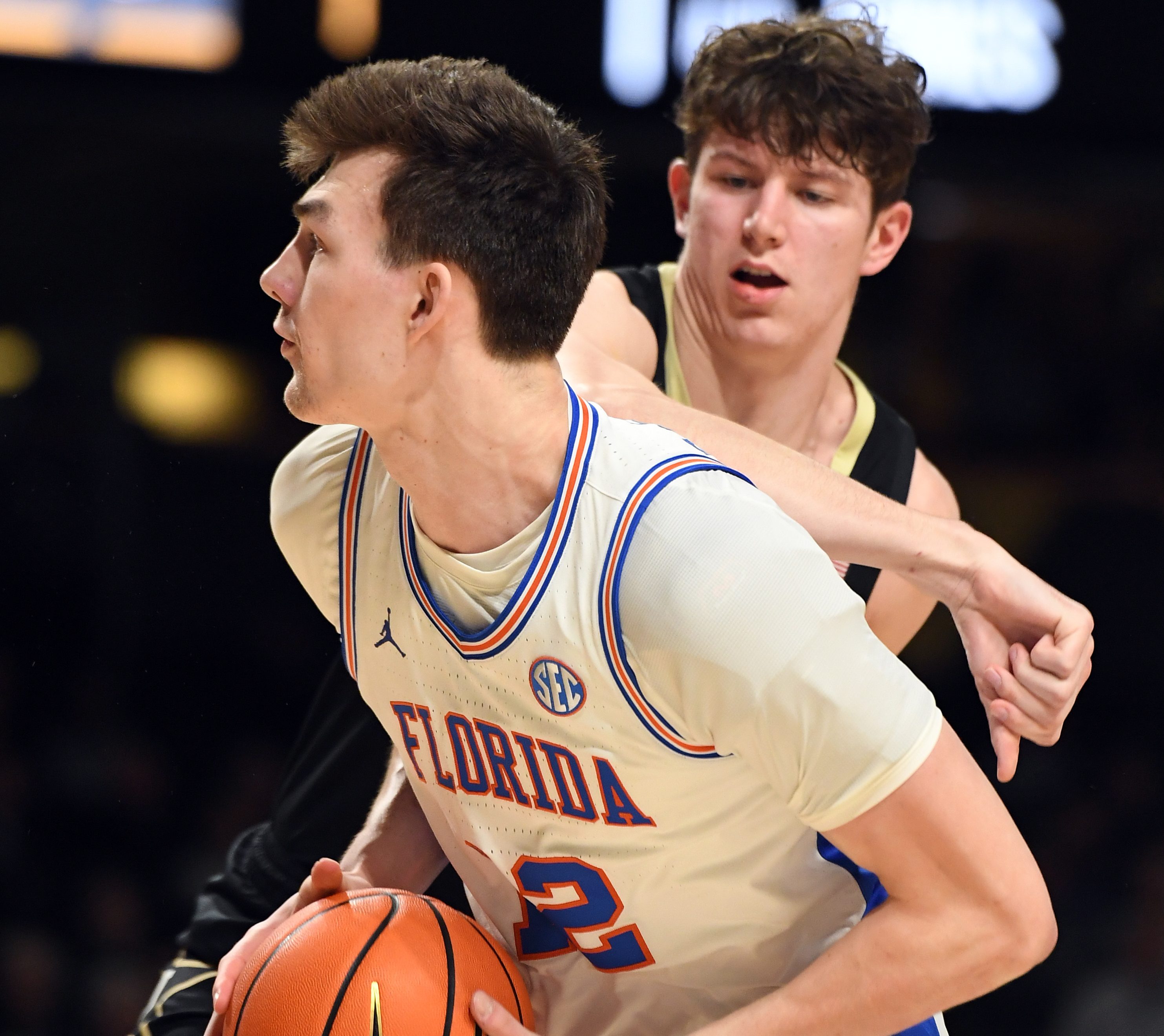 Castleton almost seems as if he is hitting a stride after missing six games early. Despite not being able to practice at full speed because of his shoulder injury, he has carried the team down the stretch. Tuesday night he contributed 19 points and eight rebounds. 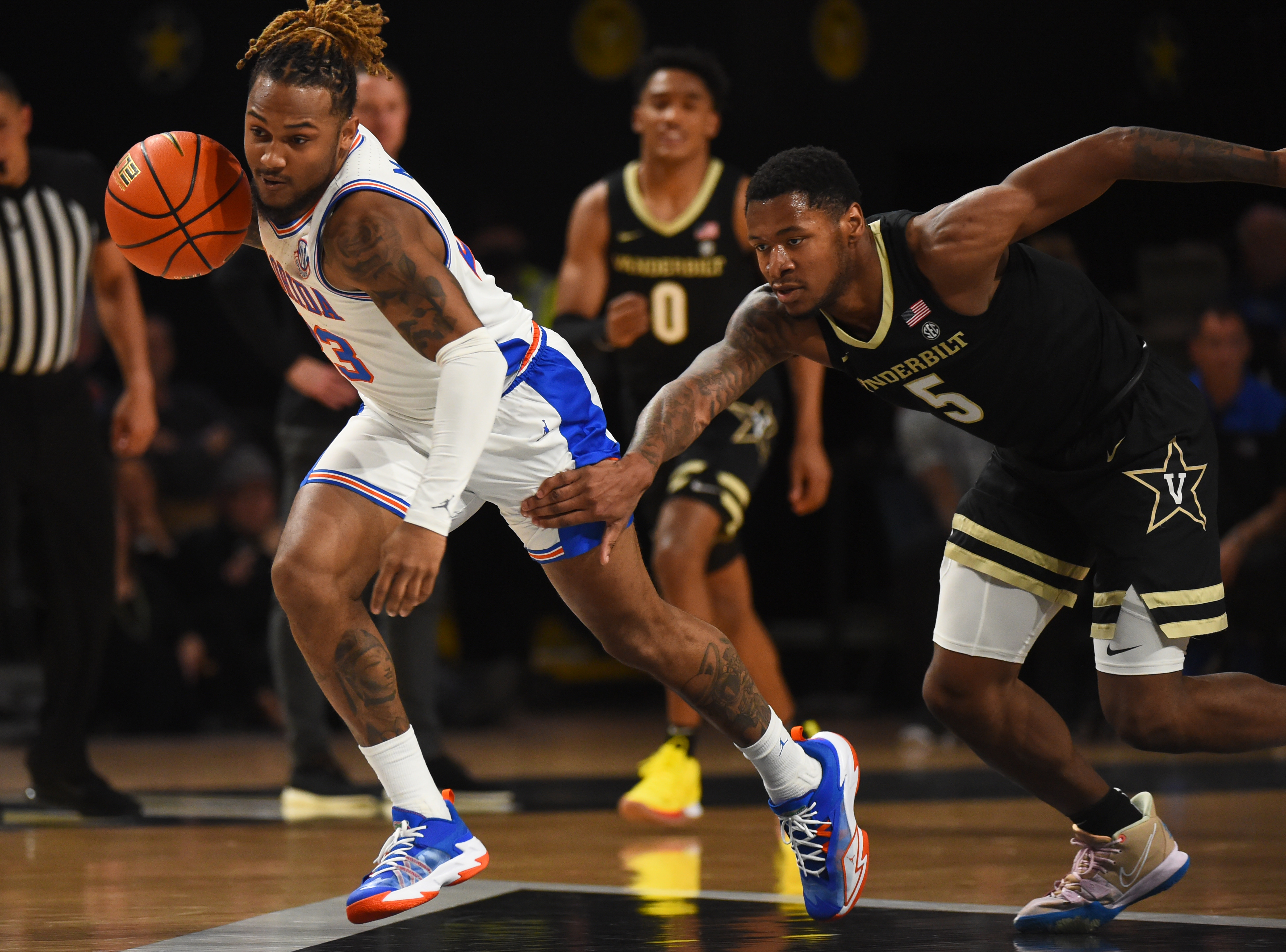 Florida was able to force 15 turnovers in a game that was played at a fast pace. The Gators were able to turn those turnovers into 20 points. 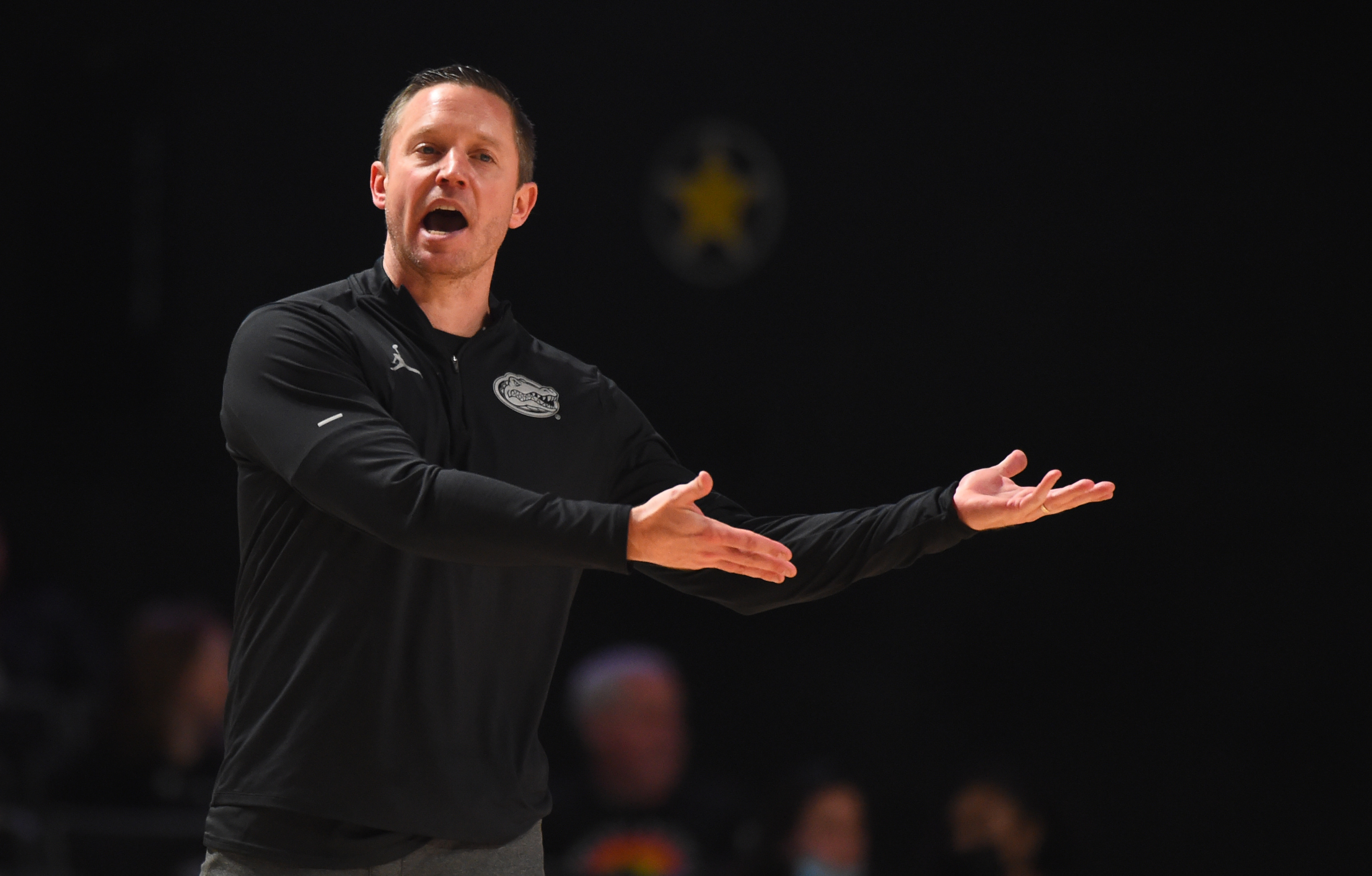 “This was a really good win for us. Credit my guys. What a resilient group.” – Mike White. 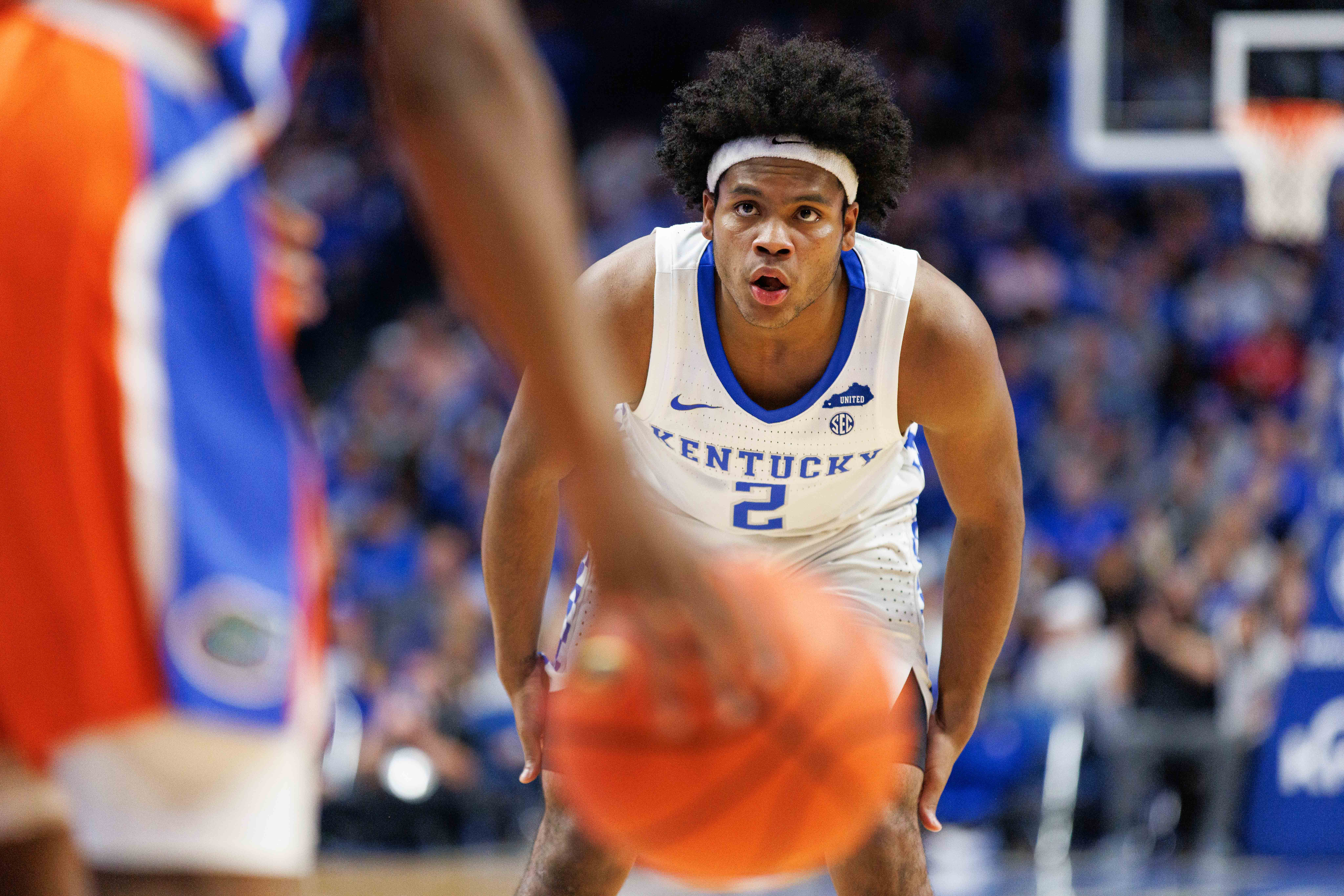 Florida finishes the regular season with a home game against Kentucky Saturday at 2 pm EST. The Wildcats are now 24-6 and 13-4 in the SEC after beating Ole Miss Tuesday night, 83-72. Kentucky beat Florida earlier in the season, 78-57, in Lexington.

Let us know your thoughts, comment on this story below. Join the conversation today,