Freezing cold in Canada: an evil that surprises many 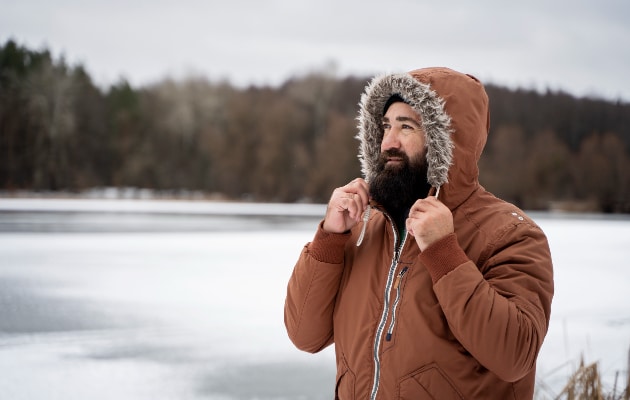 canadian winter Undoubtedly, it is one of the most extreme on the planet. Beyond the fact that we have been able to live in somewhat cold climates, most Hispanic countries have not lived in the temperatures that this country experiences in some areas.

One of the many effects arising from the cold that, if neglected, can have serious health consequences: frostbite. This disease, also known as frostbite, can even lead to amputation of a limb exposed to its negative effects.

So, lest you be taken aback when you head out to enjoy nature and the snow, we leave you everything you need to know about the cold:

This is the freezing of your skin after exposure to cold, and then what’s beneath it, according to the Quebec government’s resources on the subject. Severity can range from permanent temperature sensitivity to the need for complete amputation.

At what temperature are you at risk of frostbite?

Rather than relying on the raw temperature, compare your frostbite risk to your wind chill index, which is a measure of how cold it feels outside on exposed skin. Wind chill indexes between 0 C and -27 C present a low or relatively low risk of frostbite.

Once the temperature drops below -28, your risk becomes moderate. Temperatures below -40 carry a high risk of frostbite, and the colder it is, the faster frostbite occurs, according to the government.

Mild but avoidable superficial frostbite that affects only the surface of the skin, the main symptoms are:

*Severe frostbite is recognized when the skin becomes cold, pale and waxy.