Further explosions in Crimea: after Ukrainian sabotage in Dzhankoye, recorded incidents at the Russian military base in Gvardskoye 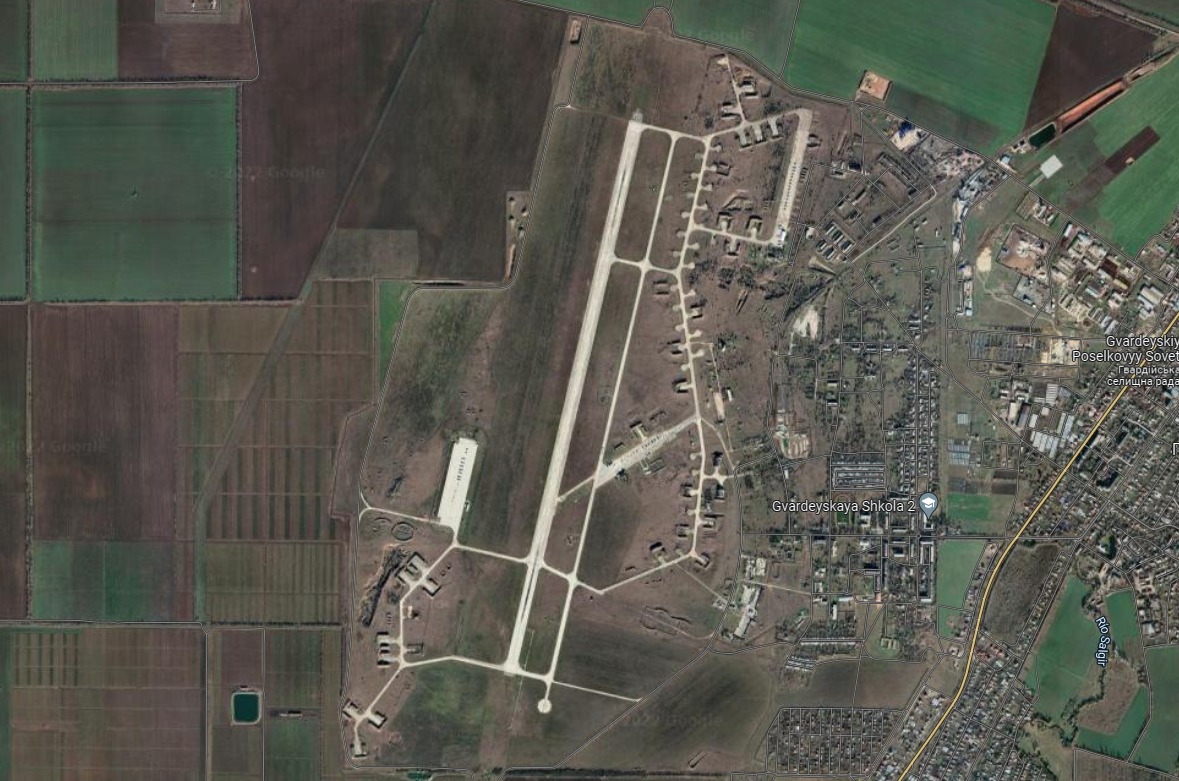 Gvardeyskoye Air Base in the Simferopol region of the Crimean peninsula

The alleged explosion occurred hours after an ammunition depot on the peninsula was destroyed. The Russian Defense Ministry attributed the “sabotage” to the series of explosions around Dzhankoye.

According to a portal source KommersantMilitary departments and law enforcement agencies are investigating Version with drone attack on ammunition depot, Crimean authorities have yet to comment on the situation.

Investigative journalist specialist Hristo Grozev for the portal bellingcatsaid that on the basis of Gvardeyskoye had 12 SU-24M and 12 SU-25SM aircraft from the Navy of the Russian Federation, and was integrated with the Navy.

For its part, the Ukrainian government issued a warning after the explosions.

“August 16 was marked by more explosions in occupied Crimea. The days of ‘quiet’ are over in Crimea After Putin’s full invasion of Ukraine: the area of ​​the peninsula is now used as a base for attacks against Ukraine and as a station for ships, aircraft and military troops. Russian military objects in Crimea are legitimate targets for the Ukrainian Armed Forces. Russia is putting the citizens of Crimea at risk by flooding the peninsula with arms and ammunition.

Explosion at ammunition depot in Crimea

In addition, he recommended residents of Crimea to stay away from potential military targets, noting that Moscow “is unable to defend its military objects.”

,Novofedorivka and Azovske is just the beginning”, he said, referring to the first eruption last week and on Monday.

Crimea, a Ukrainian peninsula annexed by Moscow in 2014, is at the fore of Russia’s military offensive against the former Soviet republic.

At the same time, Many areas of this peninsula are within the range of Ukrainian artillery and drones.,

An intelligence update from the British Defense Ministry said ships of Russia’s Black Sea Fleet “continue to maintain an extremely defensive posture” in the waters of Crimea, with ships barely moving off the coast.

Russia has already lost its flagship, Moskva, in the Black Sea, and last month Ukrainian forces withdrew the strategic outpost of Snake Island off Ukraine’s southwest coast. It is important to guarantee sea routes to Ukraine’s largest port, Odessa.

According to the British statement, “the limited effectiveness of the Russian fleet undermines Russia’s overall offensive strategy.” This means that Ukraine could use resources to pressure Russian ground forces elsewhere.

Meanwhile, in the Donbass, which has been the center of fighting in recent months, a civilian was killed and two others wounded in a Russian shelling, according to Pavlo Kirilenko, the Ukrainian governor of the Donetsk region.

In Kharkiv, Ukraine’s second largest city, Russian shelling killed one civilian and wounded nine others, regional governor Oleh Sinihubov said. He said the overnight attack on the city was “one of the largest bombings against Kharkiv in recent times.”

Authorities in the Central Dnipropetrovsk region also reported shelling in the Nikopol and Krivy Rih districts.

(With information from AFP and Associated Press)