Future with Canadiens is uncertain for Brendan Gallagher 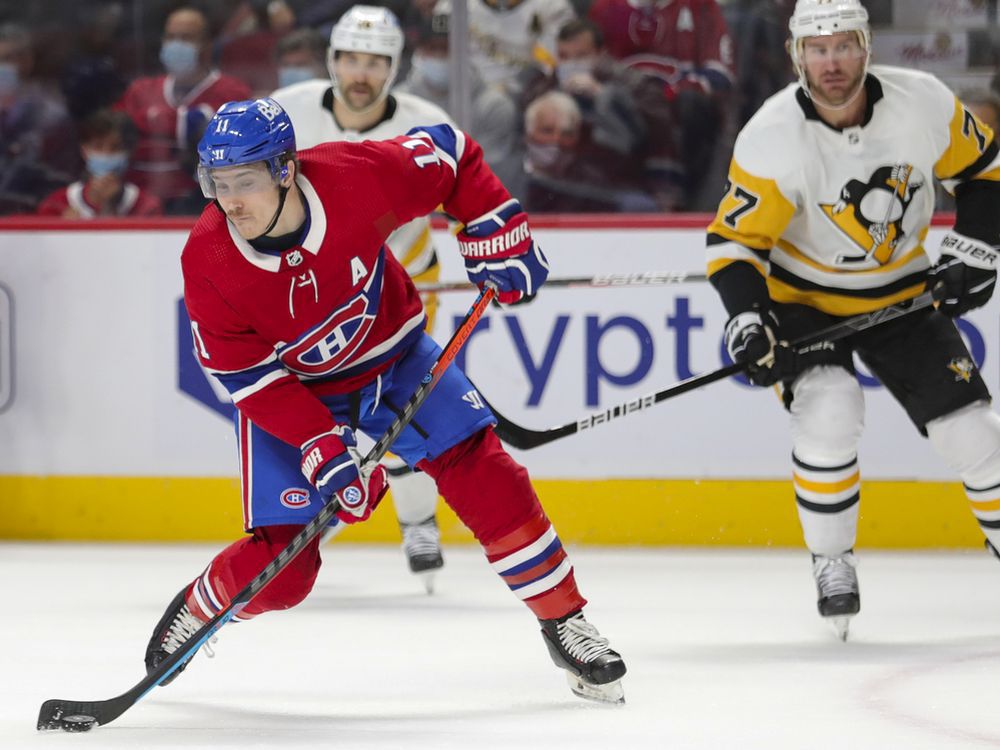 Brendan Gallagher isnt certain what the future holds for him with the Canadiens.

For now, he’s just looking forward to getting back in the lineup Sunday night at the Bell Center against the Columbus Blue Jackets (7 pm, TSN2, RDS, TSN 690 Radio, 98.5 FM).

Gallagher missed his 10th straight game with a lower-body injury Saturday night when the Canadiens played the Edmonton Oilers at the Bell Centre. The 29-year-old right-winger has only played two games since the start of December because of injuries and has 4-6-10 totals in the 25 games he has played.

“It’s been a frustrating couple of months,” Gallagher said after taking part in Saturday’s optional morning skate in Brossard while wearing a full-contact sweater. “Going back to really all of December, I didn’t play and then pretty much go through all of January, I think I played a game and a half. It’s never easy being out of the lineup. You like to pride yourself on being there for your teammates. So I’m looking forward to getting a chance to go to battle with them again. It’s been a long time here and happy it’s all coming to an end, hopefully tomorrow night get back in the lineup and get back to just playing.”

The question now is how much longer will he continue playing for the Canadians?

Gallagher in the first season of a six-year, US$39-million contract after helping Montreal advance to the Stanley Cup final last season. The Canadiens are the worst team in the NHL this season and now have a new management team led by Jeff Gorton, the executive vice-president of hockey operations, and general manager Kent Hughes.

Gallagher hasn’t had a chance yet to sit down with Gorton and Hughes to discuss their future plans and how he might or might not fit in. Gallagher noted there’s a big difference between a rebuild and a reset.

“For me as a hockey player, winning has always been the most important thing and you can’t turn that off,” he said. “That said, being a Montreal Canadian is pretty important to me as well.

“There’s a difference between the two,” he added. “You weigh it all. It’s hard to say what’s more important than the other. As a hockey player, I know there’s just one thing — I play the game to win. That’s really all I want and you want to see that everyone in the organization is on the same page. I’ve said it before — I can’t say it enough — how much I’ve enjoyed being a Montreal Canadien and how good they’ve treated me here and how big of a privilege it’s always been.”

But at this point in his career, it would be understandable if Gallagher didn’t want to stick around for a rebuild. It would also be understandable if Hughes looks to see what he can get for Gallagher on the trade market. Gallagher’s body has taken an incredible beating during his 10 seasons in the NHL because of the style of game he plays, never afraid to go to the dirty areas on the ice despite being only 5-foot-9 and 184 pounds.

Gallagher has a clause in his contract that allows him to submit a six team no-trade list.

One thing is certain: Gallagher has given 100-per-cent effort in all 607 games he has played with the Canadiens and don’t expect that to change. It’s the only way he knows how to play.

“It’s going to take some work, obviously,” Gallagher added. “I think he’s very excited for his opportunity here and we’re excited to work with him. I’m looking forward to getting the chance to figure a lot of those things out as we go along here.”

Sign up to receive daily headline news from the Montreal Gazette, a division of Postmedia Network Inc.

The next issue of Montreal Gazette Headline News will soon be in your inbox.