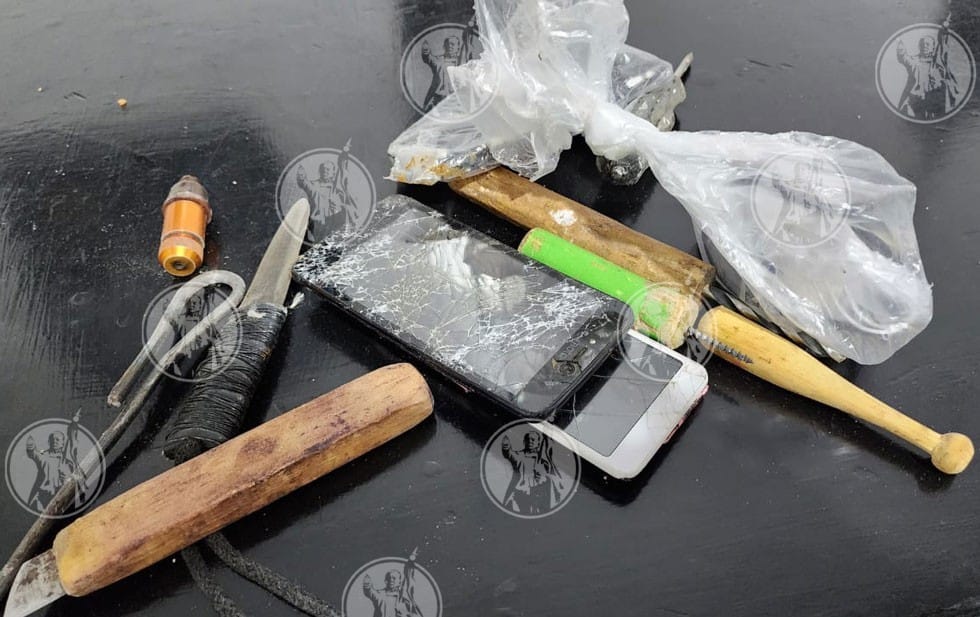 Juarez City.- The State Public Security Secretariat (SSPE) released an official report this Tuesday following a search conducted at the Social Reintegration Center Number Three, highlighting the discovery of “spell” weapons and up to 105,000 pesos in cash.

In the action police found sharp weapons, razors and knives, he asserted.

Drug packages, various food items, medicines and electronic equipment such as air conditioners, televisions, video games and board games were also seized, according to the report.

During the operation, the departure of trucks loaded with furniture was observed. The SSPE indicated that it also detected Molotov cocktails, drugs, and electronic equipment.

The intervention was carried out this Tuesday afternoon, with the support of an Aguila 2 helicopter with officers from three orders of the government, to detect prohibited items as well as to guarantee the regime of the prison, it was detailed.

The report indicates that the searches were conducted in accordance with protocol and with respect for the human rights of persons deprived of their liberty.