Gas Prices Hike by $5 in 13 States and Counting 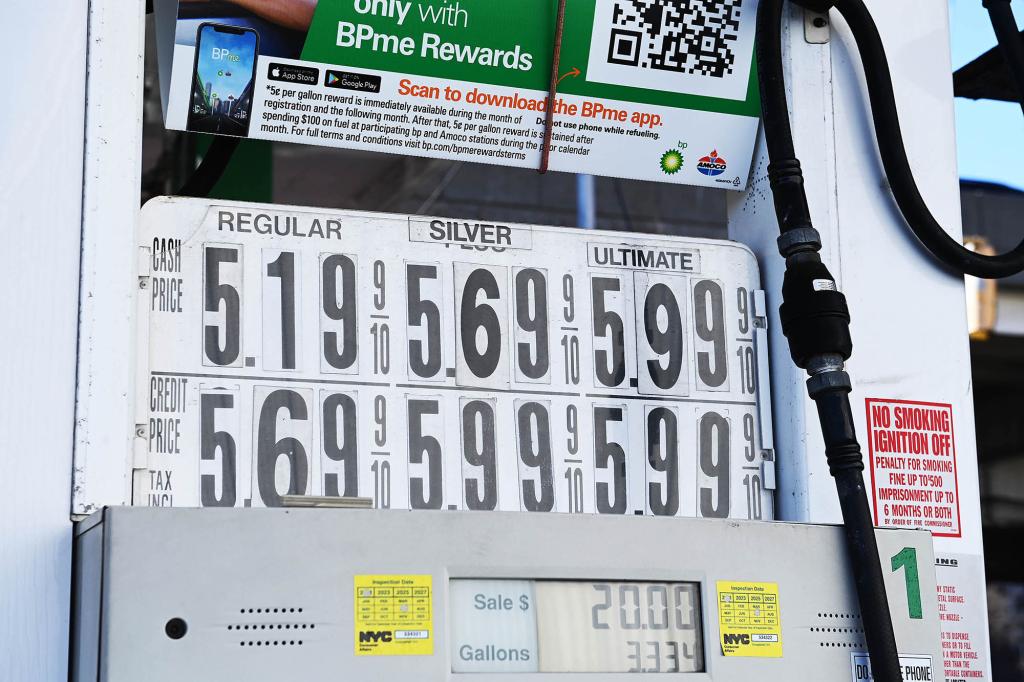 Gas prices have risen to more than $5 a gallon in more than a quarter of the country and are expected to climb even higher as the summer travel season approaches.

AAA price data on Tuesday showed that the statewide average for gas eclipsed the $5 limit in Maine, Massachusetts and New Jersey — bringing the total to 13 states.

People in the Big Apple are already paying more than five bucks for a gallon of unleaded regularly at many gas stations and the average for the rest of the state is $4.940. The national average climbed more than five cents to $4.919 a gallon on Monday.

“After a blistering week of soaring gas prices in nearly every city, town, state, and territory, there is more bad news on the horizon. It doesn’t seem like it now, but when, we can get back to that psychologically significant $5 national average. We’ll arrive at it,” GasBuddy analyst Patrick De Haan said in a blog post earlier this week.

De Haan said, “Gasoline inventories continue to decline even with demand softening due to higher prices, the culmination of lower refining capacity and stronger consumption than before COVID, a situation that doesn’t improve anytime soon.” Is.”

Last month, a JPMorgan Chase analyst warned that gas prices could surpass $6 a gallon by the end of the summer.

The global energy market has been struggling to keep pace with demand for months as countries reopen from the COVID-19 pandemic. The Russian invasion of Ukraine has further disrupted shipments and contributed to the recent surge in oil prices.

The West Texas Intermediate crude oil index, the US price benchmark, settled at $120 a barrel as of Tuesday afternoon. Some experts expect oil to rise even higher in the coming days, causing further pump pain for American motorists.

According to a note to clients obtained by CNN Business, Goldman Sachs expects Brent crude oil prices to reach an average of $140 a barrel between July and September. He added that “a big increase in prices is possible this summer.”

President Biden has largely blamed Russian President Vladimir Putin for the price hike. Limited efforts to reduce gas prices, such as releases from strategic oil reserves, have done little to correct the problem.