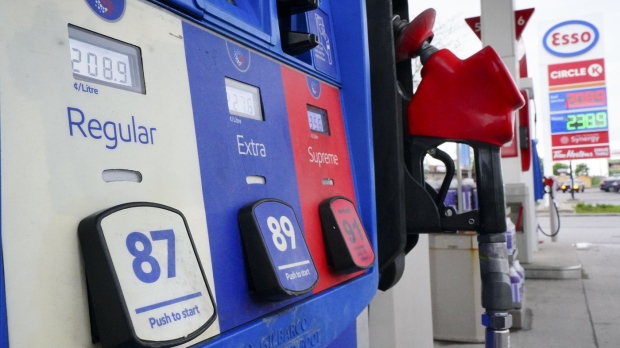 Gasoline prices continued to trend higher across much of Canada over the weekend and experts are warning of further increases this week.

On Sunday, Vancouver hit a mind-blowing price of nearly $2.37 a liter over the weekend, while Montreal saw gasoline prices just under $2.24 a liter, according to Gas Wizard, which is run by McTeague. .

Fuel prices are expected to rise another three cents in the coming days, he said, with average gasoline prices forecast to hit $2.12 a liter nationwide by Monday night.

In the Atlantic provinces, where gas prices are regulated, McTeague said regulators could use so-called break clauses to introduce mid-week price increases.

Gasoline prices have risen rapidly over the past year as the Russian invasion of Ukraine worsened global supply shortages.

Prices have also been pushed up by strong demand as the economy reopens and a busy travel season kicks off.

Rising gasoline prices are compounding the economic cost of inflation for Canadians.

Higher fuel prices have a knock-on effect throughout the economy, driving up the prices of most goods and hurting consumer confidence.

“Energy prices have a cascading effect on the price of food and other goods,” McTeague said.

In a statement, CAA offered Canadians tips for improving the fuel economy of any car.

Additionally, CAA said drivers should minimize so-called cold engine running, which means drivers should start the engine and then drive the car normally to warm it up.

This report from The Canadian Press was first published on June 5, 2022.