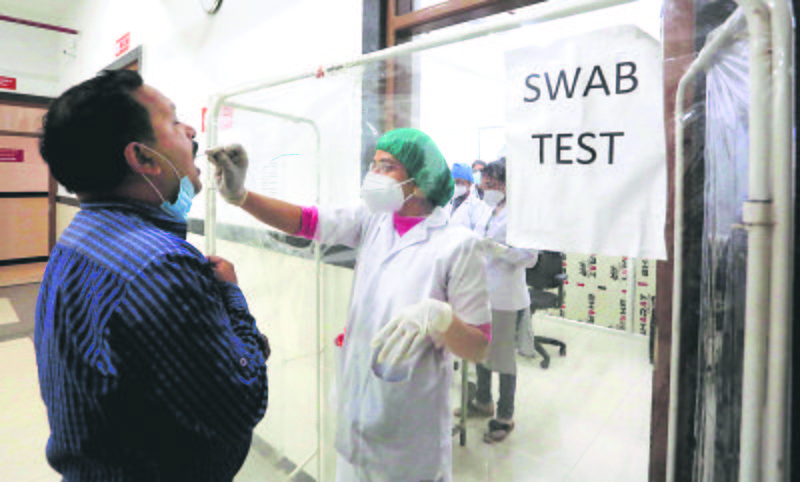 The Kovid-19 pandemic is getting weaker in many countries around the world. Although the caseload is still high, the outcome of those infections – moderate to severe illness and hospitalization – is relatively mild. Life is returning to normalcy in many, if not all, countries. People are making possible adjustments to learn to live with SARS-CoV-2. In the coming months, COVID may turn into an endemic disease. However, the endemic phase will be achieved by different countries at different times, depending on the level of their past infections, vaccination coverage and population behaviour. Then, one day, in the coming months, the pandemic will be declared over.

Against this background, discussions have begun on when the next pandemic will spread. Which pathogen (new or old) could be the cause of the next pandemic? In a recently released book, Bill Gates has argued that the next pandemic could happen 20 years from now. However, many others argue that to think that it may take another 20 years for the world to face a new pandemic is too optimistic. The gap between the last pandemic before Covid-19 was just 11 years ago, caused by swine flu H1N1 (2009), which occurred in 2009-10. Then, between the previous and ongoing pandemics, there have been five disease conditions, which were declared as Public Health Emergencies (PHEICs) by the World Health Organization. Every PHEIC has the potential to turn into a pandemic. COVID-19 was declared as PHEIC on January 30, 2020, six weeks before it was declared a pandemic on March 11, 2020.

Outbreaks and epidemics occur regularly in different parts of the world. Then, with each passing day, the likelihood of new diseases and the emergence of the next epidemic is greater than the previous day. There are several reasons for this: global warming and rising temperatures as a result of which microbes adapt and survive to new conditions and places; Deforestation and increasing human intervention in forests mean new microbes that come into human contact; Rapid and unplanned urbanization and dense settlement in cities contribute to the rapid spread of infection. Faster and better air travel connectivity ensures that a human (and a pathogen) can travel from one part of the world to another in less than 24 hours.

Let’s understand how rising temperatures and climate change increase the likelihood of future pandemics. A study in the prestigious journal Nature has estimated that if the Earth’s temperature rises by 2 degrees Celsius in the coming 50 years, the chances of a pandemic will increase manifold. A 2 degree Celsius rise in temperature would mean that wild animal species would be forced to settle in new areas closer to human settlements, the study said. If this happens, the germs that spread the disease will also come in contact with humans. In that scenario, by 2070, 10,000 to 15,000 new microbes (bacteria and viruses) previously confined to animals and forests will come into contact with humans. Thus, since all these microbes would be new, humans would have no prior immunity, increasing the potential for disease spread and epidemics.

The link between global temperatures and the spread of diseases is not a new revelation. It has long been established that human, animal and environmental health are intertwined. According to a scientific estimate, every year 13 million people worldwide are dying from environmental factors that are avoidable. It has to be understood that when forests are cut down for indiscriminate development, these microbes easily come into contact with humans. The COVID-19 pandemic is another proof of this interconnection and one of the possible sources in the chain of origin of SARS-CoV2 is through forests, bats and animals in the meat market before reaching humans.

This knowledge and understanding will motivate us to act. There is a renewed focus on the ‘One Health’ approach that proposes measures to protect the health of animals, the environment and humans. It is one of those ways and working together at the national and global level can delay and escalate the next pandemic. There is a great need today to commit to better health for present and future generations without tampering with the environment. Governments have to ensure that there is no harm to nature in the name of development. By stopping global warming, we can avoid diseases and governments have to take steps together. Concerned citizens and civil societies, elected representatives and governments need to work together. The economic cost of epidemics and epidemics is heavy for any society. With a very small fraction of that cost as investment in pandemic preparedness and response, we can delay future pandemics.

Epidemics can spread for many other reasons as well, and we must be prepared for them as well. Every country must continue to prepare for and respond to any future outbreaks and pandemics. Vaccine research and development should be better funded and prioritized. Disease capability and genomic surveillance have to be strengthened at multiple levels. Governments should enhance public health services including primary health centres. One way to do this is to combine pandemic preparedness with preparedness to deal with other natural disasters. We cannot stop outbreaks and epidemics completely. However, with the help of modern science, we can prevent some, delay some and reduce the impact of others.

The big lie is still the driving force in Republican politics