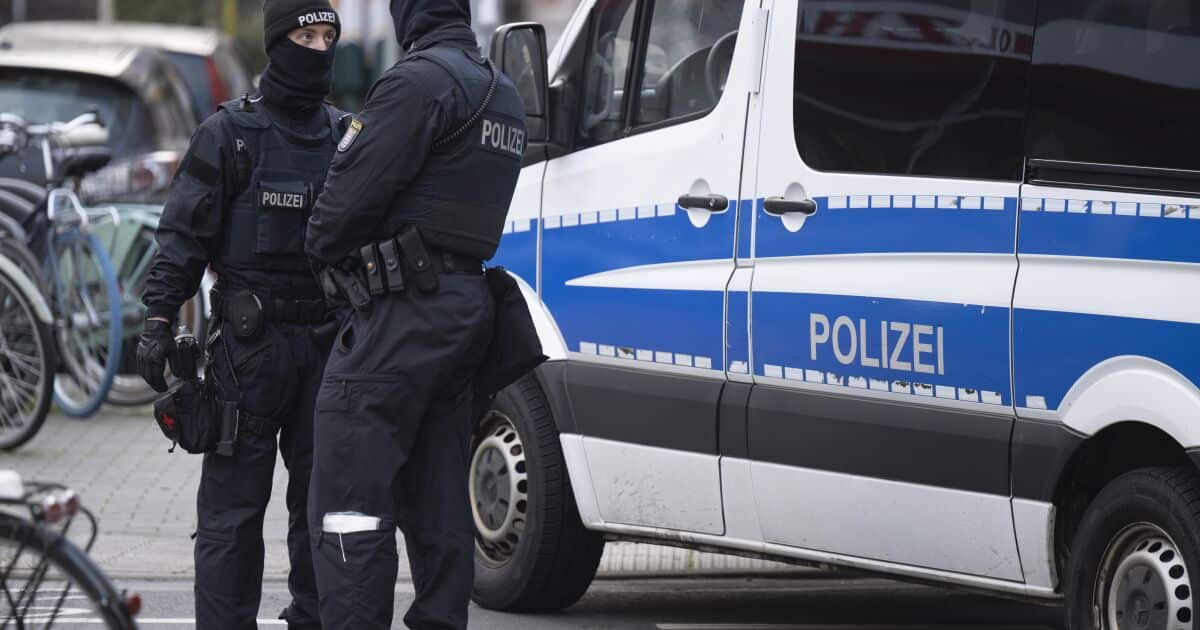 BERLIN ( Associated Press) – Thousands of police officers raided much of Germany Tuesday against suspected far-right extremists who apparently wanted to overthrow the government by force.

Some 3,000 officers participated in searches against so-called citizens of the Red movement at 130 locations in 11 of Germany’s 16 states. Some members of the group rejected Germany’s post-war constitution and called for the overthrow of the government.

Justice Minister Marco Buschmann described the searches as an “anti-terrorist operation” and said the suspects may have planned armed attacks on state institutions.

According to prosecutors, twenty-two German citizens were detained on suspicion of “membership of a terrorist organization”. It said three other people, including a Russian national, were suspected of supporting the organisation.

The barracks of the KSK, a German special forces unit, were searched in the southwestern city of Calv, according to the weekly Der Spiegel. The unit has been investigated in the past for alleged membership of some soldiers in far-right groups.

The federal prosecutor’s office declined to confirm or deny whether the barracks had been searched.

In addition to operations in Germany, one man was arrested in the Austrian city of Kitzbühel and another in the Italian city of Perugia.

The detainees are alleged to have “formed a terrorist organization last year with the aim of overturning the existing state system in Germany and turning it into their own state, which was already in the process of being established.”

The prosecution said that the suspects knew that their objective could only be achieved by military means and force.

They allegedly believed in “a set of conspiracy theories involving messages from so-called citizens of the Reich as well as QAnon ideology,” according to the prosecutor’s statement. He also believed that Germany was ruled by a “Deep State”, a belief that was similar to unfounded claims expressed by former US President Donald Trump about his country.

The alleged leaders of the group have been identified only as Heinrich XIII pr and Rüdiger V. P., in accordance with German privacy laws. Der Spiegel indicated that the latter is a 71-year-old celebrity who is a member of the German minor nobility, while the former is a 69-year-old former paratrooper.

According to prosecutors, Heinrich XIII PR, whom the group planned to make the new leader of Germany, had contacted Russian officials to negotiate a new order in the country. He was reportedly assisted by a Russian woman, Vitalia B.

Prosecutors said, “Based on our current investigation, however, there is no indication that the people contacted responded positively to their request.”

Another person detained on Wednesday has been identified as Birgit M.W. Der Spiegel indicated that the woman is a judge and former lawmaker for the far-right Alternative for Germany party.

The party, known by the German acronym AfD, has come under the scrutiny of German security forces because of its links to extremists.