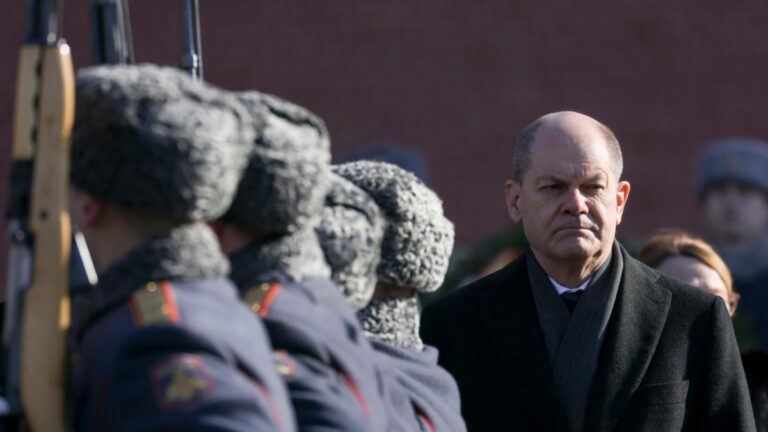 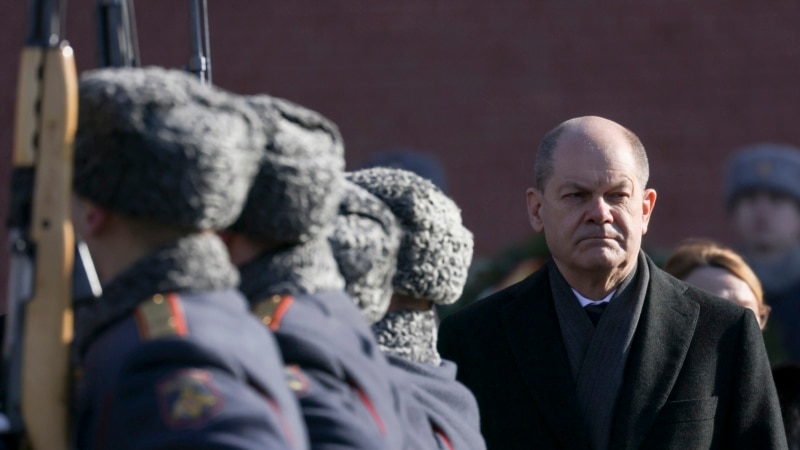 Russia said Tuesday some of its forces deployed near Ukraine would return to their bases after completing military drills.

In a statement, Defense ministry and Igor Konashenkov said large-scale drills across the country will continue, but that some units of the Southern military districts had completed their exercises and started returning to base. The troop movements could not immediately be confirmed.

“As the training comes to an end, the troops, as usual, will march back to their home stations,” the said. “Units from the Southern and the Western military districts that completed their tasks already have started loading on trains and motor vehicles. They will start moving to their home bases. Individual units will march on their own in military columns.”

The announcement comes amid a flurry of diplomatic efforts to prevent a feared Russian invasion of Ukraine. German Chancellor Olaf Scholz traveled Tuesday to Moscow to discuss the Russia-Ukraine crisis with Russian President Vladimir Putin, as Germany called for a peaceful resolution through dialogue and warned the situation could “escalate at any moment.”

German Foreign Minister Annalena Baerbock said in a statement that it is up to Russia to de-escalate and withdraw its troops from areas along the border with Ukraine.

Pentagon press secretary John Kirby told reporters Monday, “Even over the last 24 to 48 (hours) … Mr. Putin has added military capability along that border with Ukraine and in Belarus. He continues to do the things that you would expect one to do if one was planning on a major military action.”

Russia has denied it plans to invade Ukraine, while seeking security guarantees from the West such as a guarantee that the North Atlantic Treaty Organization will not admit Ukraine.

The United States, NATO and Ukraine have rejected that demand, saying countries are free to make their own security agreements.

The Pentagon said Monday that Defense Secretary Lloyd Austin and NATO Secretary General Jens Stoltenberg discussed by phone “the importance of maintaining strong deterrence and defense and ultimately that Russia’s actions will achieve the opposite of their intended effect – a stronger and more unified NATO Alliance, positioned to deter and defend against aggression along NATO’s eastern flank.”

Austin is set to attend a meeting of NATO defense ministers this week in Brussels, and to visit Ukrainian neighbors Poland and Lithuania.

US Secretary of State Antony Blinken announced late Monday a sovereign loan guarantee of up to $1 billion for Ukraine to “bolster Ukraine’s ability to ensure economic stability, growth, and prosperity for its people in the face of Russia’s destabilizing behavior.

A NATO official, in an email to VOA, characterized the tense standoff as “a dangerous moment for European security. A major conflict in Ukraine could see large numbers of displaced people fleeing the fighting. There is still time to avoid such unnecessary suffering. Everything must be done to avoid this kind of an impact on civilians.”

Zelenskiy said in a video address to the nation Monday that he had heard Russian military action could begin on Wednesday, and said he was proclaiming the day as one of national unity. He did not say how he got the information.

In Moscow Monday, Lavrov told the Russian leader that although the US and NATO have refused to halt weapons shipments to Ukraine or roll back their forces in Eastern Europe, they have offered to negotiate on missile deployment in Europe and military exercises in NATO countries closest to Russia.

Asked by Putin whether it made sense to continue to engage diplomatically with Western leaders, Lavrov replied that the talks “are far from being exhausted,” and he proposed continuing them.

Lavrov said the discussions “can’t go on indefinitely, but I would suggest to continue and expand them at this stage.”

A reporter for VOA’s Russian Service says propaganda from Russia has been increasing in Ukraine’s eastern Donbass region, where pro-Russian separatists occupy territory. Sources say it has been relatively calm in the region, with no Ukrainian military causalities there for more than a month. However, they say the local population is increasingly nervous because of a rise in local propaganda that is echoed by media outlets in Russia, raising the prospect of an invasion.

Russia has surrounded Ukraine on three sides with an arsenal of armaments and 130,000 troops, from its ally Belarus to the north, from Russian territory to the east and in the south with a deployment of warships patrolling the Black Sea alongside the Crimean Peninsula it annexed from Ukraine in 2014.

The US says its intelligence suggests that Russia could invade Ukraine at any moment and urged Americans living there to leave the country immediately. Some commercial airlines have stopped flying to Ukraine because of the fear of imminent warfare.

Some information for this report came from The Associated Press, Agence France-Presse and Reuters.