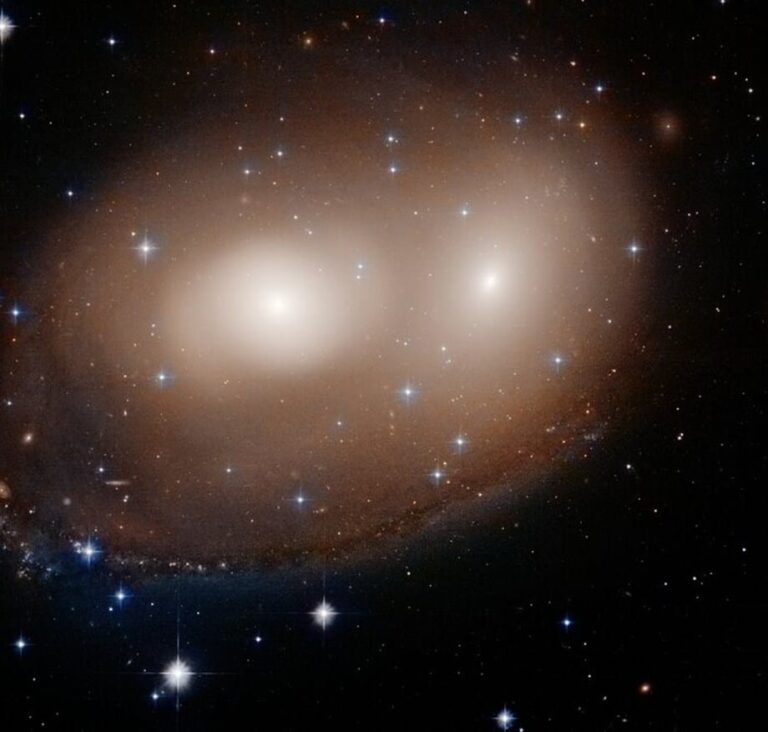 “The twinkling eyes and crooked smile seen in this new shot from the NASA/ESA Hubble Space Telescope are the early stages of a collision between the two galaxies,” NASA wrote on its website. The photo was originally published by the agency in 2020.

Its visibility is about 109,000 light-years, about the diameter of our Milky Way galaxy. The color of the pumpkin overall corresponds to the light of a dark red star in a binary galaxy, and the glowing eye is a collection of stars around a pair of supermassive black holes.

What do you see? Maybe a cat bent over, or making a sandstorm, or two eyes! Hubble has captured a couple of galaxies spanning 100,000 light-years. The glowing “eye” is a cluster of stars surrounding a supermassive black hole. https://t.co/agBCu5WLyv pic.twitter.com/mdTL1akYvh

The Hubble Space Telescope is an international collaborative project between NASA and the European Space Agency (ESA). The space observatory has made more than 1.5 million observations of nearly 50,000 celestial objects during its 32 years of operation and astronomers have published more than 19,000 scientific papers using Hubble data.