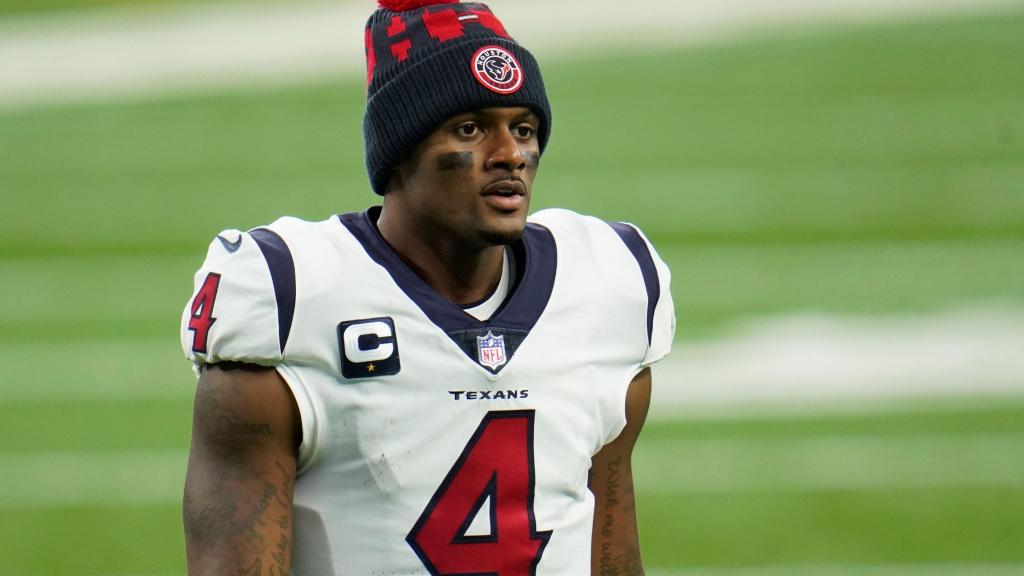 Giants co-owner John Mara and GM Joe Schoen unequivocally backed Daniel Jones on Wednesday as their starting quarterback for 2022 — even though the team hasn’t even hired a head coach.

“We do feel that Daniel can play,” Mara said after Schoen’s introductory press conference at the Giants’ facility in East Rutherford. “We’ve done everything possible to screw this kid up since he’s been here.”

Mara was echoing Schoen, who committed to Jones publicly in his sixth official day on the job.

“When the new staff gets in here, we’ll build an offense around Daniel to accentuate what he does best,” Schoen said.

In the process, Mara shut down any speculation that the Giants might pursue Houston Texans quarterback Deshaun Watson, who faces lawsuits from 22 women alleging sexual assault and harassment.

“We’re not trading for Deshaun Watson,” Mara said. “There’s so many reasons why we wouldn’t do that. For cap reasons we couldn’t afford it but more importantly with the allegations that are out there, it’s just not the right thing for us.”

Mara and Schoen weren’t asked about possible pursuits of quarterbacks like Russell Wilson and Aaron Rodgers, but they made clear they’re riding with Jones.

Read Also:  Comfort proves to be a powerful weapon for Buster Posey at 34

“I have a lot of hope in Daniel,” Mara continued. “I know how badly he wants it. I know the players feel about him. So we are certainly not giving up on him by any stretch of the imagination.”

According to sources, the Giants saying no to Watson does not rule out Brian Flores as a Giants head coaching candidate. The idea Flores needed to bring Watson with him was never true.

Flores did advocate for Miami to trade for Watson last year before his firing, though. Pursuing an elite quarterback is important to him.

His interview for the head coaching vacancy is Thursday morning at the Giants’ facility, and the plan for the QB position for 2022 and the future unquestionably will be a key conversation point.

Schoen said he would wait until hiring a head coach before deciding on whether to pick up Jones’ fifth year option for 2023, at least.

“We’re gonna talk about that when the head coach gets in here and the offensive staff,” Schoen said. “We’re gonna evaluate him as a group. I haven’t talked to the training staff, strength staff, and a lot of the support staff on players yet. So we’re gonna get together as a group. Once we get more information, we’ll make that. We have until May, so we’ll take our time on that one.”

Jones, whose third pro season ended prematurely due to a neck injury, was standing in the back taking in Schoen’s press conference as the GM committed to him.

“The kid has physical ability, he’s got arm strength, he’s athletic, he can run,” Schoen said.

Whose offense Jones will be running is now the question.

Several league sources believe Bills offensive coordinator Brian Daboll is the favorite to be the Miami Dolphins’ next head coach.

So if Daboll goes to South Beach, that means the Giants’ next head coach likely will be a defensive-minded CEO who needs to hire an offensive coordinator to work with Jones.

The next OC will be Jones’ fourth play-caller in four years following Pat Shurmur, Jason Garrett and Freddie Kitchens.

Biden vows to evacuate all Americans – and Afghan aides

Boulder, Northern Front Range is an early leader in the field of artificial intelligence