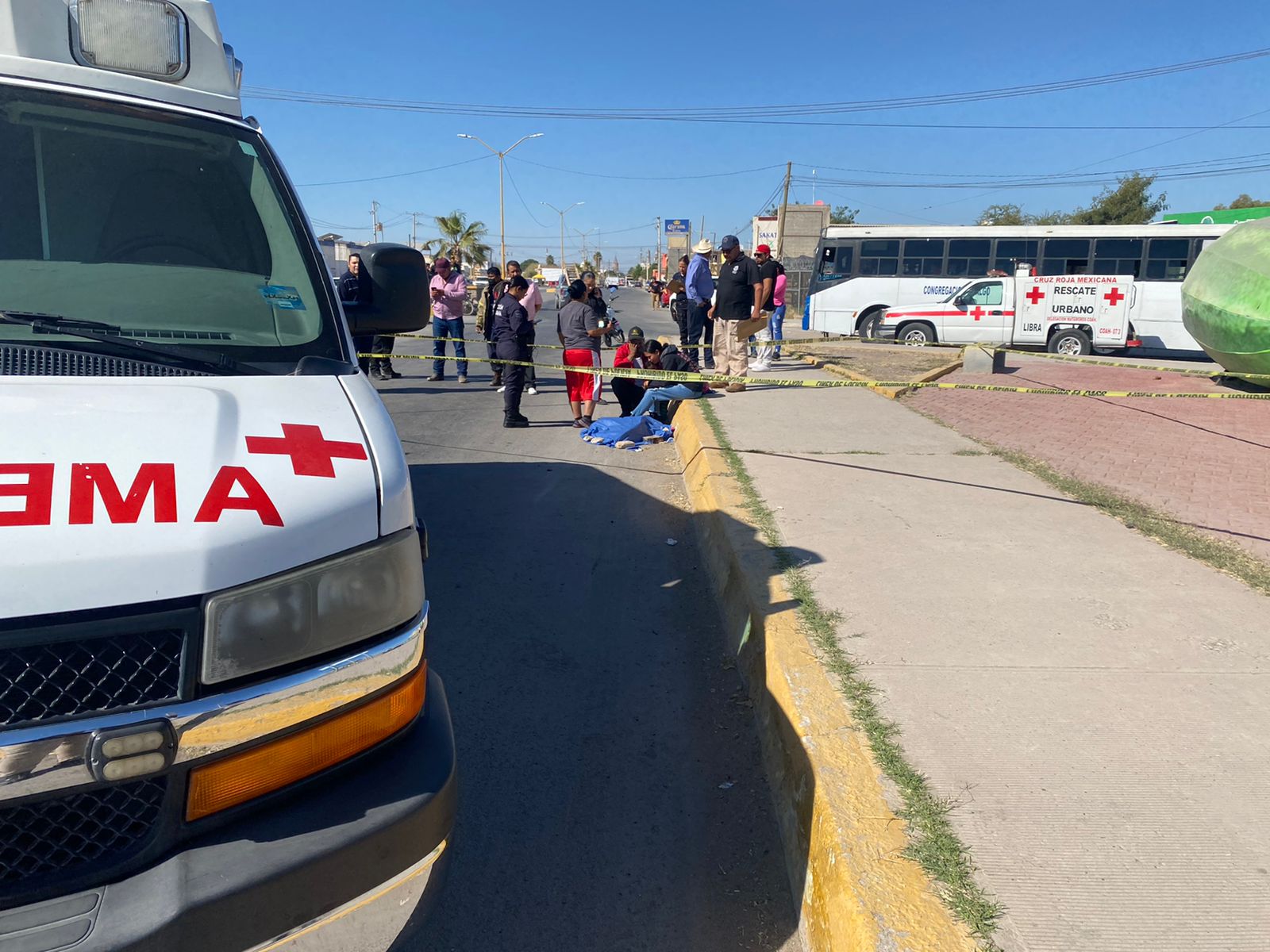 The operator of a bus ran over three girls as they tried to cross the free highway to Saltillo, where Matamoros Meloneras is located. Two infants died in the accident and the person responsible fled from the spot.

The events of Sunday morning were recorded when the woman, identified as 29-year-old Brenda Nereda, was accompanied by her 11-year-old daughter Miriam; Melissa and Melina, both five years old; He crossed the said road. at the height of the Santa Cecilia neighborhood,

At a certain time the woman first sent the girls to cross the road The operator of the Congregation Hidalgo Route bus, marked with the number 15, ran him over.Except the girls lying on the pavement.

Witnesses to the accident requested help from the state emergency system line 911, Therefore, traffic and highway agents, personnel of the Red Cross, the Civil Police of Coahuila and agents of the Civil Defense attended the scene.who reviewed the three minors, found that Melina was no longer alive, while the rest were transferred to Clinic No. 79 of the Mexican Social Security Institute (IMSS).

It was reported that Melissa was hospitalized with a severe head injury and pneumothorax, which made her in critical condition; Even then, Despite all the efforts of the doctors, he finally died in the same hospital.,

It was also indicated that the eldest of the girls had been admitted to the hospital and her health condition was said to be stable.

The accident site was secured by preventive agents awaiting the arrival of officers from the State Attorney General’s Office, investigative agents from the Ministry of Public Affairs and Specialist Services Unit personnel on their way to the scene, who responded to the incident. Had done compatible action.

Likewise, the authorities ordered the transfer of bodies to the facilities of the Forensic Medical Service (CEMFO) for the practice of rigorous necropsy.

It was revealed that the truck operator fled when he realized what had happened and agents later managed to stop the unit; Despite this, it was reported that the driver involved had already fled and that whoever was driving the truck at the time was another person who was taken into custody., The investigation folder was opened by a public ministry agent in charge of the investigation needed to identify the alleged perpetrator.