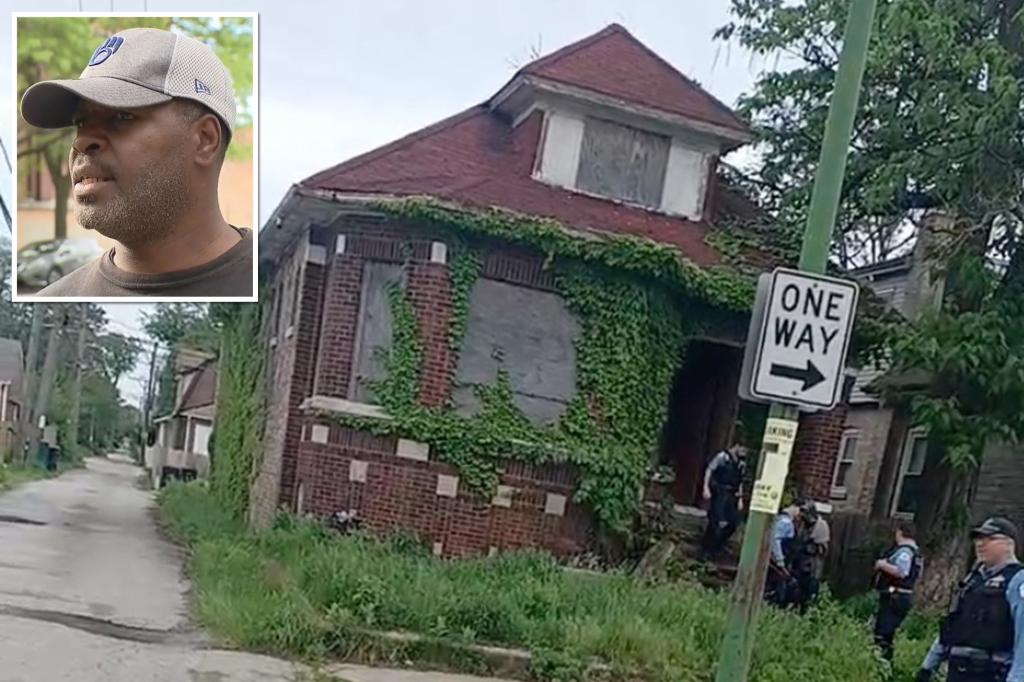 A Chicago woman claims she was kidnapped, raped and chained inside an abandoned building for several days — until a good Samaritan who heard her screams for help saved her, according to reports.

The woman said she was walking to a store in the city’s South Side neighborhood last week when she ran into the suspect, a man in his 60s she had encountered before.

“I ended up bumping into him and he was like, ‘You know, come here for a minute,'” she told WGN News, adding that the man then grabbed her.

“I’m trying to fight him but I can’t fight him,” the victim told the news outlet.

The man took her to a vacant house on South Eggleston Avenue, where he put her in the basement and then dragged her to the attic, she said.

“He raped me twice. He left me in there handcuffed and chained,” she recounted about the horrific ordeal, adding that she cried for help for several days until about 5:30 pm Saturday.

Around that time, community activist Antione Dobine — also known as “D-Ice” — happened to be walking by and heard her desperate pleas.

“As I got closer, I’m hearing boom, boom, boom — ‘help!’ That’s what made me call the police,” the Hands Around the Hundreds community activist told WGN.

“I just located a girl inside of this house. Police say she’s chained up,” he said on Facebook Live as he made his shocking discovery.

Dobine said he saw a man fleeing before police arrived and took the woman to a hospital.

“I waited for them to come, and when police got here, they discovered there was a young lady in there, handcuffed and chained,” he told NBC Chicago.

West Pullman resident Louis Walton-Muhammed told WGN he hoped the crime sheds light on the problem of abandoned properties in the area.

“Let’s walk through the homes. Let’s do a search. Let’s lock it back up and make sure everything is OK,” he said.

Dobine said he plans to raise money to help turn such properties into resources for the area.

The victim expressed her appreciation for his response to her plight.

“He could have ignored me but he heard me and he helped me. I’m just blessed, I’m truly blessed,” the woman told WGN. “I believe he [the kidnapper] will strike again. I just want him caught.”

Why local marketing still matters in the digital age

Normando Valentin on Efrain Arroyo: “He didn’t tell us he wasn’t vaccinated”