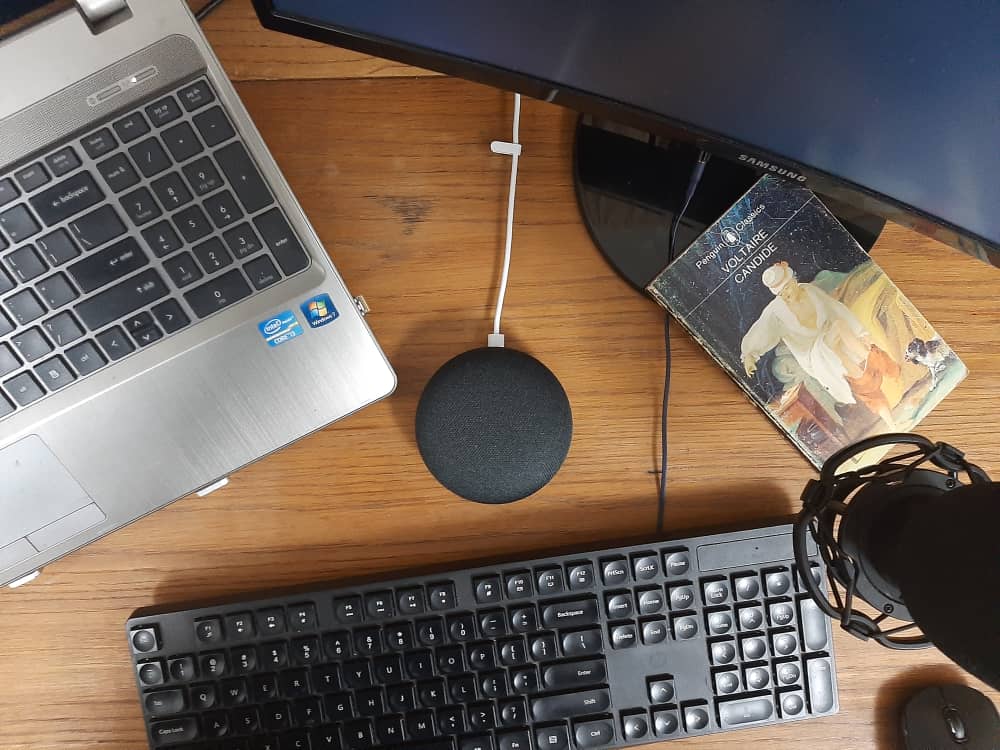 Roughly six months ago I bought a Google Home Mini to see what kind of utility this device would bring. I know a lot of people said that they can’t do without them so I tried it and from my initial review, it was not too bad. As the months passed I began to notice a disturbing trend with my conversations with the speaker… I realized I was relying too much on it and that it was a tool I thought I could use. Will disconnect and store in a drawer immediately after review.

And yes, I get what they made it for, but I didn’t think I’d fall into the trap of essentially needing alphabet ears in my house. i mean i never connected my iphone to speaker and one day it told me (after a request),

,If you have an iPhone, you’ll need to download the Assistant app,

Trippy right? And I downloaded the app on my iPhone because the Home Mini automates many tasks I’ve done by hand and it’s annoying for someone like me who was a Luddite when these devices arrived. So what am I really gutting about?

My designated intelligence agent thinks I’ve lost my mind if he doesn’t know what the equipment was because I say “hey google“More times than I’d like to admit. Whenever I need to set a reminder for something, write something down, or add something to the calendar, I ask the now back chatting Bluetooth speaker to do it.

It has gotten to the point that I no longer use my notebook to do many of the tasks I would normally do by hand. And yes I get it, that’s what the tool was made for but you have to understand that I am one of those people who really like to write on paper despite some (I will not name anyone) Say my handwriting is not readable.

What I can’t ignore is that I’ve saved a ton on buying notepads and pens. It syncs everything with my phone, so if I’m never away from what I set.

i don’t even turn on the tv anymore

yes… i know anyone who knows this device is totally aware of this feature… so basically if i ever want to leave my workstation to watch something i go home I can get the ball rolling by asking the Mini to play whatever’s on Netflix or Amazon. TV (that traitor) By the time I get to the living room, I’m duly bound and ready to do whatever I want with it.

I thought I’d have to buy another one for the living room but thankfully the Skyworth 55UB7500 comes with Google Assistant. So I avoided making another trip to the store, whose name I can’t remember. But it’s a blue shipping container in the fleamarket side parking lot at Avondale’s shops.

They weren’t kidding about the helpful bit…

Keeping my day somewhat organized just got a lot easier because Google made it infinitely simple to get your routine right in the app. Home Mini acts as my alarm and reminds me later (by order) Anything that I have prepared for the day.

After that it’s Spotify which I have to admit is one of the good points of the speaker. For something that’s about two mango seeds large, it also has sound quality in the lower end.

I don’t really care if Big Brother is listening anymore

I had a moment when I was rearranging things and unplugging the Home Mini and I forgot to plug it back in. I called it to do something and there was silence. What happened next is probably too embarrassing to admit, but maybe you’ll hear about it in the next episode of our podcast.

After that, I didn’t turn off the microphone anymore, which is something I thought I’d never do. And yet, here we are…