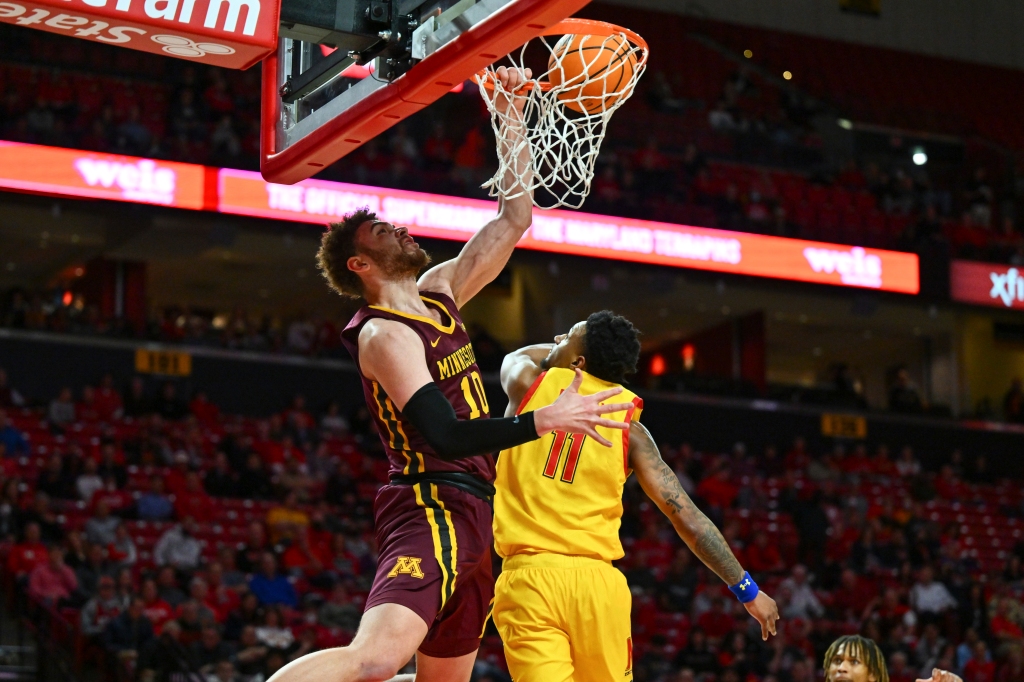 The Gophers men’s basketball team’s road win at Michigan on Dec. 11 turned heads across the Big Ten Conference. But that early-season oasis dried up into a mirage.

Minnesota’s losing streak in away games reached eight straight with a 84-73 loss to Maryland on Wednesday night at Xfinity Center in College Park, Md.

Jamison Battle, who scored 27 points in that win against the Wolverines, was even better Wednesday. He tallied a career-high 39 points, more than double his 16.5 season average and 10 better than his previous high of 29 set while playing for George Washington against Duquesne in January 2021.

The Gophers were without starting center Eric Curry due to an undisclosed injury, according to the U. Charlie Daniels moved into the starting five, but it often meant Minnesota went with a smaller lineup with its five remaining rotational players.

Minnesota (13-15, 4-15) finishes 3-7 in home conference games at Williams Arena this season. They have one more shot for a road win in the regular season against Northwestern on Sunday.

The Gophers trailed 49-46 in the second half when Sean Sutherlin’s hard foul on Hakim Hart’s breakaway layup attempt was changed by officials to a flagrant one foul. Hart tried to get in Sutherlin’s face before teammates held him back, and Gophers coach Ben Johnson disputed the reviewed call.

But it led to two made free throws by Hart and the Terps continued to build their lead to 59-46.

The Gophers got back into the game by switching back to a zone defense and generating strings of stops. Battle and Payton Willis, who had 21 points, kept Minnesota close.

The Gophers trailed 41-37 at the half, with Battle pouring in 20 points in 20 minutes. He made three of seven 3-pointers and also created off the dribble, a facet of his game that Johnson wants to see more of from Battle in his next two seasons at Minnesota. The first-half highlight was a baseline move for a powerful dunk.

Ranking of the biggest snubs from the 2022 All-Star roster

Torrance Police Warn Of Burglars That May Attack Asian Americans