Living up to its promise, Google recently rolled out worldwide ads for YouTube Shorts. The news was unveiled at the company’s Marketing Live this week.

Now the launch comes at a time when the company has been busy experimenting with the popular shorts platform since last year. So, to the relief of many, it is finally here.

The tech giant revealed how different actions, as well as app campaigns, will be making their way toward YouTube Shorts by now.

And then before the year ends, we’ll see individual advertising stakeholders combine their product feeds with their campaigns to create engaging video-based ads on YouTube Shorts that are more buyable.

You might have seen the same core feature on fellow competitor app TikTok which gives users the opportunity to watch products via YouTube Shorts, without the hassle of switching browsers.

Meanwhile, a recent blog post launched by the company’s vice president for ads states that the new rollout of ads on the platform is a major achievement. Describing it as a milestone, he called it another important step to give creators an amazing monetization opportunity, through which revenue will be generated.

Also, another interesting thing to note is how the company won’t be engaging in a direct share of the revenue from these ads, at least for the time being.

Instead, YouTube hopes to give full credit to its hardworking creators in the form of rewards through the app’s Shorts Fund, which they will receive their share of on a monthly basis. This will be the strategy until they come up with a better long-term solution.

Last year, we saw the company launch its Shorts Creator Fund, which was valued at around $100 million. As an integral part of this programme, the app hopes to invite thousands of its artists on board who fulfill the eligibility criteria. As such, they can expect to earn anywhere between $100 to around $10,000, depending on the number of viewers as well as the level of engagement they are getting through their content.

As far as eligibility is concerned, creators need to come up with original content, not just videos that were reposted elsewhere or that originally belonged to another creator from another social network. Remember, originality is key here. Similarly, all artists must be above the age of 13 to qualify.

For now, we have confirmed facts from YouTube about how thousands of people have already received their payments through the app’s funds. The platform also says that over 40% of those who paid last year were not even monetizing content through the app.

And it goes to show their reasonable level of commitment or dedication to supporting their maker community with many more unique opportunities in the near future. 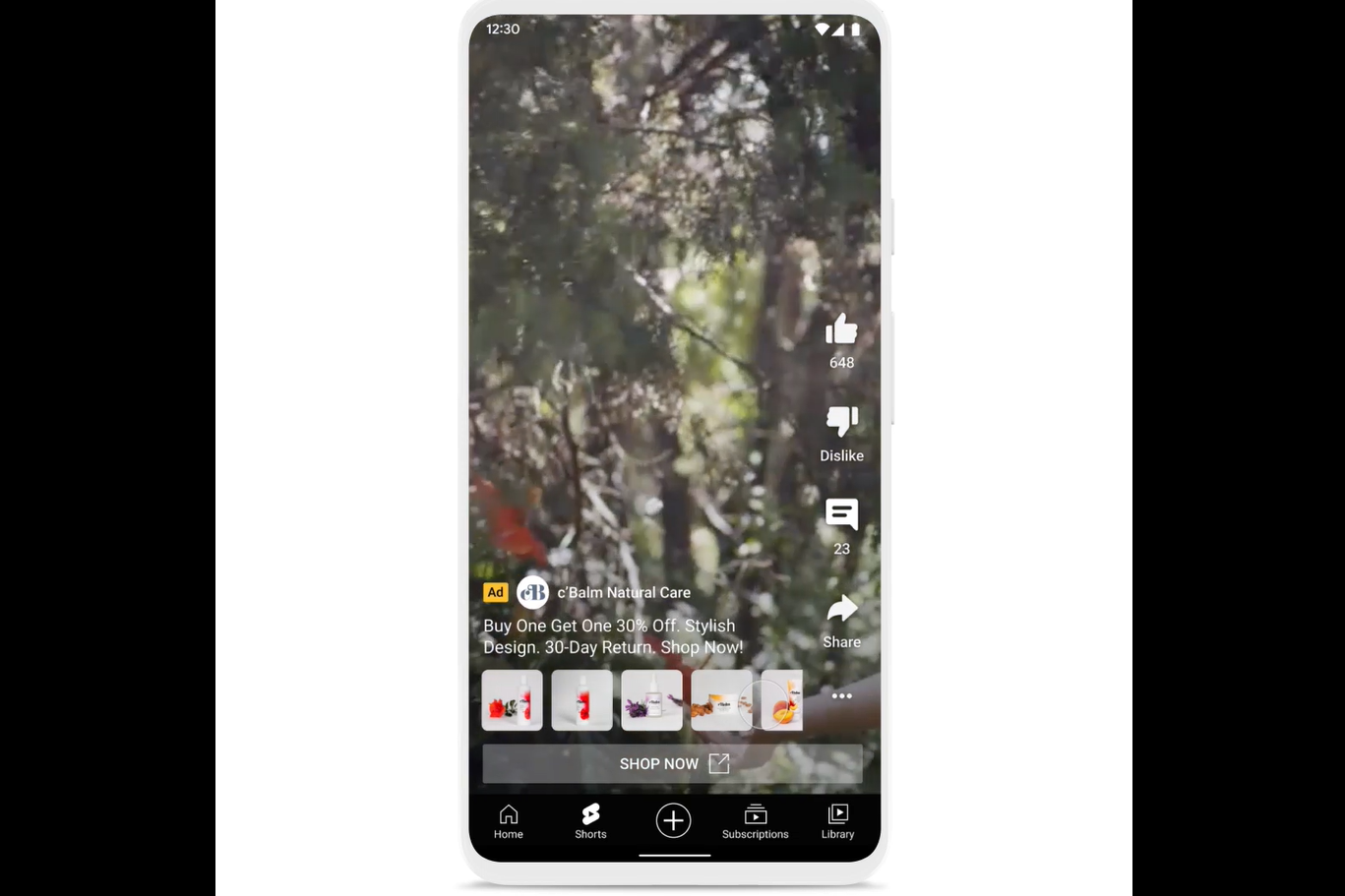 On average, YouTube shorts get about 30 billion views on a daily basis and this is almost four times the level of last year. So, the fact that the platform is not that new and how many people have become accustomed to using it now means that it is destined to do better, performance-wise. And it demands better advertising opportunities.

Similarly, it is a great chance to compete against major rivals like TikTok, which are also working on monetization opportunities for creators.

In addition to ads for YouTube Shorts, we see that Google recently made a few more announcements about advertisers now being allowed to show purchase-related ads to US users through their search.

They will be clearly outlined as ‘Advertisements’ and will pop up in their designated slots on a page. On the other hand, Google also announced how it is now going to provide merchants with the ability to showcase their products and services with the help of 3D-based models of various products. Again, we’ll see this appearing on an exhaustive Google search as well.

Lastly, Google has revealed some great anticipation for its ‘My Ad Centre’, which is expected to launch by the end of the year. As such, it hopes to give users more rights with regard to their privacy as well as their overall online experience when exposed to the platform.

Users can now choose the ads of their choice to run on Google Search, Google Discover and YouTube as well.