Greek forces on high alert over crisis with Turkey 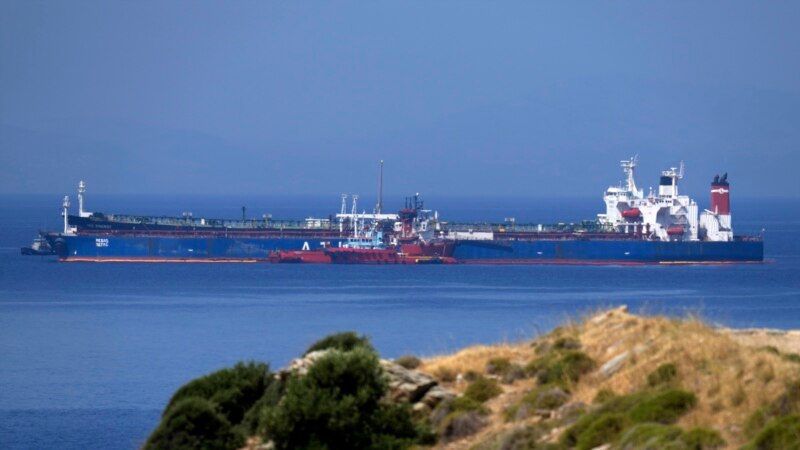 Greece’s armed forces are on high alert in the eastern Aegean Sea as tensions with Turkey escalate. Officials say they are responding to growing provocations by the Turkish leadership.

Senior sources in the Greek Defense Ministry say the military intelligence they have gathered points to the possibility of so-called hybrid threats Greece may face from its neighbor Turkey as two NATO allies in the Aegean and the Mediterranean. The regions compete for oil and gas drilling rights. Sea.

The points of friction between the two countries are many.

A crisis, sources say, could also be triggered by a sudden increase in the flow of refugees from Turkey, or by unexpected wildfires in remote locations or islands in the Aegean Sea that Turkey wants to see demilitarized.

Some security analysts say Turkey’s recent actions – including offensive remarks from its leader – are serious, making an armed conflict unlikely. Retired general Leonidas Tzumis said the two countries stood to lose from a military confrontation, but warned that Turkey’s actions could lead to miscalculations. He said this possibility required extreme vigilance by the Greek armed forces.

Tzomis said Greece is facing what he calls a classic Turkish game of controlled escalation, one of repeated provocations that could trigger a serious enough event that ultimately Greece is facing the Aegean Sea dispute and territorial rights. It will force talks on issues such as the one that Greece is refusing to discuss. Because – the analyst said – he doesn’t want to bend an inch.

Greece and Turkey have been at loggerheads for decades over the rights of the Aegean and Eastern Mediterranean. They are also locked in a fierce arms race, which has cost them more defense than other NATO member states.

Turkey has the second largest army in the NATO alliance.

American reluctance is preventing Ankara from getting a new batch of American-made F-16 fighter jets that it needs to crush Kurdish separatists to its north. Some officials in the United States and Western Europe have expressed concern that a reorganized Turkey could pose a threat to Greece and others in the region.

Last week, Turkish President Recep Tayyip Erdogan said he was cutting all contact with Greek Prime Minister Kyriakos Mitsotakis as the Greek leader delivered an address to the US Congress urging a halt to the sale.

Mitsotakis sealed a deal for F-35 fighter jets, dashing hopes of a détente in ties with Turkey, despite a March meeting with Erdogan that the two men saw as “instigating” war in Ukraine. agreed to avoid.

Turkey has since done what Greek officials say is an unprecedented increase in violations of Greek airspace. Refugee flows are on the rise again. Turkey recently sent a search vessel to the Aegean. This week, Ankara openly contested Greek sovereignty over 23 islands, many of them populated and some of them a favorite tourist destination of Americans and Europeans.

Mitsotakis warned that Turkey would not respond to any serious threats. To garner European support, he is meeting with prominent European leaders, presented with worrying intelligence reports and a list considering Turkey’s provocation by Greece.

Commenting at a news conference on Tuesday, Mitsotakis said he was not – in his own words – interested in psychoanalyzing Turkey’s behavior, nor would he engage in ‘this drama of bellicose comments’. But Mitsotakis told reporters that provocation will not and should not be tolerated, especially from a country that says it wants to join the European Union.

Mitsotakis said he would prompt his EU counterparts to issue a strong protest against Turkey at a summit in late June.

Until then, military officials have warned, Greece’s armed forces will remain on alert.