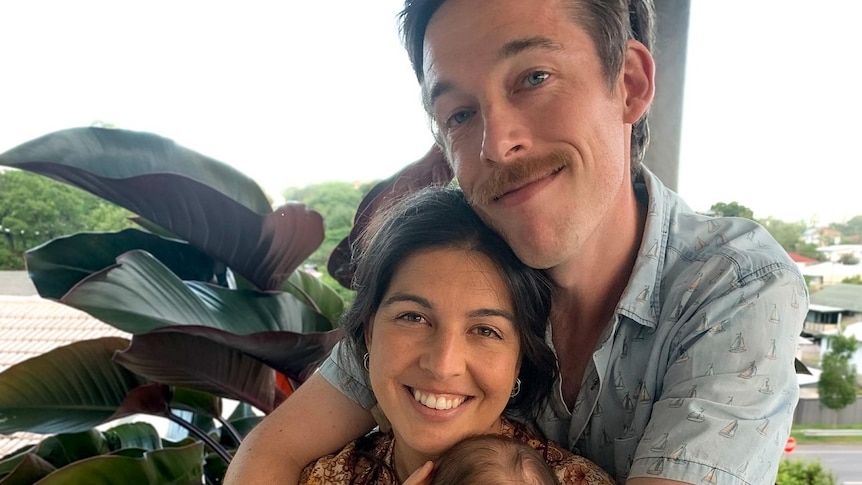 Andrew Beecroft and his partner Lucy Ivers live in a rental property with their newborn daughter in the thriving, inner-city Brisbane suburb of West End.

With their lease about to end and affordable properties scarce, they are facing an uncertain future – fighting for a spot in Brisbane’s rental market.

“It’s a worry you don’t want to have in your everyday life,” Mr Beecroft said.

“In this area, the rental crisis is the biggest issue — it’s something that needs to be addressed, with more social housing and opportunities to get into a home.”

West End is in the federal seat of Griffith, held by Labor on a 2.9 per cent margin.

Nearly half of the voters in the diverse urban electorate are renters.

“It doesn’t feel like the needs of everyday people are being heard or met,” Ms Ivers said.

“I’m a first-time mum, so this election feels really important.”

The Griffith seat covers 57 square kilometers of inner-city suburbs on the south side of the Brisbane River from the Gateway Bridge to Dutton Park and is home to several hospitals, art centers and vibrant communities.

It was first contested at the 1934 election and is named after Sir Samuel Walker Griffith, a former Queensland premier, one of the drafters of the Australian constitution and Australia’s first chief justice.

ANALYSIS: Catch-up on the latest from the campaign trail on Tuesday with Brett Worthington

Griffith has been in Labor’s hands for more than two decades and was held by former prime minister Kevin Rudd from 1998 until his resignation in 2013.

Read Also:  'Times when I lay my head on the desk': Linas CEO goes from tough times to boomtime

Labor’s Terri Butler took over at the 2014 by-election and hopes to retain it again, but acknowledges she is in for a tough fight.

Ms Butler – who is the Shadow Minister for Environment and Water – will face familiar opponents in 2022, with both Greens candidate Max Chandler-Mather and the LNP’s Olivia Roberts having contested Griffith in 2019.

The LNP polled almost 10,000 more primary votes than Labor three years ago, but a 6.7 per cent swing to the Greens – the largest in the country – helped Ms Butler hold onto the seat.

“I’m working hard to retain the trust of the people of this electorate,” Ms Butler said.

‘Fed up with the major parties’

The Greens are targeting it hard and consider it the second-most winnable electorate for the party in the country after leader Adam Bandt’s safe Melbourne seat.

The party already holds the overlapping state South Brisbane electorate and council ward of the Gabba.

Mr Chandler-Mather, who was campaign manager for Gabba councillor Jonathan Sri and was the Greens’ key strategist at the 2017 state election, said he was confident state and council voting trends would be repeated at the federal ballot box on May 21.

Mr Chandler-Mather needs a 3.5 per cent swing to snag the seat.

“One-third of this entire electorate is already held by the Greens… we’ve been campaigning for almost 14 months, we’ve knocked on almost every door in the electorate, and the surge of enthusiasm for us here has been really encouraging, ” he said.

“For the first time, tens of thousands of new people are turning to the Greens, particularly because people are fed up with the major parties.

“What we’ve seen is a really positive response to probably the only real substantial platform on cost of living, housing affordability and climate change.”

Ms Roberts of the LNP said the people of Griffith deserved a “strong voice”.

“For too long, Griffith has gone without much-needed funding with respect to community infrastructure and community sports … and I plan to change that,” Ms Roberts said.

“I have the tenacity, strength and capacity to make a difference in this electorate.”

Big issues in the electorate include cost of living, climate change and plane noise.

“Climate change is a very significant issue in this electorate and we are committed to delivering net zero by 2050 through technology, not taxes,” Ms Roberts said.

“Recently we announced a commitment, as a decision of government, that $940,000 would be delivered to East FC — a local soccer club in East Brisbane — that was flooded in 2011 and again in 2022.

“If I’m elected, I will be able to contribute to those [local football] clubs.”

Ms Butler is campaigning on cost of living.

“For this electorate, what we really need is we need secure jobs, because it’s getting harder and harder to manage the cost of living and we also need decent wages,” Ms Butler said.

“Cost of living comes down to being able to afford the outgoings — of course that’s obvious — but wages is such an important piece of that puzzle.

“It feels like for everyone around this country, including right here in Griffith, everything’s going up except for their wages.”

Mr Chandler-Mather said his party’s commitment to reduce housing prices and bring dental into Medicare would drive people to the Greens.

“There is a significant number of renters who are voting for us for the first time because we’re talking about capping rent increases,” Mr Chandler-Mather said.

“If we do win, we’ll genuinely have leverage in the next parliament — especially if it’s a hung parliament — to get some of those things over the line.”

“Griffith is Labor-held — it is a marginal seat, so it’s a seat the LNP would be trying to win, but the issue in Griffith is the Labor and the Green vote is roughly equal,” Mr Green said.

“The LNP will have the highest first-preference vote — [but] The winner will probably be whoever finishes second on first preferences, either Labor or the Greens.

“It’s a competitive seat where the Greens poll well.

“Labor’s chances of holding Griffith also depend on ensuring there is no swing towards the LNP overall.”