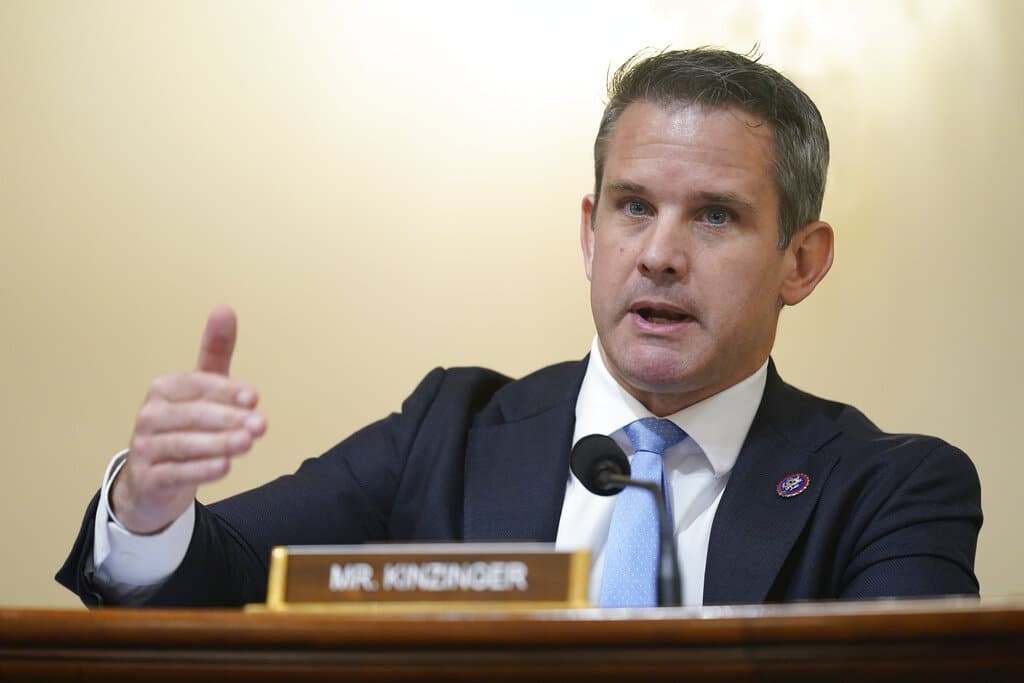 (The Hill) – Just hours after his arrest last month near the home of Judge Brett Kavanaugh, a 26-year-old California man carrying a Glock 17 pistol, burglary tools and zip ties told an FBI agent what had inspired his trip across the country. trip to assassinate the conservative judge of the Supreme Court.

The suspect, who has pleaded not guilty and faces up to 20 years in prison if convicted, told a detective he was upset by the leaked draft opinion that overturned Roe v. Wade and the school shooting in Uvalde, Texas, that killed two teachers and 19 children. According to court records, the suspect believed Kavanaugh would vote to further relax gun laws and said killing the judge before shooting himself would give his life purpose.

The chilling incident is among a series of violent threats that have recently been directed at political figures and comes amid a changing landscape in which the proportion of supporters who think violence is sometimes justified to achieve political ends has grown. significantly.

“The idea that violence is legitimate for political ends has become widespread,” said Robert Pape, a professor of political science at the University of Chicago. “It is still a minority. … But if you have 10 percent or 15 percent of a community that believes that violence is acceptable for some political causes, that encourages more violence for those causes.”

A series of recent violent threats against US lawmakers has raised new concerns about the safety of political figures, particularly after the assassination of former Japanese Prime Minister Shinzo Abe illustrated in the starkest possible terms the stakes in an environment of greatest threat. And the January 6 coup attempt served to remind Americans that the United States is not immune to the kind of political violence that is relatively common in some parts of the world.

A recent high-profile incident came earlier this week when a man was arrested for allegedly threatening to kill Rep. Pramila Jayapal (D-Wash.), who leads the Congressional Progressive Caucus. According to police, officers discovered the suspect on the street outside Jayapal’s Seattle home on the night of July 9, standing with his hands in the air and a gun holstered in his waistband.

A neighbor told officers they heard the man yell, “Go back to India, I’m going to kill you” and saw his vehicle drive past Jayapal’s residence about three times as he yelled profanities, according to court records.

The 48-year-old suspect was released from jail Wednesday after police failed to adequately prove he had made the alleged threats, according to the Seattle Times, which reported that police had obtained a court order requiring the man to hand over his weapons. citing concerns about his mental health.

“I hope you die naturally as quickly as possible,” one caller said.

The calls were compiled into a video that Kinzinger described in an accompanying tweet.

Biden’s best hope for 2024 could be Donald Trump

“Threats of violence over politics have increased considerably in recent years,” he wrote. “But the darkness has reached new lows.”

According to Pape, the growing threat of violence that he and his colleagues at the Chicago Project on Security and Threats study is not unique to the political left or right, with Pape citing the attempt on Kavanaugh’s life and the mass shooting of supremacists as examples. whites in May at a grocery store in Buffalo, NY

Rather, the problem comprises multiple factors, which Pape likened to a three-legged stool: these include an individual’s volatility and opportunity to inflict harm, as well as the degree of community support for politically inspired acts of violence.

Although it’s hard to pinpoint when sympathy for political violence began to “penetrate into the mainstream,” he said, “we can be sure that these community sentiments for violence are here today.”

Rep. Mary Gay Scanlon (D-Pa.) attributed much of the trend not only to Donald Trump, who was well known for promoting violence at his rallies and continues to spread lies about the election, but also to Republicans in Congress. who continue to defend the former president and his actions around January 6.

“Everybody gets threats these days, and it’s made worse by the fact that some of our members don’t condemn political violence, particularly when it’s directed at the Capitol, at the Vice President, at the Speaker,” Scanlon said.

“I only entered in 2018 and the threats I have received have always been in relation to the former president,” he continued. “We certainly saw a thickening of the public dialogue, a willingness to launch baseless accusations that the former president supported, modeled as behavior, and I would attribute much of that to his example for the country.”

US government agencies appear to be increasingly concerned about the increased risk of political hostility in the United States, as well as the international dimension of the problem.

The Department of Homeland Security (DHS) has warned that violence in the US is increasingly likely to be politically motivated, a trend that could collide with concerns about the threat of lone actors.

In a June terrorism warning bulletin, the agency noted that a wide range of divisive issues, from abortion to the border, could be motivating for those likely to use violence to express discontent. It is something that is already being interpreted by foreign actors.

“Chinese, Iranian, Russian, and other foreign malign influence actors have sought to contribute to internal US discord and weaken its focus and position internationally,” DHS wrote.

“These actors have amplified the narratives that radicalized individuals have cited to justify the violence, including conspiracy theories and false or misleading narratives that promote the social division of the US.”

Rachel Kleinfeld, a senior fellow at the Carnegie Endowment for International Peace, told The Hill that the number of threats has risen sharply since 2016.

“The violence and intimidation from the right started after the election cycle in 2016. So, we would see that the justifications for violence among ordinary people increased in the election period (2016, 2018 in the impeachment of Trump), obviously in the different events leading up to certification in January. 6,” he said. “There is a sense that this violence is increasingly directed at politics.”

The authors of a recent book “Radical American Partisanship: Mapping Violent Hostility, Its Causes, and the Consequences for Democracy” found that the proportion of supporters who say that violence by their own party is at least somewhat justified for promoting his party’s goals has increased. steadily in recent years, to around one in five.

Nathan Kalmoe, a Louisiana State University professor who co-authored the new book with Johns Hopkins University professor Lilliana Mason, said the results of the surveys varied depending on how the questions were worded and the severity of the violence in question. But the general upward trend in public support is clear, he said.

Mike Lillis contributed to this report.

China’s hopes are high as the space station nears completion