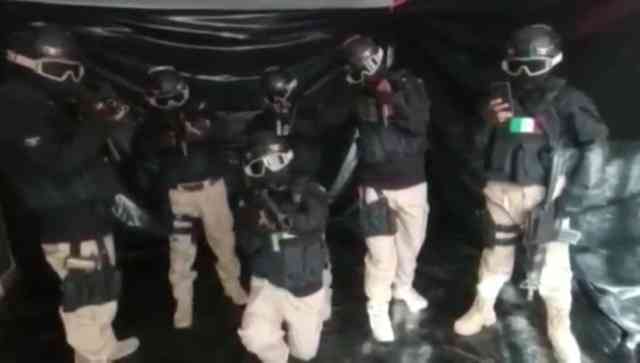 After attacks on bars in Poza Rica last Sunday night, an organized crime gang that called itself the “Escorpion Group from Old School” announced its entry into the municipality, even closing bars, hotels and taxi drivers. Also ordered to impose curfew for

This January 1st, as confirmed by the State Attorney General’s Office, 8 people were murdered inside bars in this municipality in three separate incidents.

“What happened last night was our entry into the city, (…) the problem is with these dogs, they like to kill unarmed policemen and innocent civilians, as soon as we come and they run away, they leave their junk behind Let’s leave Here we are established, they go to the bulls or we go to them; Here we do not forgive a crime,” the armed group announced in a video posted on the social network.

In addition, they threaten two men by the nicknames “El Wacho” and “El Cocos”, whom they accuse of not agreeing to a truce.

“We have already seen that they have no words, put on a better skirt, engage people and with your stupid recordings (…) you are going to defame you, don’t be stupid, they know that. Where does the shock come from (…) (they believed) that they were going to scare, it failed you, we are old school, from the Scorpion group, or from Death Command,” he says.

The armed group also announced that they did not want “bars, canteens, hotels, taxi drivers operating” after 8:00 pm or they would be taken as opposition targets.

It should be noted that this same Tuesday Governor Coutalhuac García announced that arrests had already been made following the attack on bars in Poza Rica, but he went to the state attorney general’s office tomorrow, Wednesday, to give details Will go