Guatemala and Canada strengthen bonds of friendship and cooperation 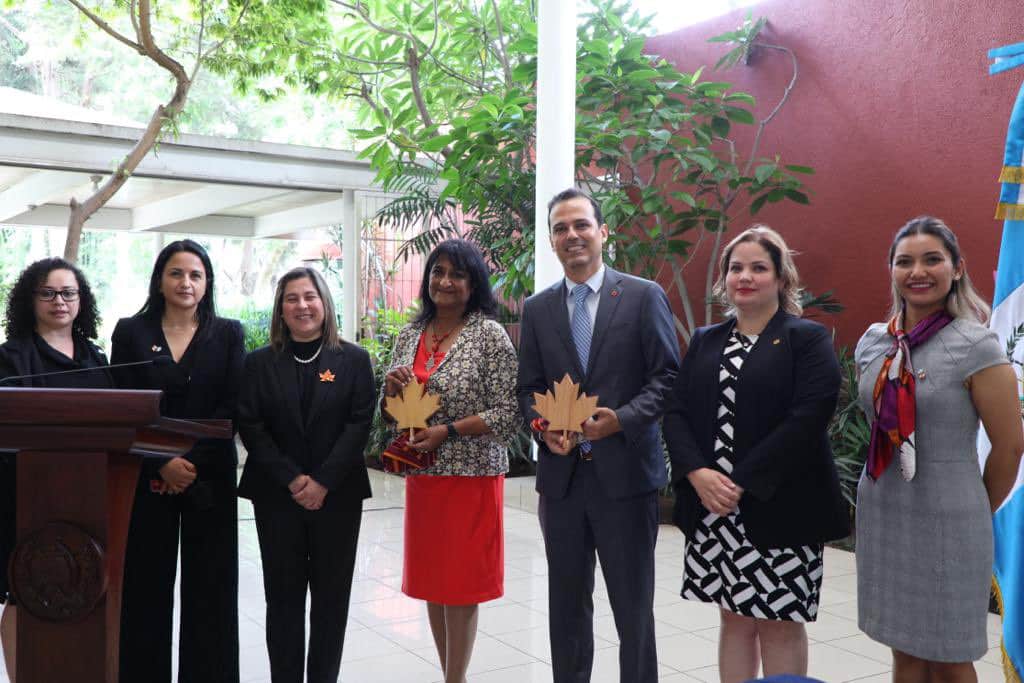 Guatemala City, 24 July (AGN).- The canada government, through its accredited embassy in the country, Ministry of External Affairs (Minex) Two sculptures in the shape of a maple leaf, the national symbol of Canada, commemorating 60 years of diplomatic relations between the two countries.

The activity took place at the headquarters of the Ministry of External Affairs, where the Deputy Minister of Foreign Affairs, Shirley Aguilar, Received works painted by Guatemalan hands. The two statues are representative images of the strong bonds of friendship between Guatemala and Canada.

The sculptures were part of an exhibition titled the relationships that bind usWhich promoted the union of peoples and cultures of both the nations.

In a very special ceremony today, Ambassador @RajaniAlexander Two sculptures presented in the exhibition #LazosQueNosUnen which will be displayed permanently @minexGT and . as a symbol of the strong bond of friendship and cooperation between pic.twitter.com/DgmupZ5DMy

More than 900 Guatemalans benefited from work in Canada

To this day, these two pieces, representing an important symbol for Canadians, will be part of the House of Diplomacy and commemorate the fraternal friendship between the two countries, Chancellor Aguilar emphasized.

The Deputy Minister said that Guatemala values ​​a close and close relationship with Canada, a friendship based on trust and cooperation. In addition, it recognizes important links in the economic-commercial, investment, labor mobility and cooperation sectors.

Canadian Ambassador to Guatemala Rajini Alexander expressed the work we have done together to provide development to our country. They also listed the shared values ​​of solidarity and respect, which have been the basis of a solid relationship that has been strengthened over the decades.

Over 1,180 people benefited from passports valid for 10 years

Hyundai Ionic 5 electric SUV tested, with 301bhp power will get range up to 481 kms

France and EU to Withdraw Troops from Mali, Remain in Region