Halfway through the campaign, an unwanted visitor is joining the discussion after a long hiatus 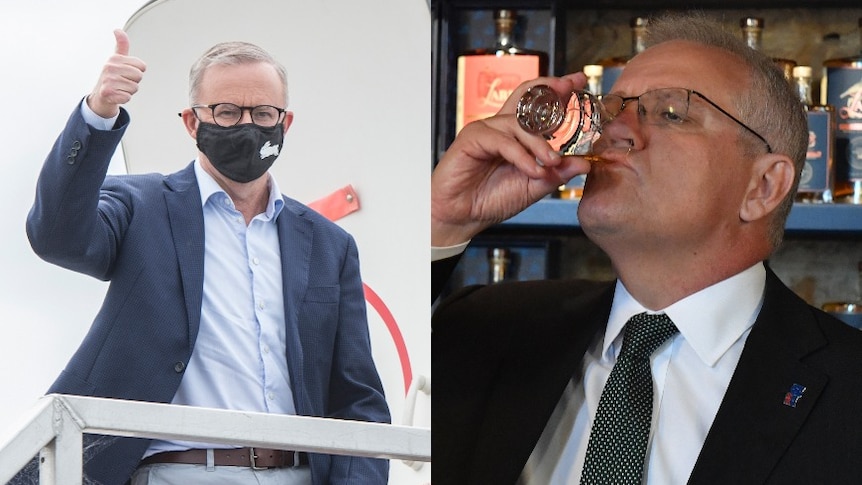 Welcome to the end of the third week, everyone, and it’s a big hello to interest rates — joining us on the campaign trail as a major issue for the first time in nearly 15 years.

Given the long gap, this is a quick recap of the rules of thumb traditionally used by politicians to assess their ability to influence complex matters like inflation and interest rate hikes, playing a short game I like to call I do: “Is this debacle my fault?”

When interest rates are low, the prime minister and treasurer often get emotional, to the extent that the outcome is driven by their own expert in the complex high-performance automotive that is the Australian economy.

When interest rates were an election issue past, the Howard government went to great lengths to remind voters that excessive government spending (such as those habitually indulged by Labor governments, invited the listener to speculate). increased inflation and thus generated higher interest rates.

An orgasmic, Salem-style frenzy about inflationary government spending gathered momentum—which, oddly enough, didn’t apply to things like superannuation guarantees, baby bonuses or private health insurance discounts, in which public resources were allocated to strictly speaking people. was directed to. They are not needed.

Which is why, in 2004, poor old Mark Latham had to sign a ridiculously giant cardboard pledge to “guarantee” that he would keep interest rates low.

The causal relationship between fiscal settings and interest rates was so widely fetish at the time that signing on a large sheet of cardboard they could affect was not even the strangest notion in the room. happy times!

How things have changed though.

When pressured to explain this week’s ailing inflation spike, the treasurer didn’t even ask himself whether it had anything to do with the jumbo super-soaker of stimulating spending that has been trained on the Australian economy because The nation had witnessed a loss of taste for the first time. and smell.

He instead opted for What You From When Things Are Bad—which is essentially, it’s out of our control. Russia, pandemic, freighters getting jammed in Suez, that sort of thing.

Now, this is a cheeky generalization to completely eliminate all factors of inflation. The 5.7 percent increase in the cost of newly constructed homes is certainly a little Little related to the fact that the government keeps dodging money in this already pretty tasty area. And it would be a superhuman act to conclude that the 6.3 percent hike in university fees is unrelated to the government’s decision to raise them.

But yes, in this instance it seems reasonable to conclude that the major drivers – supply issues, fuel costs – are due to factors beyond the powers of the government.

Which leads to an interesting puzzle. The government’s argument this week is that on the one hand, inevitably, an inflationary crisis can happen with any old nook, but on the other, it is absolutely vital for the future of the country that we should not switch to a new digit.

Here’s David Spears pinning down inflation levels a bit. The Insiders host is uniquely qualified to comment, which has increased the length of his program for the campaign by an astonishing 50 percent. This Sunday, the guests are Finance Minister Simon Birmingham and Greens Leader Adam Bandt.

National security is another notoriously hot area “trust me, it will be worse under other lots”. And the government argues that the unfortunate developments in the Solomon Islands are not related to the domination of its natural policy in the region.

Solomon’s Prime Minister Manasseh Sogaware has gone (and I use diplomats here, be advised) to his parliament absolutely blank.

It also revealed why Australia’s high commissioner to the country was out of action at a critical time – with an incurable back injury.

have a nice day

Resilient Australian voters prepared flexibly for a more Albanese press conference. But what? There was not one! The Labor leader smiles around as he heads straight for Perth for the start of the Labor campaign on Sunday.

Deputy Labor leader Richard Marles, however, will not be at the launch as it is his turn to surrender to the spicy cough.

Today is also a vice-adopting day for Clive Palmer’s candidate for the federal seat of Higgins, Ingram Spencer, who has been arrested for using carriage service to endanger or harass.

what to watch for tomorrow

Tomorrow we will see both the leaders in the fray for the first time in a week. Hurray!

After a few interviews in the morning, Albanese spent most of today in Perth, so tomorrow he will have his first day back on the expedition.

Morrison will start the morning in northern Tasmania, as he seeks to sandbag two seats in the north. He is hoping the extra time he is spending in Tasmania will aid in his efforts to win the seat of Labour-held Lyon at the center of the state.

Catch up on today’s stories

As the Yankees draw a gap between the Orioles and the top of the AL East, a major minor league knight portends a bright...

Celebrity Birthdays for the Week of May 22-28