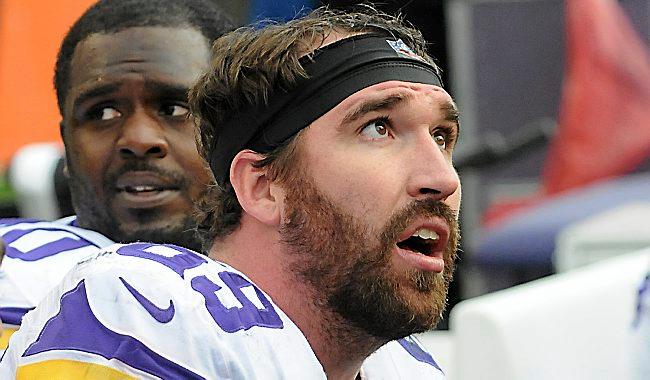 The Vikings already have four former defensive linemen in the Pro Football Hall of Fame. Jared Allen is hoping to make it five.

It will be announced Thursday night at NFL Honors if Allen makes the hall of fame in his second year of eligibility. Allen, who played for the Vikings from 2008-13, is one of 15 modern-era finalists for the second straight year, and five will be elected.

“Let’s hope that this will be his lucky year,” Vikings hall of fame defensive end Carl Eller said Wednesday. “I think he should make it.”

Eller is in the hall along with former Vikings defensive tackles Alan Page and John Randle, and former defensive end Chris Doleman.

Voting for the hall was conducted virtually Jan. 18 by the 48-member selection committee, and 80 percent of the vote is needed to be enshrined. A source said 14 modern-era finalists and the family of linebacker finalist Sam Mills, who died in 2005, have been notified of their individual result. Members of the class of 2022 are expected to be at NFL Honors in Inglewood, Calif., before Super Bowl LVI is held there Sunday between the Los Angeles Rams and Cincinnati.

Allen played in the NFL from 2004-15, also spending time with Kansas City, Chicago and Carolina. He is 12th on the NFL career sack list with 136, including 85½ with Minnesota. Allen did not return messages this week but spoke in December about his desire to make the hall after he again was named a finalist.

“It’s a tremendous honor to be among the finalists again,” said Allen, who had three of his four career first-team all-pro selections and was named to four of his five career Pro Bowls with the Vikings. “Hopefully, I can get across the finish line this year.”

If that happens, he would become the third former Vikings defensive end in the hall of fame. That would be the most for the team at any position.

“It would be great,” Eller said. “I know that Chris Doleman and Jared followed in the footsteps of the Purple People Eaters.”

The legendary Purple People Eaters defensive line of the late 1960s and the 1970s featured Eller, Page and defensive end Jim Marshall, who was a hall of fame finalist in 2004. Marshall is now eligible only to be enshrined as a senior candidate but regularly has been passed over.

Other finalists are Dick Vermeil in the coach category, referee Art McNally in the contributor category and wide receiver Cliff Branch, who died in 2019, as a senior. All are likely to be named to the hall along with five modern-era finalists, which would make it a class of eight.

The NFL will announce all of its seasonal awards on Thursday. Vikings linebacker Anthony Barr is among 32 finalists (one from each team) for the Walter Payton Man of the Year Award, and wide receiver Adam Thielen is among eight finalists for the Art Rooney Sportsmanship Award.

The Vikings can’t officially name Rams offensive coordinator Kevin O’Connell as their new coach until after the Super Bowl, but O’Connell has been working to assemble his coaching staff.

A source said a possibility for offensive coordinator is Rams passing game coordinator/tight ends coach Wes Phillips, although the Rams could end up naming Phillips as O’Connell’s replacement. Phillips, the son of former NFL coach Wade Phillips and grandson of legendary coach Bum Phillips, worked with O’Connell in Washington from 2017-18 in addition to the past two seasons with the Rams. O’Connell was in Washington from 2014-17 when current Vikings quarterback Kirk Cousins ​​was there.