Sven Althoff, Board Member for Property and Casualty (P&C) at global reinsurer Hannover Re, said this morning that the company expects the “broad trend of improved rates will continue to apply both at the insurance and at the reinsurance level” at the April and mid-year renewals. 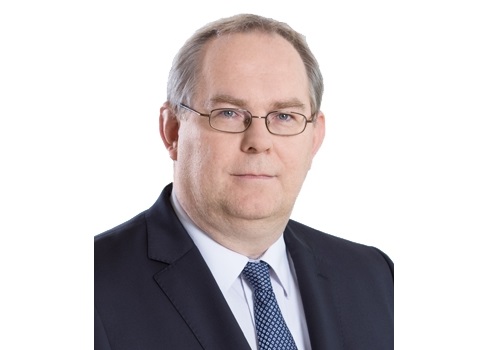 Early this morning, Hannover Re provided an update on its experience at the important January 1st, 2022, reinsurance renewals, during which the carrier achieved average price increases of 4.1% as its book grew by more than 8%.

On the 1/1 renewals, the company’s Chief Executive Officer (CEO), Jean-Jacques Henchoz, explained that, “In many areas the positive pricing momentum has been sustained,” with more appreciable increases in loss-affected lines, notably European catastrophe business.

At Jan 1st, which has a focus on European business, price rises were driven by the elevated catastrophe experience and particularly the July flooding in Germany and neighboring countries.

But the reality is that industry-wide losses from catastrophe events have been pegged as high as $130 billion in 2021, according to some estimates, making it yet another above-average year of losses for insurers and reinsurers.

While the European activity certainly added to the total, Winter Storm Uri, Hurricane Ida, wildfires and tornadoes devastated the US throughout the year, while other parts of the world also suffered from a range of perils in 2021.

In light of last year’s loss experience and also the heightened catastrophe experience in previous years in certain parts of the world, Hannover Re’s Althoff stressed on a call earlier today that the reinsurer is confident of further reinsurance rate increases as the market moves through the year.

“So, when we talk about the 1st of April renewal, of course, a particularly important renewal date for our Japanese business. The last two years have been relatively benign from loss activity when it comes to Japan. On the other hand, the years prior to that were very busy; it was particularly typhoon and flooding events.

“So, the understanding we have with our Japanese clients is that we didn’t increase the pricing all at once two years ago, but this needs to be a gradual process. So, therefore, we are expecting that we will see further rate increases on the Japanese cat business; not as high as in previous years, but still trending positively,” said Althoff.

He went on to note that the same applies for the firm’s Australian business, which is mostly renewed at July 1st.

“Again, a more benign environment the last 12 months but very, very busy before that. So, this will continue to be reflected in the pricing,” he added.

In North America, Althoff noted that 2021 was an extremely busy year from a variety of losses, and that the rate trend in cat business, which saw double-digit increases in loss-impacted areas at Jan 1st, will also continue at the July 1st renewals.

“On the other hand, when we look at North America outside natural catastrophe, you could also clearly see that after three or four years of increased insurance pricing, that ceding companies on their pro rata cessions have become a little more bullish.

“So, therefore either asking for higher ceding commissions or being prepared to take more of their business net. So, this is certainly a trend we should also mention, and we don’t expect 1st of July to be any different with that respect compared to 1st of January,” said Althoff.

Hannover Re also announced a €100 million increase in its major-loss budget for 2022 to €1.4 billion when compared with last year. Part of the reason for this, explained Altoff on the call, is the fact it managed to grow successfully at the January 1st renewals.

“You also see that due to higher inflation, the underlying sums insured are going up and that’s something we wanted to take into account,” said Althoff.

Another reason for the increase relates to the challenging retrocession market at 1/1, which was also more difficult for Hannover Re when compared with prior years.

“So, in the end, we decided to buy a little less limit when it comes to retrocession and therefore, increasing our potential net loss position on natural catastrophes in particular.

“And thirdly, we, as I said, expect that the pricing trends continue to be positive for the remainder of the year. So, therefore we can expect that also our 1st April and 1st of July renewals will see similar growth rates compared to 1/1.

“So, if you take that all together, we decided to increase the budget by €100 million,” said Althoff.