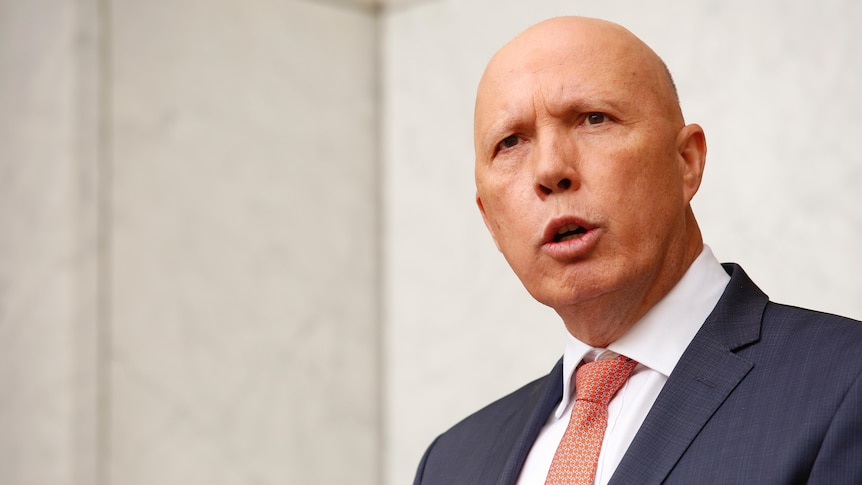 Conservative hardhead Peter Dutton looks set to take over from Scott Morrison as the next leader of the Liberal Party, with former environment minister Sussan Ley shaping up as the frontrunner to take on the deputy position.

As Liberal MPs come to terms with the scale of the defeat on Saturday, jostling over the leadership positions has begun with a strong view within the party that the deputy must be a woman.

Feeling alienated by Mr Morrison and his blokey image, professional women abandoned the Liberals at the election, an issue several MPs say the party needs to address.

Ms Ley, who is not aligned with the conservative or moderate facts, is canvassing support among her colleagues but she is seen by some as being tainted by the Morrison era.

There is also strong support for former minister Jane Hume, who is from Melbourne, where the Liberal Party lost traditional heartland seats, although it is unconventional for the deputy leader to be a senator.

Former minister Karen Andrews and backbencher Bridget Archer have publicly expressed an interest in taking on the deputy role, but are considered outside chances by their colleagues.

Follow all the post-election action as vote counting continues

MPs worried Dutton may be ‘hard to sell’

Mr Dutton — who lost a leadership contest to Mr Morrison in 2018 — is so far the only nominee to take the reins of the shattered party room and while he is viewed as a hard man, he is highly respected and well-liked within the party itself.

One MP said Mr Dutton was a “very decent man” but had a terrible perception problem that the Liberals would need to address immediately.

“I’m sure people will say, ‘He’s a man who looks like the other bloke, only worse,'” the MP said.

Another Liberal warned Mr Dutton would be “hard to sell” in Victoria, where the party lost Kooyong, Higgins and Goldstein to more progressive “teal” independents.

“I’m sure the teals and Twitter will say, ‘Didn’t you learn anything from the election?'” the MP said, while still backing Mr Dutton for the leadership.

There is a fear among moderate Liberals that a Dutton leadership might embolden the conservatives to drag the party further to the right, with one MP saying they would make their view very clear that the Liberals are the party for “middle Australia and must not be lurching to the right or left”.

Mr Dutton, from Queensland, and Ms Ley, from New South Wales, are the last remaining Liberal members of the “class of 2001” (the year they were elected) and between them, have a great deal of experience having been ministers for defense , immigration, home affairs, health and environment.

Convention dictates that the party will wait for all Senate and House of Representative results to be declared before a partyroom meeting can be held to elect the new leadership team.

In a sign of the low level of morale in the party, one Liberal said they were looking at six years in opposition and, on the leadership, said: “No-one is really excited about [the] choices we have.”

Generation of Liberals washed away in ‘teal bath’

A generation of Liberals was lost on Saturday, when a teal wave washed the bluest of blue-ribbon seats away.

No loss was greater than former treasurer Josh Frydenberg, who was seen as a future Liberal prime minister and would almost certainly have the numbers to take over from Mr Morrison.

While Mr Morrison was deeply unpopular in affluent inner-city seats, women, climate and integrity emerged as clear themes at the election — all issues considered to be a weakness for the nine-year-old Coalition government.

Whoever takes the reins, Liberals concede they will have an enormous job ahead of them, reshaping the party, reconnecting with voters and rebuilding its traditional base that delivered the most brutal verdict on Saturday.

Read Also:  How to Boil an Egg Perfectly So the Shell 'Flips Off Properly' Without Dunking It in Water

Could the Cougars Be an NCAA Tournament Team? WSU men’s basketball players want to build on last season’s success.