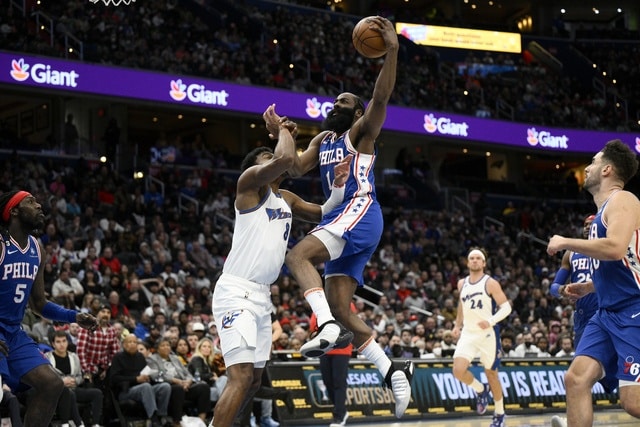 Detroit. Star James Harden’s 20-point triple-double stood out in a convincing win for the Philadelphia 76ers 123-111 over the Detroit Pistons in the NBA regular season this Sunday.

The star added 11 rebounds and 11 assists for his second triple-double of the season, and received plenty of support from his teammates despite the continued absence of star centers Joel Embiid and PJ Tucker.

Embiid missed his third straight game with soreness in his left foot, while Tucker was sidelined with sinusitis.

Montreal Harrell had a season-high 20 points, his third straight game in double digits, and paired perfectly with Harden to keep the Sixers’ offense going.

Harden’s former Brooklyn Nets teammate Kevin Durant was sidelined with a sprained right knee in the third quarter of the Nets’ tight 102–101 win in Miami.

Australia’s Ben Simmons blocked a shot, but it bounced back onto the knee of teammate Durant, who had to go to the locker room.

Durant averaged 30.0 points and 6.8 rebounds per game for the Nets, which improved to 27–13, one game behind NBA-leading Boston in the Eastern Conference.

In Memphis, Desmond Bain scored 24 points and Tyus Jones added 21 to lead the Grizzlies to a 123–118 win over Utah.

Memphis improved to 25–13, half a game behind the Western Conference-leading Denver Nuggets.

Myles Turner had 29 points and nine rebounds to lead the Indiana Pacers to a 116–111 win over Charlotte.