Have a shot at PRI! They accuse Ruiz Masiu of doing the dirty work of Morena 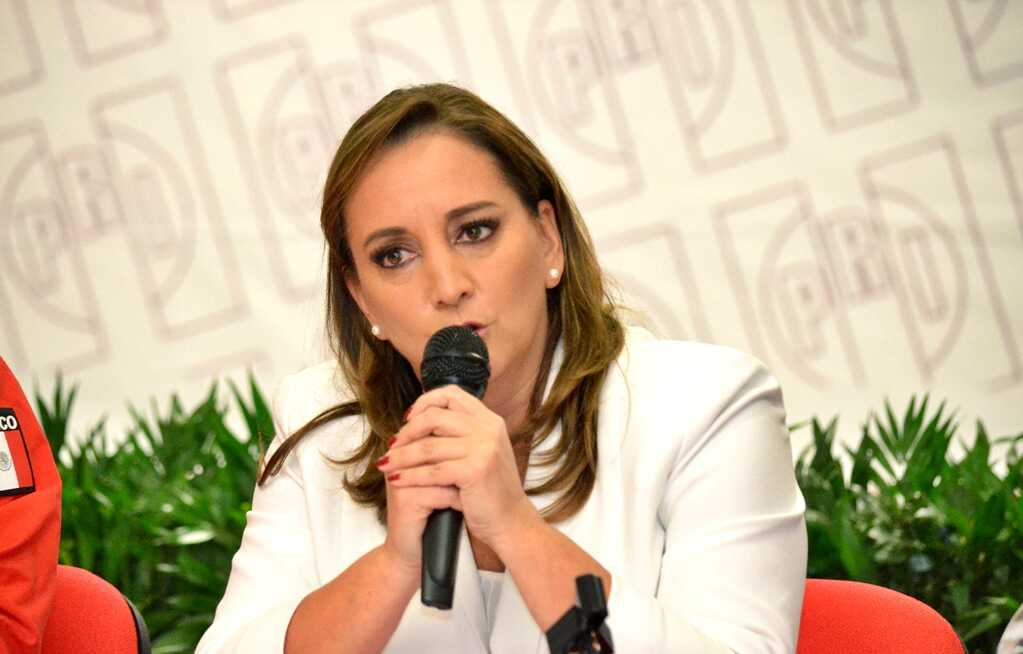 PRI Federal Deputy, Lorena Pinone Riveracame out in defense of the national leader of PRI, Alejandro Moreno Cardenas, When addressing a public letter to your fellow believer Claudia Ruiz Masiu Salinasin which he accuses him of doing so dirty work One morena to break the alliance goes to mexicoexcept to throw his results in her face, when she was president Institutional Revolutionary Party,

Through a public letter, Pinon Rivera assured: “It is clear that you are doing the dirty work of Murray. I listened to his interview with (Carlos) Loret de Mola in Latinas with great surprise. The brashness with which you spoke really astonishes me. Despite the enormous political damage to reputation that her surname has caused and which has led to tremendous popular disapproval for our party, I considered her to be a PRI woman.

And he added: “In 2018 you were also our party’s general secretary and national president and, not only did we lose the presidency of the republic, but we finished third, – which is probably the worst historical defeat of our party-, But at the same time, we lost 9 governors who were disputable, 31 Senate deputies and as if all this was not enough: we went from 205 deputies to an embarrassing number of 47”.

“These results, with the full support of the federal government of (Enrique) Pea Nieto. You can neither imagine nor glimpse the struggle we face today against this extremist dictatorship If you were the president of the PRI at that time, I have no doubt, we would have lost the registration of our political party as well. All of the above, Senator Salinas, is your legacy as the national president of the PRI.”

Read Also:  Congratulations on the 150th Anniversary of the Purple People Bridge with Big Bourbon Basho

They also accused him of attacking Moreno Cárdenas so that Ruiz Masiu “and his small group” would take over the reins of the tricolor and Va Por México would break the alliance.

“You also said that Alejandro Moreno should give up leadership and expect the renewal of the PRI with the clear intention that you and your small group want to take the reins of the party in 2024 to negotiate positions and personal interests. VA Ex-Mexico Coalition. And all this in return? The AMLO which offers ‘pardons’, embassies and impunity to those who betray the PRI, as has been the case with many former governors, however, the current national leadership has given our Did not hesitate to expel from the ranks.

He also expresses that the true PRI members decided to close the ranks around “Alito” Moreno, asking them to leave the tricolor.

“No, Mrs. Salinas, make no mistake, true PRI members will not allow you to discredit our party and leadership. We have a close relationship with Alejandro Moreno Cárdenas in his fight to not allow Mexico to become a dictatorship.”

Let me tell you very clearly: if you are not going to help, don’t get in the way, pick up the little dignity you have left and let the millions of PRI members who deeply love the country fight. Or another: go once and for all to the citizens’ movement, a party for which, by the way, you campaign a lot and that only serves as a crust for the government by undermining the strength of the opposition.

Read Also:  IUP ranks second in the state in terms of affordability

Read more: They link the process to the sixth person involved in the lynching of Daniel Picazzo.

He assured that Moreno Cárdenas was not imprisoned by any president and that he had received a dead PRI:

“He was not impeached by any president of the republic. Because of his management as president of the PRI, President Alito received a de facto dead PRI with the intention of 8% of the vote. Despite the above and remaining governor of his state. Leaving aside the rest of the U.S., he promoted changes to our laws to specify that, without fear of being wrong, the most important opposition coalition in our country’s political history is the VA X. Mexico, along with the PAN and the PRD.

“This coalition was the one that allowed us to snatch the qualified majority from Murray and López Obrador in the final 2021 election process, preventing the approval of reforms that are clearly harmful and harmful to the country, which also threaten democracy. Systematically, you and your puppet try to misrepresent and mislead by barking that ‘PRI is not competitive’.

“However, they are unable to hide the fact that all recent elections such as El Financiero have put the PRI with 20% voting intent and the PAN with 19%. Certainly, all trends indicate that our Party and PAN are equally competitive, so we are not taking any risk of becoming a satellite. Stop distorting reality now,” he says in the letter posted on his Twitter account.

Video of Ukrainian police dropping equipment is from 2014