He is from the United States and was surprised by some of Argentina’s customs: “Honestly, it’s weird”. 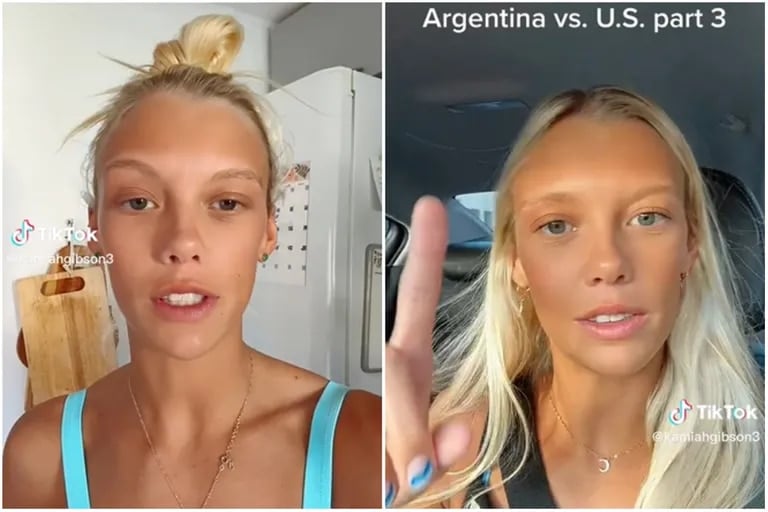 Although travel is synonymous with adventure for some, for others it means comfort, However, it cannot be denied that there is an important cultural exchange, where It is common for tourists to compare what they discover in a new place with what is in their country of origin., That was the case with Kamiyah Gibson, an American who was in Argentina and couldn’t help but draw a distinction between the two countries.

Through her TikTok account, the young West Virginia University student recorded her experiences and shared them in various videos; Some of them exceeded hundreds of thousands of reproductions.

At first, Gibson was surprised that he could walk up to a newsstand or supermarket with an empty (glass) soda bottle, hand it over, and receive a discount. “It’s recycling. Why don’t we do it?”Expressed in the clip.

He felt the same way when he visited a service station, where he found employees filling up vehicles and, in some cases, checking the air in the tires, instead of refueling themselves. “Plus, you don’t have to tip them. I would love to have this in the United States when I don’t want to get out of my car because it’s so cold.”she expressed.

Later, the young woman highlights that “everybody is fit in Argentina”, in contrast to what happens in her native country. Thus, he reflected that food is healthy. “I tasted peanut butter here and it feels healthier than in the United States”, With regard to food, he was also astonished by the fact that they sold curd in plastic containers or sachetInstead of plastic or glass bottles.

Another thing that Kamiyah not only compared, but was very curious about, was the way people greet each other with kisses on the cheek. “Say ‘hello’ to everyone here. Whether it’s a stranger or not”he said.

Paying for water at a restaurant also surprised him, saying that in the United States they don’t charge for it. “They bring you a nice bottle on the table and you have to pay for it”he commented.

Similarly, the siren lights of patrol cars remain on, he said, even when they are not in operation or behind someone. Although they omit the sound, the soldiers walk the streets with the lights activated. “I love it because when I see them I know when to slow down”,

While shopping at a mall, Gibson was surprised to be required to present identification in order to pay with his credit card. Unlike in Argentina, they are not required in the United States. “When I went to a kiosk, I couldn’t buy anything because they asked me to see my passport”she commented.

Among other things that surprised the young woman was the use of the bathroom for people with reduced mobility. “No one uses them unless they are a person with a disability. They don’t respect that in the United States.”she commented. It also caught his attention that almost none of the diners at the restaurant asked for leftovers to take home. “Honestly, it’s weird”hill.