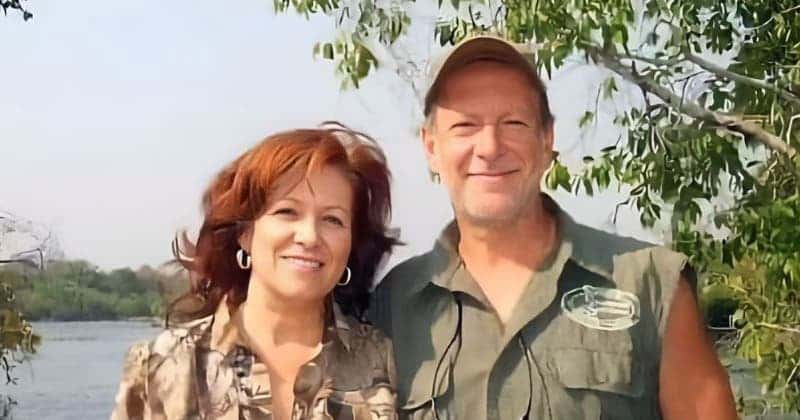 A Pennsylvania dentist faces the death penalty for killing his wife while on safari. the reason? Claim life insurance in her name for $4.8 million, which would be the equivalent of more than 94 million Mexican pesos.

Lawrence ‘Larry’ Rudolph, 67, has already been convicted since August this year, but it is uncertain whether the sentence will be death or life imprisonment. On the other hand, he confessed to the lover with whom he would enjoy his new “rich life”, Lori Milliron, that one way or another he would die in prison. In the end, the woman who met with a sad end will get justice.

How did the events arise?

In October 2016, Bianca and Lawrence ‘Larry’ Rudolph went on a 10-day safari holiday to Kafue National Park in Zambia Africa. After the hunt, they were preparing to return to the United States when “a tragedy” occurred. A dentist in Pittsburgh, Pennsylvania, said he heard gunshots in the bathroom. Upon arriving there, he reportedly found his wife dead on the bedroom floor. According to testimony given to authorities, he accidentally shot himself while packing, justifying that the weapon was loaded and not emptied after his hunting activities.

However, Larry’s description raised many questions about the case, which is why James Gagliano, a retired supervisory special agent of the Federal Bureau of Investigation, better known as the FBI, said it was “surprising”. The accident happened to two experienced hunters.”

For his part, Spencer Kakoma, the other hunter who was with him, said that he had his own questions about this fact and insisted that after hunting, the weapons were emptied of ammunition. Furthermore, the “widower” promptly cremates his wife’s body in Zambia, leading a friend of Bianca’s to suspect that it was an accident.

Shortly after Bianca’s death, the friend called the FBI and filed a complaint. He also said that Lawrence was having an affair and had verbally abused Bianca.

The friend also told the officers that the couple had earlier had a fight over money. Thus, investigators spent five years working on the case. Larry is finally arrested in December 2021 for his wife’s murder. However, he maintained until the very last moment that he was innocent, and his lawyers wrote in a statement to US media “48 Horas” that the case was made, ie to say that there was no “real evidence, eyewitnesses or forensics”. analysis” to prove that the dentist was guilty of manslaughter. There was absolutely nothing that could do justice to Bianca.

Nearly two weeks after Bianca Rudolph died during a hunting trip in Zambia, Africa, family and friends gathered to remember her at her funeral in Arizona.

The couple had two homes, one in this state and the other in Pennsylvania. However, a colossal silence prevailed in the dental branch of the second sector. There was no Larry, there was no sadness, there was no dating. Strangest of all, Sherri Hawke, the “widower’s” personal assistant, said he spent little time in the office and asked not to bring up the subject at all. During this, it was revealed that the man had an affair with Lori Milliron for 20 years.

The saddest thing was listening to another hunter, Spencer Kakoma, talking about Rudolph living in Africa. “They seemed like a happy marriage,” he explained, adding that at no point did he notice that there was tension between the two and that on the last day of the hunt, the weapons ran out of ammunition. He testified that Bianca cleaned and emptied her own gun. So it seemed completely illogical to him that he had shot himself “accidentally” in the heart. It should be noted that Spencer was working at a distance of about 30 meters when he heard the gunshot and ran towards the cabin. They found 56-year-old Bianca Rudolph dead on the ground. The weapon used was a 12-gauge shotgun. She explained that it was partially stored in a soft case next to her, while Larry Rudolph appeared heartbroken, crying.

According to what he said, the dentist told him through tears “Let me kill myself because my wife has committed suicide. Committed suicide I want to kill myself too.” But when they arrived, the version changed, he no longer committed suicide, but accidentally shot himself in the chest. Spencer states that Larry was so distraught that he jumped into a nearby river. I ran away saying he wanted to jump in and drown. After calming him down, they returned to the cabin and only then did the “widower” issue a different version of events.

Thanks to a friend of Bianca’s and the jury, justice has been served!

Fortunately, after the efforts of the prosecution and a jury composed of six men and six women on the side of justice, it was confirmed that the dentist had pre-planned to kill his wife of 34 years in cold blood.

This to be able to start a new life with Milliron. In addition, the mistress was found guilty before the same court of being an accessory to murder, obstruction of a grand jury, and two counts of perjury. For their part, the two adult children, Ana and Julian, were shocked by the outcome of the marriage. In fact, he was not informed of his mother’s death for nearly a week.

The straw that broke the camel’s back occurred in 2020 when an argument between Milliron and Larry reached the ears of prosecutors saying “I killed my wife for you.” The evidence was presented to the jury, although Rudolph always denied the facts and claimed innocence. In fact, the attorney argued in an effort to deflect attention that, despite marital problems from their first marriage, Bianca and Larry were twice on the verge of divorce, but decided to live together with the “freedom” to have sex. .. with other people. He also told the court that the mistress never threatened the dentist nor gave him an ultimatum to end the relationship.

Although they wanted to hold Larry irresponsible for the murder, stressing that he had no financial motive to commit such a murder, it was confirmed that the subject had spent 4.8 million dollars after statements from Zambian officials. dollars, where they determined that the shooting had been “accidental”.. However, it turned out that the explosion had been fired from a distance of 2 to 3.5 feet, which would equate to a distance of 60 centimeters, or about one meter. Furthermore, the prosecution argued that the barrel of the gun was too long to fire itself. Thus the jury found him guilty and he now awaits his sentence, which we recall will be life imprisonment or death. .