He predicts ‘nearshoring’ will be key for the NL in 2023 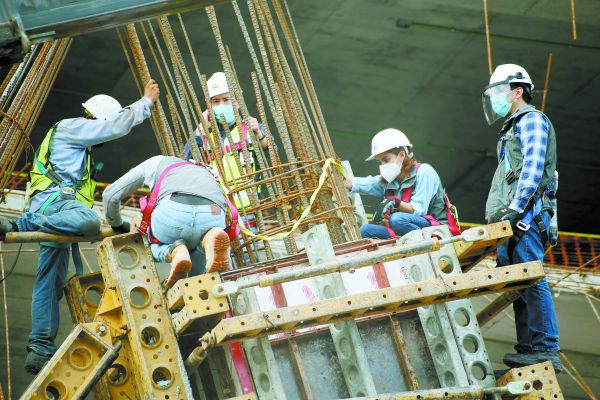 Nuevo León ranks second nationwide in mergers and acquisitions Mexico CitySince only from January to November 2022 about 40 transactions were done for an amount of two thousand 106 million dollars, and till 2023 it is predicted that the near term will help to maintain or even exceed this capital, he said. eduardo meucciPartner of the firm RION.

The productive sectors leading these types of operations are manufacturing, real estate, and construction, as well as technology and telecommunications.

“There is optimism from foreign investors to Mexico and especially to the north of the country. The United States predominates in this type of operation, but Chinese companies are beginning to be seen. Without a doubt, the near future will be present during the next year and The cities that are growing a lot because of this trend are Tijuana, Ciudad Juárez and the metropolitan area of ​​Monterrey”, he revealed.

He said Mexicans shopping abroad made 46 transactions, while foreigners shopping in Mexico accounted for 79.

Foreign investors in Mexico have a good appetite for purchases, a trend that will continue into the next year.

foregoing, he said, despite the fact that prior to the levels COVID-19But he predicted they would reach those levels in 2024.

Nationally, the amount they recorded from January to November is $10 billion, and although they are down from the 2021 level of $11 billion, he explained that many times companies don’t report the amount of transactions, so their Price difference.

for Felix CardenasDirector of the Center for Innovation and Entrepreneurship at Agde Business School, one of the elements he sees as a driver of mergers and acquisitions is the USMCA itself and the issue of nearshoring.

“We continue to observe disruptions across value chains in companies that have brought many investments into the region, for example, office families from China establishing themselves in Chicago,” he added.

He noted that the region made up of Nuevo León, Coahuila and Tamaulipas has a great tradition in the automotive sector: “There is some speculation that other electric vehicle manufacturing companies could come to the region which would not only create more appetite for electric cars , but also plastic injection companies, electric batteries and parts, we are monitoring the demand that may exist in these types of goods ”.

Jesus CarrilloAgde, a leader in investment programs at the Business School Entrepreneurship Centre, remarked that information technology, mining and manufacturing are sectors that lead the merger and acquisition processes.

“Earlier we saw that only large companies participated in mergers and acquisitions, today the issue of startups, companies like Kavach are participating a lot in acquisitions.”

carry it They are estimated to have a transaction volume of $15 billion nationwide at the end of November 2022.

“While it has been a bit slow, we believe there will be significant growth in the coming months. As of November, it had 170 transactions, and it is growing.”