‘He was saved by a miracle’; Company operates illegally on CFE lines 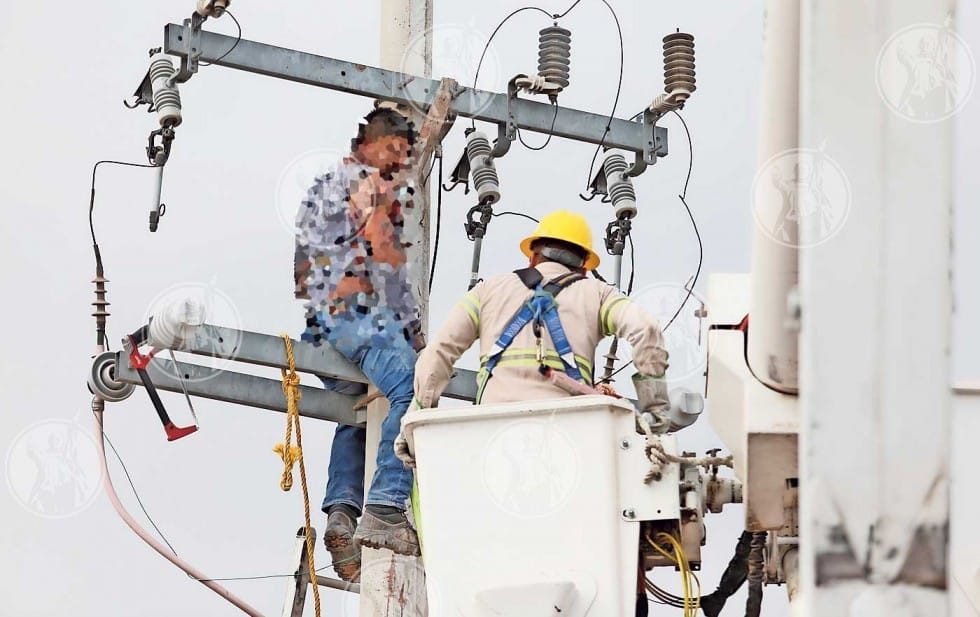 Irregular provision of a service, such as the wiring of the Federal Electricity Commission (CFE) without informing the parastatal, is being investigated by the Civil Protection Directorate, Roberto Briones Mota, the head of the agency, announced.

Following the accident where an employee of Company 2830 suffered a 13,800-volt shock that caused third-degree burns to his hands and arms, Civil Defense reported that they were investigating the operations of the companies involved.

“We don’t know how the two companies are doing, who contracted the service and who was providing it, all we do know is that they were going to do the wiring for the CFE pole without officially notifying them, Because it is a special task of the Commission” said Briones Mota.

The official said the employee, about whom no general data has been provided, lacked not only safety equipment but also experience, which put him in a very high-risk position.

“The worker was going to lay cables, for that they have to inform the CFE so they can make sure there is no risk. (The injured) should not be doing the work, he was not wearing safety equipment, not even gloves, we thought he was doing something else and here the lack of experience and knowledge came together,” he reiterated.

CFE spokesman Victor Barba told El Diario that the parastatal does not proceed with complaints against the companies “because they were facilities that were inside a company. That is, they connect to CFE facilities but they are not our facilities”.

In the matter of the intervention of the Commission’s team to rescue the injured, Briones Mota specified that this was in response to a request made by the Civil Protection, as they have the necessary equipment and experience to attend to such a case. a magnitude, otherwise firefighters would have risked working with high-voltage wires.

Last Monday, a man was electrocuted while working on top of a concrete pole owned by the CFE in front of the US consulate facilities in Ciudad Juárez, municipal civil protection workers said.

The business, located in Paseo de la Victoria, called machines 02 and 03 of the fire department as well as rescue and Red Cross personnel to attend to reports made by citizens about the accident, Commander Sergio Rodríguez explained.

The CFE workers were the ones who proceeded to rescue the injured man, who was conscious at all times.

Briones Mota said the man, who worked for Company 2830, received a 13,800-volt shock while he was working for another private company and was working on top of a pole.

The injured person had severe burns on his hands and feet, for which he was shifted to a private hospital and later to a social security hospital as he was a beneficiary.

“It is truly a miracle that he is alive, a discharge of that level is not supported by everyone and lived to tell the tale… There was a discharge of 13,800 volts and he was conscious until emergency services arrived,” The public servant said in praise.

El Diario yesterday traced the person in charge of the business with the company name 2830 and according to the commercial registry it is located in the city of Chihuahua, however, the person who answered the call said he was not authorized to make statements and promised to approach the commission, which did not happen till the close of this edition.

Employees of the company at the post where the accident occurred refused to reveal the name of their company, arguing that “many people’s heads would turn” if they revealed the information.

Social Security medical personnel said that the condition of the injured employee is said to be serious but stable due to electrocution followed by third-degree burns on various parts of the body surface.