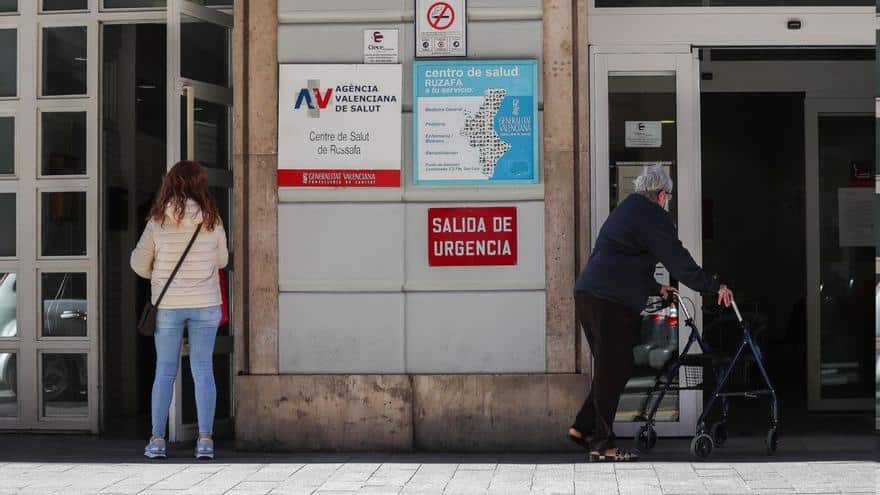 The World Health Organization says depression will be the leading cause of global disability in 2030. It is a disease that currently afflicts two million citizens in Spain. In Europe, 37 million. In the world, 300 million. And in the Valencian Community? According to figures provided last Friday by the Conselleria de Sanitat Universal, when the World Day Against Depression was celebrated, Valencian health centers treated 161,779 patients suffering from this disease during the past year.

Primary care centers have 13,481 consultations per month, 443 per day. And to these cases we must add the 27,783 people with depression who were referred by the mental health units of the Generalitat in 2022.

Thus, more than 3 percent of the total population of the Valencian Community has been diagnosed with depression. According to the province, 18,112 patients with depression were treated in primary care centers in Castellón, 87,813 in Valencia and 55,854 in Alicante.

But these figures are of course only the tip of a very large iceberg. According to the psychiatrist at the Provincial Hospital of Castellón, Mariano Villar, “At least half of the cases of depression are not diagnosed. It is believed that if more do emerge it is due to better training of GPs, loss of stigma and simple and effective caused by treatments.

The COVID 19 pandemic has put mental health disorders, including depression, at the center of the debate. This has inspired people to talk more about this painful issue. Also, reconsidering new treatment models in more depth.

A report on mental health in the pandemic published in January 2021 by the National Institute of Statistics (INE) indicated that within the autonomous communities, the Valencian Community ranks second, behind only Castilla y León, in terms of prevalence. Any depressive symptoms. According to this study, depression affected 9.8% of the Valencian population over the age of 15.

The Commissioner of the Generalitat for mental health, Rafael Tabares, confirmed to Levante-EMV yesterday that “there has been an increase in the demand for mental health problems in primary care and health centers.” “This happens here and in other autonomous communities and in general since the beginning of the pandemic and the aftermath of the pandemic,” he stressed. The increase in demand is around 10 and 20 percent,” according to Tabares.

Regarding the fact that only 10% of people with depression are under the age of 40, Villar cautioned that “more mild damage to the skin without suicidal intent has been seen in adolescents”. Depression is a frequent occurrence but only 50% is linked to mental health (borderline personality disorder, not depression). The causes are varied but they share a need to relieve negative feelings.

For his part, Valencian clinical psychologist Carlos Hidalgo asserted that “one in 20 children and adolescents will have a depressive episode before the age of 19.” For this reason, he advises parents to be very observant, “because studies show they seriously underestimate the intensity of their children’s depression.”

Regarding the consequences of the pandemic, Hidalgo commented, “There has been a 47% increase in mental health disorders among minors; and 60% suicidal behaviour, and sometimes self-harm. People who are depressed sometimes feel hopeless and do not want to live. They may have self-harming behavior or suicidal thoughts.”

For his part, Tabares pointed out that the low percentage of young people diagnosed with depression is due to a perception of mental anguish that differs from that of adults. “In their case, it usually manifests itself with increased aggression, frustration and behavioral difficulties or self-harm. But there are also depressive pictures, although with a prevalence that adults.

This is a reality that is there and it is also reflected in the counseling of free psychological care telephone numbers, on which young people do not stop calling, especially in the age group of 30 to 45 years. In Red Cross Responds, a confidential emotional support service, this age range is already a more common profile than older people. And in fact, there is a 160% increase in consultations in 2022 compared to the previous year.

Red Cross psychologist, Cristina Molina, warned in an interview with Levante-EMV last October that “young people still keep quiet about these issues, mental health remains a taboo. They don’t talk to their friends about it.” They don’t talk about how they feel and they don’t speak up until it’s serious.”