Health Day for Texmalucans will be accompanied by ‘Citizen Tuesday’ 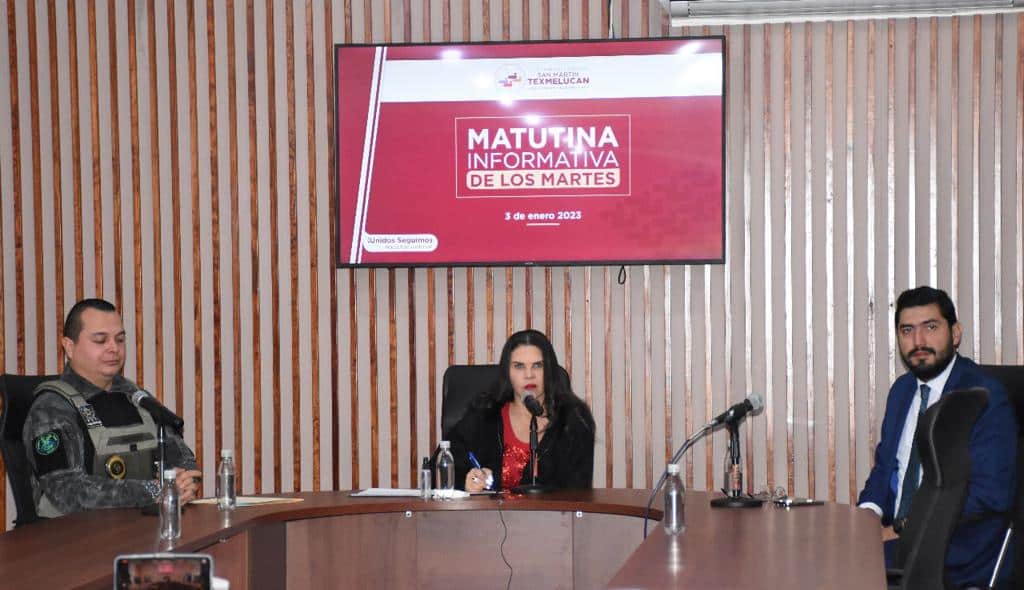 In the first informative morning session of 2023, Norma León, Municipal President of san martin texamelucan, reported the visit of the state’s health secretary, Dr. José Antonio Martínez García, on January 10 to mark the beginning of the health day of “Citizen Tuesday”; Services will be provided such as: rapid HIV testing, counseling, vaccinations and a mobile operating room from 10:00 a.m. to 4:00 p.m. at the Auxiliary Board of San Juan Tuxco.

Similarly, Lyon announced that on January 5 Directorate of Tourism and Culture There will be activities for girls and boys, where they will share the traditional Rosca de Reyes, receive gifts, create their own letter to the wise men and have their picture taken with them. The event will be completely free of charge, with the event taking place from 3 to 6 p.m. in the lobby of the Texmelukens Cultural Complex.

Furthermore, on January 6, National System for Comprehensive Development of the Family (DIF) will present a free puppet show titled “A Pirate Story” based on the Texmalucan Cultural Complex; Tickets can be collected till January 5 from the Municipal DIF centers from 9 am to 1 pm.

On the other hand, the mayor indicated that support for San Baltazar Tejascalac continues through the distribution of water pipes, with a total of 334 pipes of 10,000 liters each. It should be noted that, to solve this problem, the project has already been entrusted to the College of Engineers of the State of Puebla, giving the green light to federal and municipal resources, for National Water Commission (CONAGUA) 5 million pesos for the benefit of citizens.

Regarding Tiangui, it was reported that it is back to its normal working hours and days, allowing traders to enter from 8:00 PM on Monday, and the start of activities at 00:01 PM on Tuesday. ends at 00:00. Same day

The mayor announced that on January 10, the Secretariat of Social Welfare would distribute 4,320 liters of milk to Texmelukense families, managed by Welfare Secretary to the State Government; In addition, the secretariat distributed 500 toys and 800 items of clothing to the subsidiary boards and municipal seat through requests received on Citizen Wednesday.

During his speech, Horacio Cano Vargas highlighted that the short film competition of the “I do not steal” campaign closes registration on January 26 and the awards will be on February 14, the selection will be through social networks. The award to the winner with the value of 15 thousand pesos in cash and the dissemination of the short film in Cinebox is highlighted.

With regard to security issues, Juan Valentin Alducín Guerra, Secretary of public safety and city transit, Reported that throughout the week 8 reports were made to the Public Prosecutor’s Office, of which 12 people were arrested: 4 women and 8 men.