Health, safety and employment: ‘pending’ to 2023 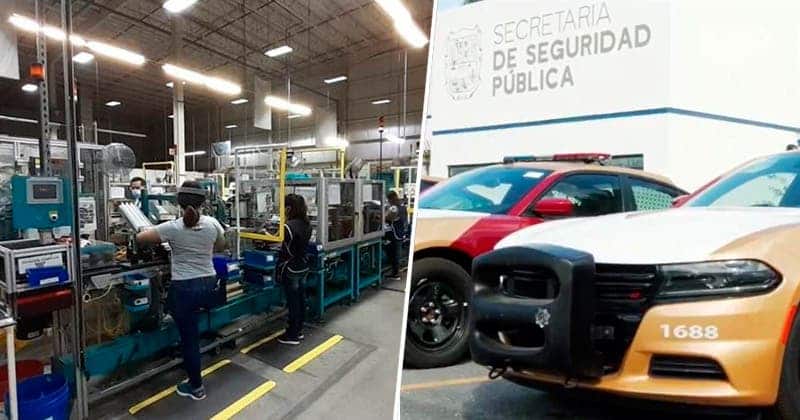 Ciudad Victoria, Tamaulipas.- At the start of its first full year, Americo Villarreal Anaya’s state administration will face three main challenges in 2023: a legacy of insecurity, deficiencies in the health system, and insufficient jobs to drive economic growth .

The first is the one that matters most to the citizens and productive sectors of Tamaulipas, who stress that without security it will be difficult to meet the economic and social goals that have been set.

The main security task would be to stop and initiate a gradual decline in the rates of violence.

The clearest figures it presents are intentional homicides in the Executive Secretariat of the National Public Security System.

Since 2009, when the spiral of violence began in Tamaulipas, it has not been possible to close a year with fewer than 500 murders.

The end of 2022 has thrown up some positive signs: October and November, the first two months of the new administration, have had the lowest number of homicides of the year, with 52 (26 in each month).

If the trend continues during the month of December – official figures have not yet been published – the year could end with fewer than 400 murders, as November amounts to 354.

But the challenge is still there.

Only a few violent incidents were recorded between 31 December and 1 January which measures the difficulty of coping with insecurity.

On the morning of the first day of the year, a series of clashes occurred in Matamoros that unofficially claimed the life of an element of the State Guard and wounded a two-year-old girl.

While in Victoria, on 31 January, it was learned of the murder of an elderly woman who may have been the victim of a robbery, without the Attorney General’s office officially reporting the facts.

The second major headache for citizens is theft, perhaps the crime that affects society the most.

The pandemic worsened the situation: From 2021 to 2022, major property crimes in Tamaulipas increased by nearly 200.

The Criminal Incident of Common Law 2022, presented by the Executive Secretariat of the National Public Security System, specifies that 11,129 were committed in 2021 and a total of 11,310 in 2022, an upward difference of 181.

In August also 6 thousand 218 dacoities were registered with maximum 819; Burglary, 1,400, was the highest number of assaults recorded in the same month: 120 were violent and 920 were without it.

motor vehicle robbery left a balance of 1,517; For a change, August was the month with the highest number of cases, with 219; Thieves took away 1,276 four-wheelers, 359 violently and 917 without using this option.

The criminals also seized 241 motorcycles, “killed” 38; They were violent in 20 cases and “friendly” in the remaining 221. They didn’t scavenge auto parts and stole 17, with only 2 cases involving violence.

The National Council for the Evaluation of Social Development Policy (Conval) reported in its Conval Poverty Measurement, which ran from 2010 to 2020, that Tamaulipas workers in 40 out of 43 municipalities received an average of 11,000 pesos per month in that decade .

The remainder is negative: one million 518 thousand 914 Tamaulipas with a salary that is below the poverty line.

The coronavirus pandemic in 2020, coupled with economic paralysis with layoffs of workers as a result of the virus, coupled with increases in the prices of products and services, exacerbated poverty in the majority of municipalities, especially in rural areas.

The most affected sector has been manufacturing.

In Victoria, Kemet Maquiladora laid off more than a thousand workers as part of adjustment measures due to lower production demand during 2022 and threatened to start 2023 with more layoffs, estimating it could hit 100. And may begin with the loss of workers.

In addition, in 2021, one of the two plants built by the APTIV company in Victoria was also closed.
According to the México como vamos program, at the end of the second quarter of 2022 the state achieved 2.9 percent economic growth of the 4.5 target for the year, which is why it has a deficit of 1.6 percent.

In its report for the first half of 2022, Mexico Como Vamos clarified that Tamaulipas is classified among the states with a growth rate, due to the percentage in the state economic growth stoplight.
less than 3.4 percent.
Breaking down on the basis of items, the state achieved 91 per cent in job creation with yellow accounting for the opening of 24,254 jobs out of the target of 26,750 jobs.

Health: What the pandemic left behind
The new state administration has placed particular emphasis on the poor state of Tamaulipas’ hospital infrastructure.

But a lack of investment and problems with staff led to a situation that worsened during the COVID-19 pandemic, leaving an urgent need: more spaces and more specialists.

Of the 435 medical care spaces that exist in Tamaulipas, only those with a “large” infrastructure operate regularly, but with deficiencies.

At least 30 per cent of the 397 medical units present in the state are without services.

Despite the fact that resources were allocated for infrastructure in 2019 and 2020, two hospitals in the process of being built to replace the ones currently operating, did not materialize: one in Matamoros and one in Ciudad In Madero, which will be on hold.

With regard to the Matamoros Hospital, despite the fact that it is almost functional, administrative offices require facilities that allow its proper operation.

It operates halfway with the Maternal and Child Service, although for general attention, it is slow due to a shortfall of about 100 million pesos by INSABI.

One of the main problems facing the new government and one that will be a challenge for 2023 is keeping the supply of medicines ready.

In recent months, severe shortages of both medicines and supplies to carry out even the most basic procedures have been reported.
The Intermed company was the only company that received bids for more than 1.2 billion pesos for the supply of medical supplies and medicines during the previous state administration in the last six-year period.

????????-if you still do not hear from @ExpressoPress in you #WhatsappMessage 834 247 75 53 and start receiving our information for free. #tamulipas #Express pic.twitter.com/tZfE3ptwsr