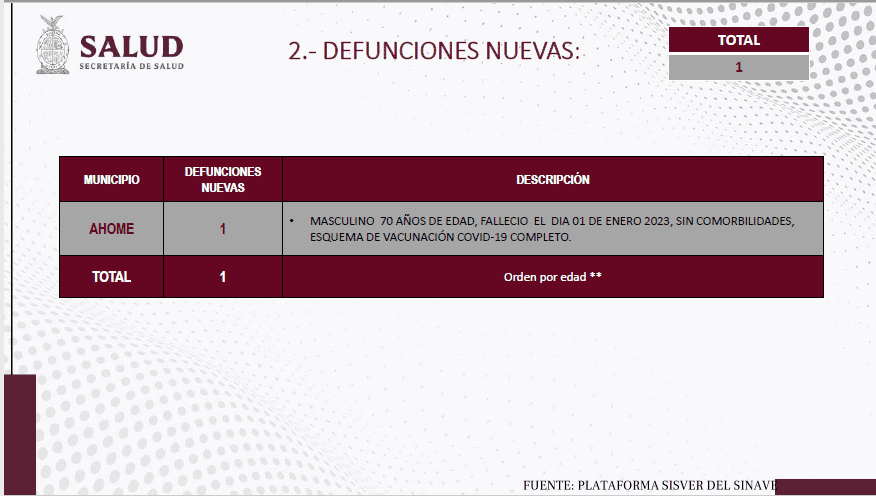 The Ministry of Health in Sinaloa recorded the first death from COVID-19 in 2023, a 70-year-old man originally from Ahom who died on January 1.

In the weekly report released by the agency on 2nd, it indicates that the deceased patient had no co-morbidities and had a complete schedule of vaccination against Corona virus.

In addition, 25 new positive cases were confirmed, 24 of them in the municipality of Culiacan and one in Mazatlán, however, this was not reflected significantly in active cases, which increased from 800 on 26 December to 810 on 2 January. Went.

Culiacan has the highest number of active cases with 595 patients, followed by Mazatlán with 90, Ahom with 74, Guasave with 18 and Salvador Alvarado with 12.

The municipalities that did not report patients with active virus are Choix, Elota, San Ignacio, Concordia and Esquinapa.

In addition to the 810 active cases, Salud Sinaloa also reported 109 suspected patients, 30 in Culiacan, 22 in Ahom, 17 in Guasave, 15 in Mazatlán, nine in Escuinpa, seven in Navolato, three in El Fuerte, three in Sinaloa and three Gave. in Concord.