Heat: Decision not to air Wednesday bench incident was our call, not Bally Sports 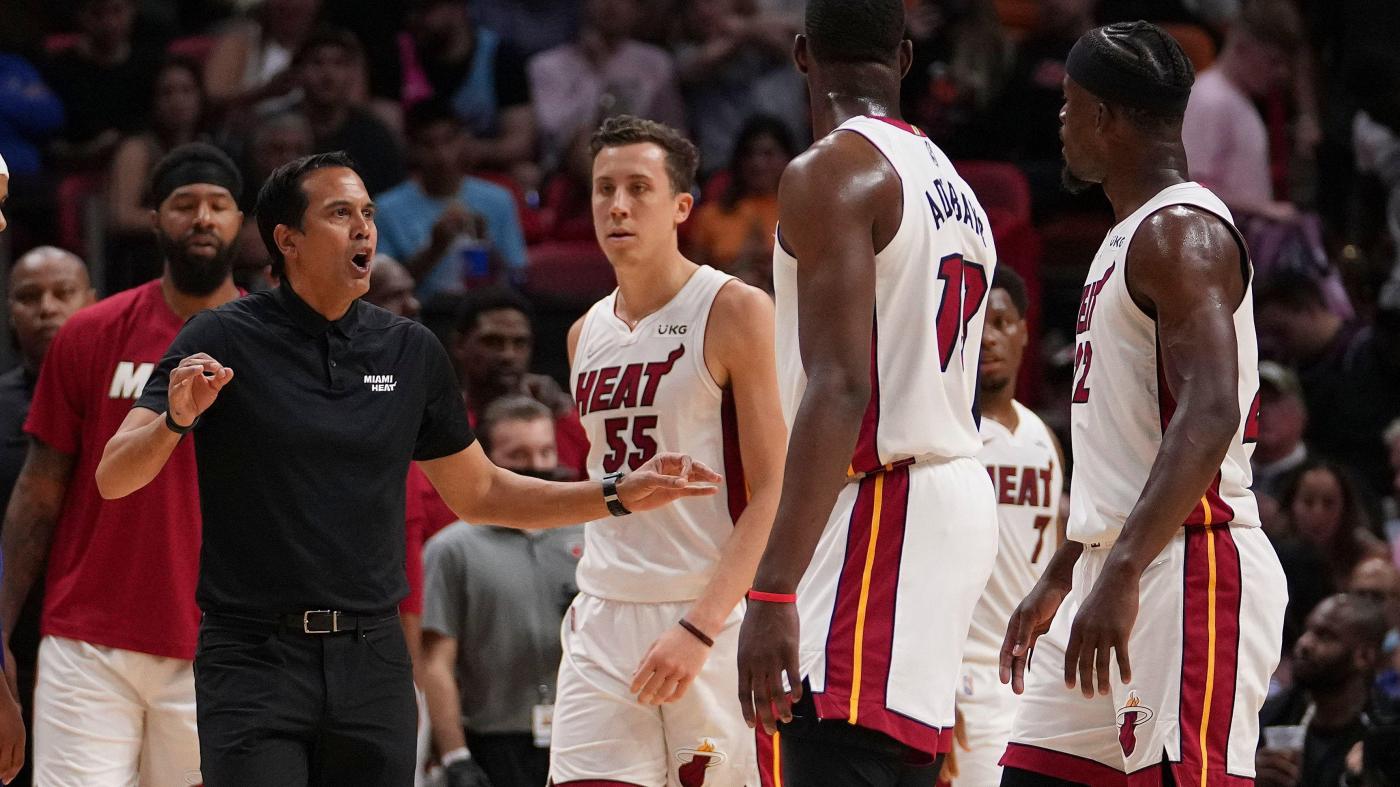 The Miami Heat confirmed Thursday to the Sun Sentinel that it was the team’s decision, and not the decision of broadcast-rights holder Bally Sports Sun, to elect not to show the third-quarter altercation on the team’s bench during Wednesday night’s loss to the Golden State Warriors at FTX Arena.

Lorrie-Ann Diaz, the Heat’s vice president of business communication & social responsibility, said the call, “which was ours and it’s consistent with our past practice.”

During the incident, forward Jimmy Butler and captain Udonis Haslem had to be restrained by teammates, with Heat coach Erik Spoelstra getting into a heated verbal confrontation with Butler.

While the Bally Sports Sun broadcast made only passing reference to the incident, the NBCSports affiliate handing the Warriors broadcast posted a full video of the confrontations.

“The past practice is just not to air those types of things,” Diaz said. “But it’s ours. That was our decision, not Bally’s.”

The Heat then showed postgame interviews with Spoelstra, point guard Kyle Lowry, forward PJ Tucker and center Bam Adebayo, with all four addressing the incident. The Heat also did not air video of the incident during those interviews.

A party familiar with the team’s approach acknowledged to the Sun Sentinel that in light of videos of the episode being widely posted across social media, the Heat likely would adjust their broadcast practices going forward.

Such a step could prove particularly beneficial during the playoffs, when Bally Sports will broadcast Heat games simultaneously with national broadcasts on TNT and ESPN, with the national outlets surely to feature such moments. Only playoff broadcasts on ABC are limited to being exclusively shown on national television.