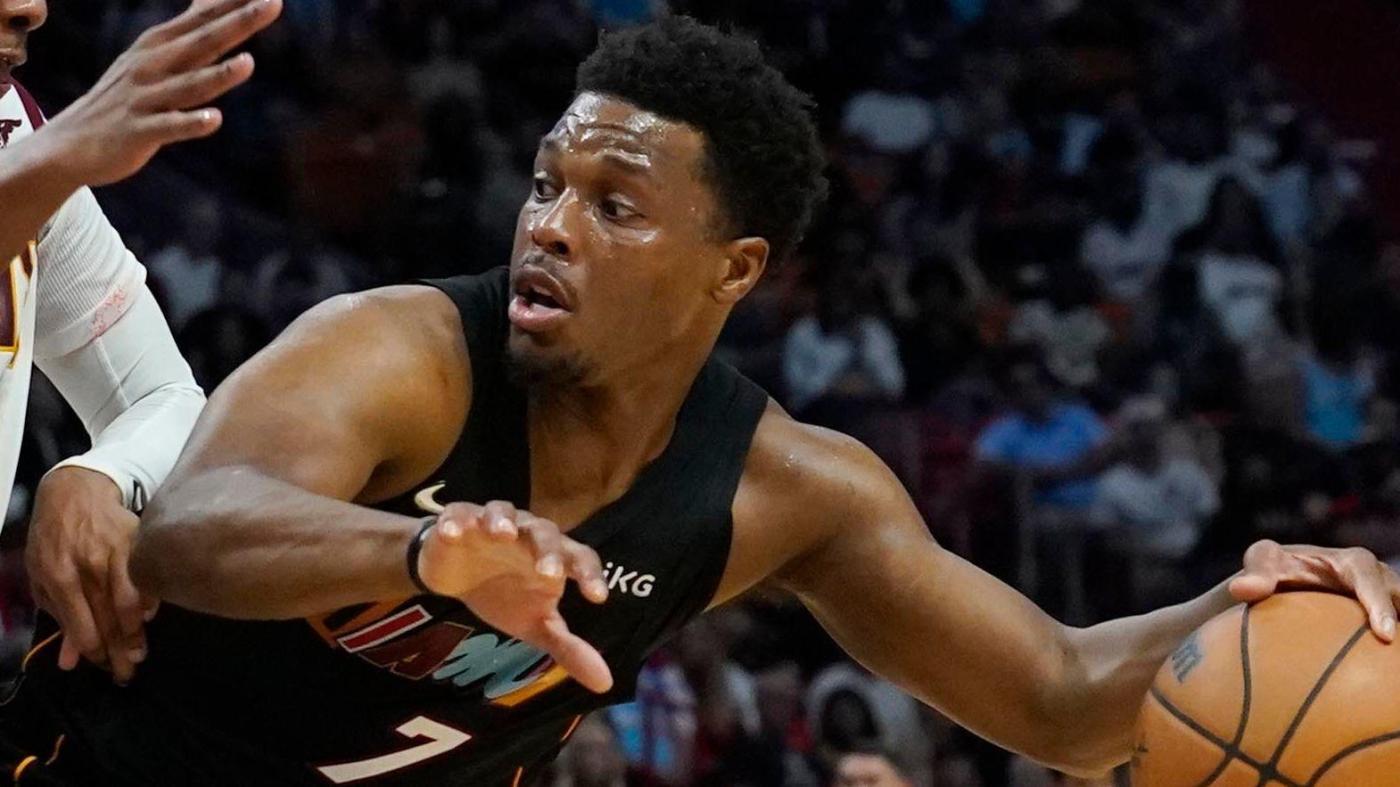 On a night that scorers stepped aside, Kyle Lowry stepped up. More, the Miami Heat veteran point guard said, soon will be on the way.

Having attempted 10 total shots in his previous three appearances after missing a week due to family reasons, Lowry closed 4 of 12 from the field in Saturday night’s 113-104 loss to the Minnesota Timberwolves at FTX Arena.

While the accuracy was not there, the aggression was. With Jimmy Butler and Victor Oladipo held out, it was a necessary move toward what will be expected and needed in the playoffs.

“Of course it’s probably going to involve shooting a lot more, being more assertive and aggressive. But me, personally, I’m going to just let the game dictate what I’m gonna do. And when it comes down to trying to get to that main goal, you have to have everybody firing on all cylinders and being aggressive.”

It has been a somewhat uneven run for Lowry, missing nine games initially for the family emergency and then returning for nine, followed by the four missed games and now these four games back.

“For me, personally, it’s just about playing the game. You know, the game is going to tell me and dictate what I need to do. I was coming off an absence, so I just had to work my way back to where I need to be.”

Lowry said Saturday, though, was not an attempt to compensate for the absence of Butler, who has been dealing with a toe issue.

“We can’t duplicate what Jimmy does,” Lowry said. “We can’t make up for what that guy brings.”

Listed as questionable due to knee soreness until shortly before Saturday’s tip-off, 36-year-old power forward PJ Tucker started and pushed though both ends of the back-to-back set that opened with Friday night’s home victory over the Cleveland Cavaliers.

Heat coach Erik Spoelstra, though, hinted it might soon be time for some load management in advance of the playoffs.

“He’s a warrior. He’s so tough,” Spoelstra said. “I’m just going to have to constantly communicate with him and monitor him and make sure that he’s fresh for when it really matters.”

Spoelstra said Oladipo will be back for Tuesday game, after being given the second night of the back-to-back set off for rest.

With Butler likely back, as well, a return of Caleb Martin from his hyperextended left knee would give the Heat a completely healthy roster for the first time this season and the first time in more than a calendar year.

On a night he was off with his offense, emerging Timberwolves guard Anthony Edwards said he requested the defensive assignment on Heat guard Tyler Herro at the end of Saturday night’s game out of respect for what turned into a 30-point effort by Herro.

“Oh yeah,” Edwards said, “because I was like, ‘Yeah, he’s scoring too much.’ And I knew he was going to shoot every shot. That’s my guy, and he’s nice.”

It was Herro’s seventh 30-point games this season, the most in the NBA by a reserve.

With Saturday’s loss, the Heat fell to 4-8 on the second nights of back-to-back sets, with an 8-4 record on the front end of such pairings. They have two sets left: March 25-26 at home against the New York Knicks and Brooklyn Nets, and then April 2-3 on the road against the Chicago Bulls and Toronto Raptors. , ,

Among the reasons the Heat were swept in the two-game season series by the ‘Wolves was center Bam Adebayo going 9 of 20 from the line in the matchups.