Heavy rain and snow expected in Southern California over the weekend 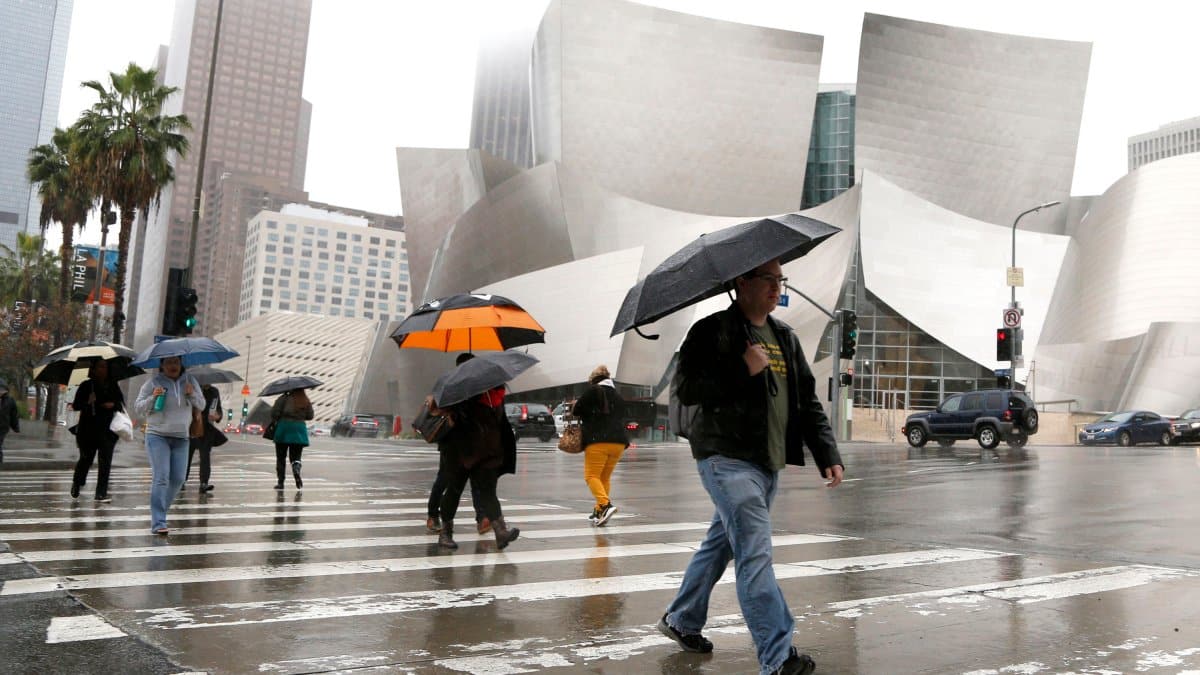 Widespread rain and mountain snow, including enough to cause dangerous travel conditions on the 5 Freeway north of Los Angeles, are in the weekend forecast for Southern California.

The period of rain is expected to start over most areas from Saturday night and continue till Monday morning. The Coast, Los Angeles Basin and Valley regions will receive 0.50 to 2 inches. 1 to 3 inches is possible in the foothills and mountains.

“We have a busy three days of weather ahead,” said NBC4 forecaster Shanna Mendiola. “Widespread rain from the coast to inland, even some snow in the mountains.”

Southern California will wake up to dry conditions on Saturday ahead of the storm, bringing much of the area with light rain around 7 p.m. ET. The temperature will be between 50 to 60 degrees.

“It will intensify as we sleep from (Saturday) night to Sunday, with the strongest amounts on Sunday morning,” Mendiola said.

By Sunday afternoon, most of the heavy rain will move eastward across the Inland Empire and Orange County. Rain will continue in other areas till Sunday night.

Travel conditions are expected to worsen in the mountains this weekend, where 6 inches of snow can be expected in areas above 6,000 feet. Travel may be affected along the Grapevine section of the 5 Freeway near the Los Angeles-Kern County border.

“I expect dangerous conditions even on the higher peaks through the grapevine,” Mendiola said.

There is a chance of light rain on Monday morning.

Temperatures will be in the 60s and 50s in Los Angeles and inland Orange County during the weekend. The temperature of mountain communities will drop to 30 degrees.

This week’s US Drought Monitor map shows much of the state in moderate drought conditions. Severe and extreme drought persists over the central portion of the state and north-central California.

Los Angeles County has bands of moderate and severe drought, with pockets of extreme drought in the far northwest corner of the county.

According to the report released on Thursday, the conditions have changed slightly in the last three months.

California has spent much of the past 15 years in drought conditions. The current three dry years include one of the driest winters on record. The state’s normal wet season lasts from late fall to late winter, but severe drought conditions persist over about 95% of California by early spring.

Most of California’s water comes from the snowpack of the Sierra Nevada. In an ideal scenario, storms cover the mountains with snow during the winter, creating a nature reserve. That snow melts in late spring and early summer, replenishing the state’s water system. Snowfall this year has been much less than normal.

In early 2022, California recorded the driest first three months of the year in its history. The dry stretch came after a promising December when storms drenched parts of the state and brought snow to the Sierra Nevada mountains, California’s natural water reserve.