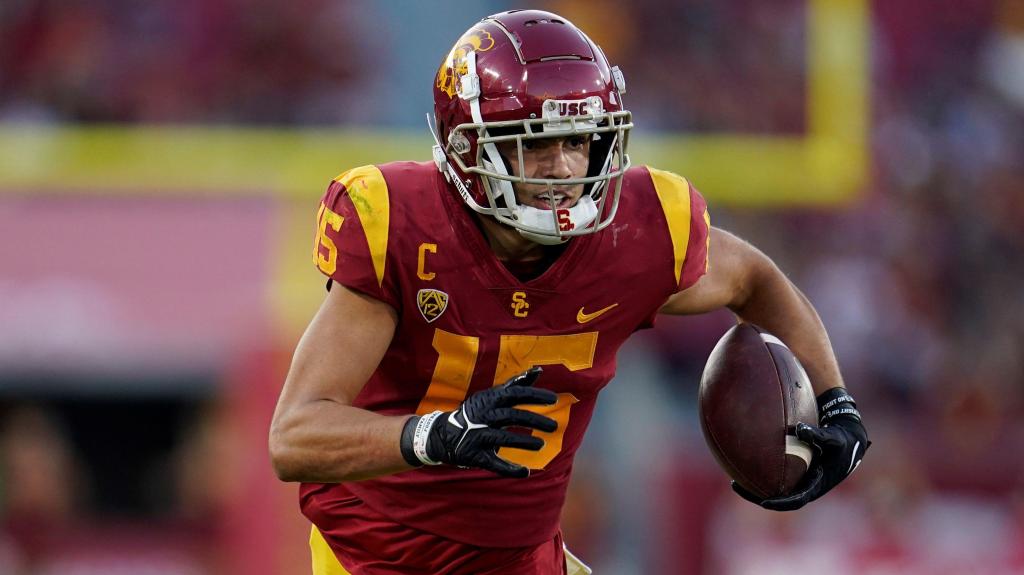 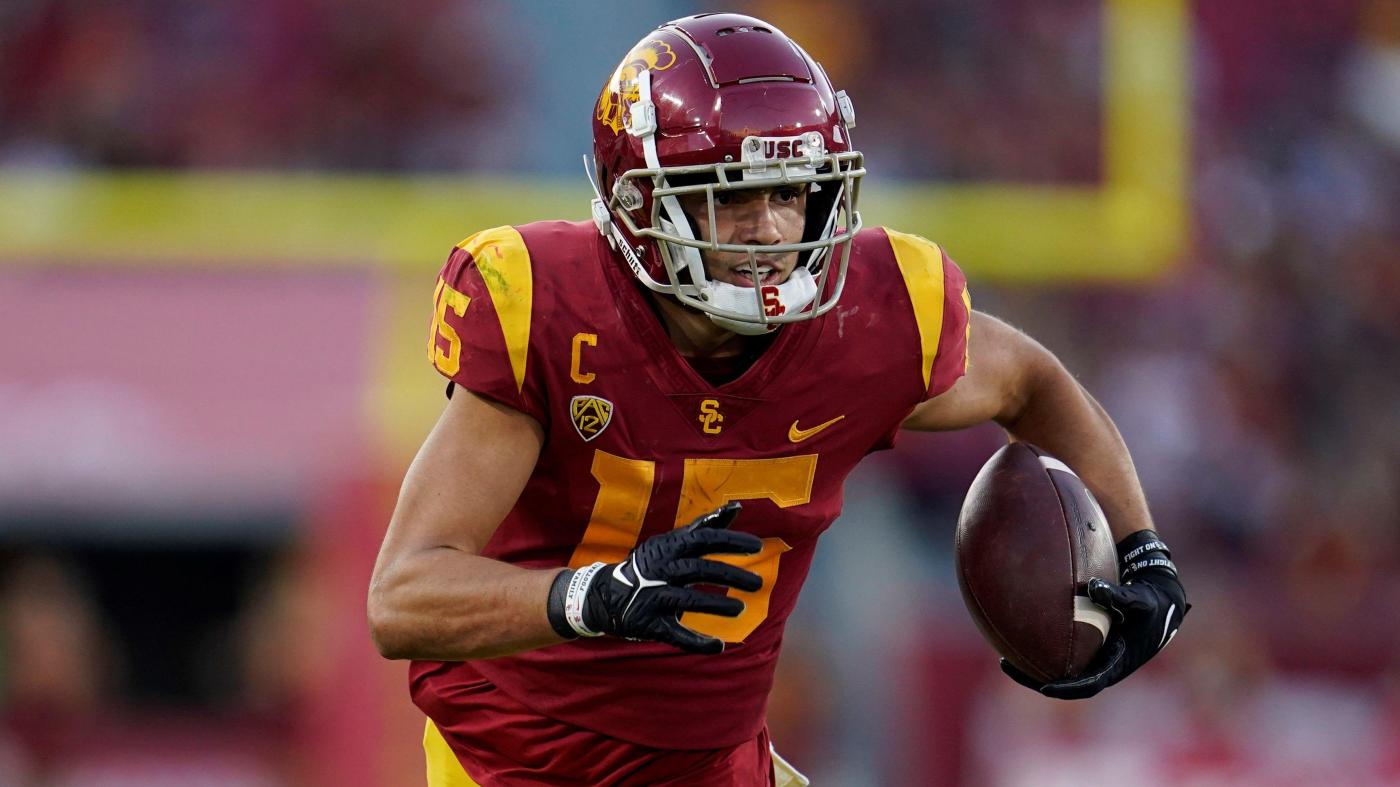 Zach Wilson needs weapons. The Jets have plenty of holes to fill, but it all starts there.

A young quarterback’s development is tied to their available weapons and Zach Wilson needs more of them — particularly receivers.

No signal caller can produce on his own. They need protection and, most importantly, someone who can get open and win 1-on-1 battles.

That’s not to say the Jets’ current receiver room is bad or below average. It just needs more.

Sources in the building acknowledge it’s an issue the team will attempt to improve this offseason.

Here’s a look back at where the position group stands, and how it could improve in the draft.

Coming into the 2021 season, the Jets receiving corps was highly touted after free agency and the draft.

They acquired Corey Davis from Tennessee, coming off a career year with 984 yards and five touchdowns in 2020. Elijah Moore was selected in the second round out of Ole Miss. Keelan Cole was added after compiling 2,242 yards in four years with the Jaguars. The Jets retained Jamison Crowder after contract negotiations on a cheaper salary. And Braxton Berrios and Denzel Mims were still on the roster.

The unit was perceived as “deep.”

It became painfully apparent that it wasn’t. There were moments when the group was productive, but it wasn’t consistent enough.

And it started with their two top weapons, who flashed excellence but were frequently invisible or injured.

Davis struggled at times with drops (six) and being a No. 1 option. Perhaps worst of all, he missed eight games with injuries to his groin and core muscle. He finished the season with 492 yards and four touchdowns.

Moore started the season slow, with just nine catches for 79 yards with zero touchdowns through Week 7. Between Week 8 and Week 13, Moore ranked sixth in receiving yards (459), tied for first in touchdowns (five) and 10th in receptions ( 34).

Moore’s best game came against the Miami Dolphins in Week 11, with eight receptions for 141 yards and a touchdown.

The star potential with Moore is evident, but he struggled with injuries too, suffering a pair of quad injuries and a concussion. They cost him the entire preseason and six games in the regular season.

Berrios, Cole and Crowder combined for 1,327 with six touchdowns, which is fine for the rest of the corps.

But Cole, Crowder and Berrios are free agents. Regardless of what happens with them, high end talent must be added.

But the No. 10 overall pick is primed for a potential weapon for Wilson.

London is a 6-foot-5, 210 pound athlete. In 2021, London had 88 catches for 1,084 yards with seven touchdowns. He does have injury concerns since he fractured his ankle against Arizona on Oct. 31, missing the rest of the season.

But London is uber-talented, with a game reminiscent of Mike Evans. He’s not a burner, but he knows how to create separation with his big frame at the top of the route. He has strong hands and can consistently win in contested catch situations with outstanding body control.

And the Jets want a big body receiver who can consistently make contested catches and be a big target in the red zone, something they don’t have right now. Their receiver group had only 24 contested catches (Davis led with six), according to Pro Football Focus.

They want the option of having a guy who can win when double covered or if a defense brings pressure, Wilson can throw quickly to a guy who wins in those situations.

London meets those desires. Some worry about the amount of separation he wins with, because in the NFL those holes only get smaller. But members of the Jets front office are impressed with London. The counter to his small windows is that he possesses the ability to separate with aggressive hands and ball skills.

His skillset is similar to Moore’s. Both have elite quickness within their route running which allows them to maneuver pristinely in and out of their breaks. He understands how to attack defensive backs’ leverage when going through his routes to create separation whether he’s pressed or in off coverage. And he knows to find the soft spots in zones. His quickness allows him to win against press coverage consistently and he’s dynamic after the catch.

There were countless plays when Wilson created seismic separation at the conclusion of his route. At it’s best, Wilson’s play style and size reminds scouts of Stefon Diggs.

Burks had 66 catches for 1,104 yards and 11 touchdowns in 2021. He’s a 6-foot-3, 225 pound specimen who can blow past defenders. He is the least refined route runner of the three mentioned, but that’s because Arkansas’ offense didn’t ask him to run a complex route tree.

The offense centered around Burks by utilizing him as a Swiss army knife. His versatility is what makes him dynamic.

Burks ran routes out of the back field to exploit mismatches. He played a lot in the slot, so defenders couldn’t jam him, which allowed him to quickly get downfield to run dig, post, out and curl routes. He was a key cog in their screen game.

The objective of his passing offense was to get Burks in space which allowed him to create explosive plays.

There weren’t as many reps of Burks playing on the outside but in the moments when he did, he produced game changing plays. Against Alabama, Missouri and Texas A&M, Burks produced long touchdowns with a go-route against man coverage at the outside spot. Winning on the outside is in his toolbox.