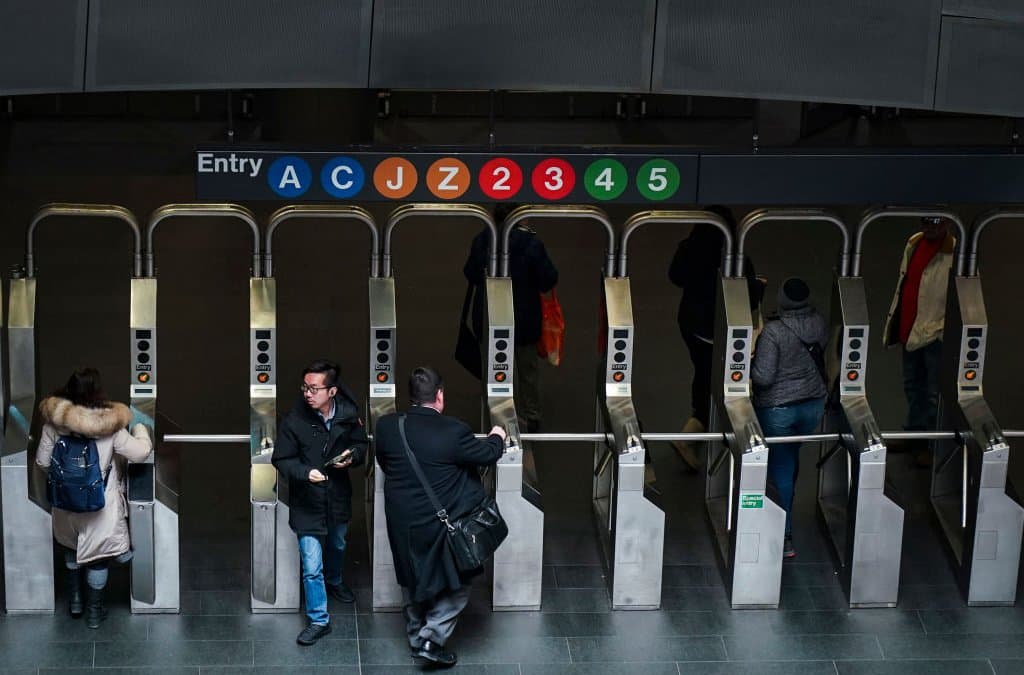 NEW YORK — An MTA fare hike may soon be inevitable, as the transit agency detailed financial woes as a result of the pandemic.

On Wednesday, top transit officials showed MTA board members just how bad the situation was with regard to their losses — billion-dollar losses, that is. This is expected to reach $3 billion by 2026, according to the MTA’s chief financial officer, Kevin Willens.

Cause of the crisis? Ridership has yet to fully return to pre-pandemic levels, which were only two-thirds of what they were in 2019.

The office of New York State Comptroller Thomas DiNapoli crunched the numbers and wants to know how the MTA plans to save money and streamline operations as it tries to close a major budget gap caused by the pandemic. COVID-19 brought a dramatic and prolonged decrease in ridership, from which the agency is still recovering.

The MTA received a $15 billion federal bailout, but it has already spent two-thirds.

“That federal relief is not forever. A part of it is in the form of loan which has to be repaid. And passenger numbers haven’t come back,” DiNapoli said.

He also warned that with a lack of government funding and a drop in passenger numbers, there could be severe service cuts and fare hikes in the future.

“New Yorkers need to worry about how to fill the void. Cut service?” DiNapoli said.

In response to the damning report from the comptroller’s office, the MTA stated that they are “committed to maintaining strong service for our riders, and this report underscores that with fare increases and service reductions due to the pandemic.” Solving the subsequent budget gap is not an attractive option in itself.

Regarding how to save costs, MTA President Jano Lieber dismissed one of the methods outlined by DiNapoli.

“Any cut in service, God forbid, is a last resort,” he said.

That leaves rising fares, an idea that is wildly unpopular with commuters.

Cyclist Peggy Banks said, “It shouldn’t even be the rate it is now. They want more money, but we’re not getting the service we need! It’s out of control.”

The new state audit revealed that before the pandemic, subway and bus fares accounted for 42 percent of the MTA’s revenue. Now, it’s just 24 percent, which has helped create a $1.6 billion deficit.

The state comptroller said a 28 percent fare hike would be needed to ease the MTA’s financial pain. An increase in that amount would increase the price of a trip from $2.75 to $3.50.

Meanwhile, Lieber has recommended a more modest fare increase of 5 percent, which would be about 15 cents more than what passengers pay now. He also said that the financial crisis could be avoided if federal, state and local governments injected hundreds of millions of dollars more cash.

“And if they also want a response that raises the rate unnecessarily, we’re all ears,” Lieber said.

So what happens next? The MTA board will vote on the plan in December. If they approve the rate hike, it could still be rescinded if the government comes up with alternative funding.