He’s a Psychologist, He Left Everything in Spain to Clean Swimming Pools in Florida and Received Life Lessons 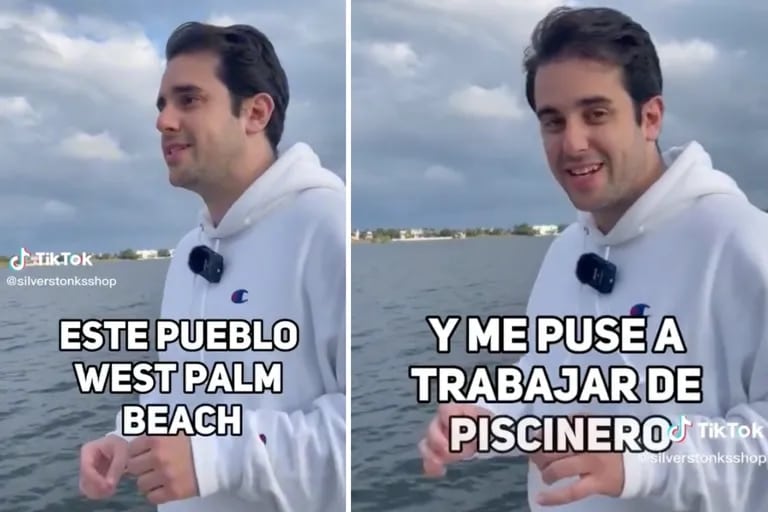 Settling abroad, and especially in the United States, is the plan of many people seeking a different lifestyle. The preconceived idea of ​​the “American dream” and that country as “opportunities” sounds appealing. It fascinated Vicente Benloch, who after studying psychology and with two masters, decided to start from scratch in Florida. However, it was all part of the path that led him to train as an entrepreneur: “The first time I came to the United States I set foot in this city, West Palm Beach, and I started working as a pool boy. Started working as a,” began his story.

In a video that he shared through his TikTok account @vicente.benlloch, he gave all the details. There he gained a community of over 50,000 users, who keep abreast of his advice for the venture, as well as reflections on his experiences in Spain and the United States,

Vicente admits that his situation completely changed upon his arrival in America. “I came with my job, my good family and I have come here as a wretch.” Despite this, he never stopped to achieve his goals. After that, he worked on the island of Palm Beach: “Where you have all the millionaires. It’s the most exclusive area in the United States. Here you have Trump (…), owner of forbes magazine”, also added the content creator.

His first task was to clean the locks of those mansions: “But I was making $100 a day, which helped me save a little.” Vicente also had to keep up with high-level personalities: “when it was my turn to clean the pool for mr forbes (…), they are very powerful people. I entered the house and it was a huge affair. I start hitting the fountain and old man, because he is an old gentleman, with the newspaper. ‘Put more chlorine in the pool'”, he told what the outlet’s owner would have asked him.

For the young traveller, each step of his journey meant a lot in his life: “This experience made me very humble because it doesn’t matter what you have, You start from scratch many times when you change or migrate, You have to know how to do it and that should be your mindset. I mean, rolling up your sleeves so your rings don’t fall off And work on something that’s lesser than what you did in your other country”, he continued.

As an end point to his clip, he talks about the education he imbibed: “That’s why I say mindset is very important when starting a business., because you don’t have to be afraid to take risks on new adventures. Even if they’re only for a while, it’s worse than where you were before, then they’ll lead you into bigger things,” she closed.

Currently, the young man focuses on his content and his ventures on TikTok. They can also be seen comparing in different videos Business or life experience in Spain and the United States, Although he now has thousands of followers, he explains that this process is due to his constant work and many adaptations.

In the comments of his clip, Other migrants shared similar testimonies, He had something in common with Vicente, because they left everything in their homes: “I was a doctor in Cuba and now I’m working as a pool boy here”, wrote one person. “I’m Salvadoran, an engineer, but I’m starting in England for five months,” commented another. “I’m working very hard here in Madrid, the title is well protected,” he said.

Some are more convinced that being successful in the United States was part of a pivotal decision:”You adapt to a country that gives you opportunities and that mindset”,

Vicente currently has some investments in precious metals and cryptocurrency companies, as well as another training company, he explained in a comment.