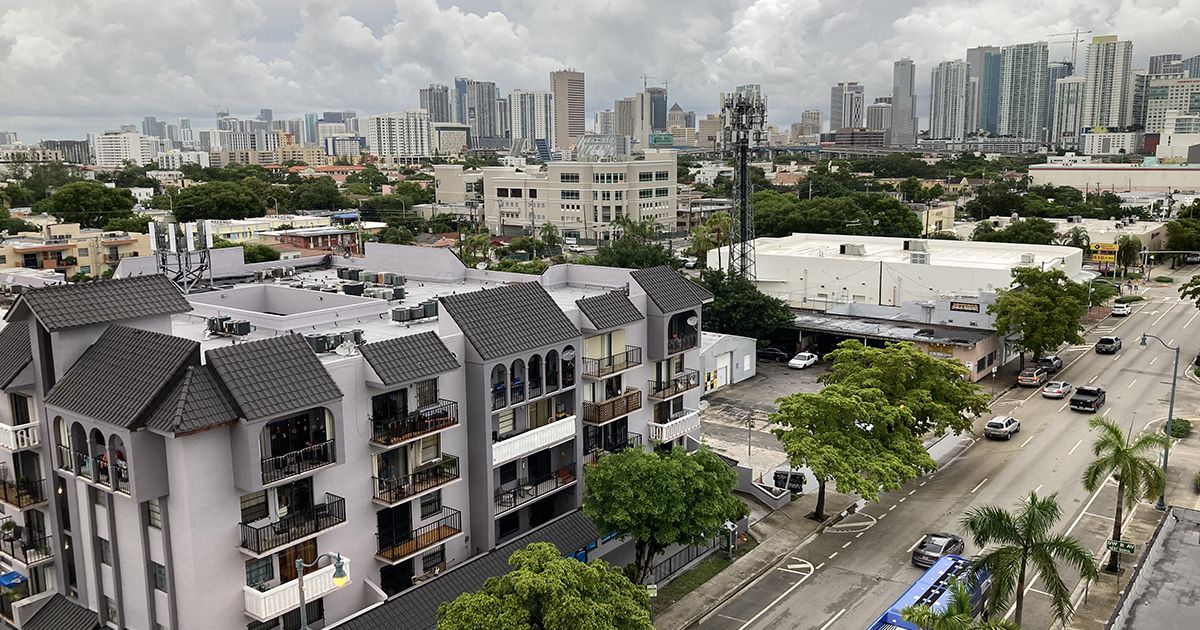 According to a Florida Atlantic University study, Cape Coral, Miami, Tampa and Orlando haven’t been able to match the decline in rents that the country shows.

With rents fluctuating between 10 and 17%, these Cape Coral-Fort Myers state-led municipalities are leading the US market right now.

“The significant increase in Cape Coral-Fort Myers is very disappointing, though not surprising,” said Shelton Weeks of the Lucas Institute for Real Estate Development and Finance at Florida Gulf Coast University.

“The monthly index report highlights the economic impact of Hurricane Ian. There are signs of improvement, but affordable housing will remain an issue for months to come,” he stressed.

Pedro and his family recently moved from Cape Coral to his father’s home in Miami after he and his wife lost their jobs and their home suffered extensive damage from Hurricane Ian in September.

The first thing they found in Miami was that there were very few options for renting a home.

“We looked everywhere and only found very high prices,” he said.

In fact, they didn’t get what he, his wife, and their youngest son needed. The high prices, many fees, and short inventory of available real estate actually forced Pedro to stay with his father until the market or his salary improved.

“With each person making $11 an hour, we couldn’t find a place we could afford,” he said.

In fact, the Miami metropolitan area experienced a high 20-30% increase in rents over the past two and a half years, following the impact of the COVID pandemic on the economy and rental market.

Florida has no rent increase laws and even a state regulation that prohibits cities and counties from enacting rent control regulations except in extreme circumstances.

During the last legislature in Tallahassee, Senator Randolph Bracey of Florida introduced an amendment to property insurance bill SB 2-D to limit rent increases to 3% for a 12-month period. But it failed.

The state legislator argued at the time, “Housing is in a state of emergency. If we don’t act now, there will be more aggressive price increases, working people will suffer and people will leave Florida and lose human resources.”

Meanwhile, voters in Orange County, where Orlando is located, voted in favor of an ordinance that would prevent apartment landlords from raising rents at a rate above inflation.

However, the measure is currently stuck in court, following a lawsuit filed by Florida Realtors and the Florida Apartment Association.

On the other hand, Miami-Dade County introduced some regulations and programs and even declared a state of emergency to release funds and accelerate the construction of affordable housing.

The aid, which is part of the Homes Plan, comes from a $500 million investment that was included in the county government’s budget to meet housing needs, but is not enough.

Pedro, who just moved to Miami two months ago and has no rent bills to pay, doesn’t qualify for help from the Holmes plan.

“Thanks to my dad, we have a place to live in Miami now,” Pedro admitted.

“I don’t know how many people are out there who can’t afford a place to stay and don’t have a family like mine to help them,” she said.