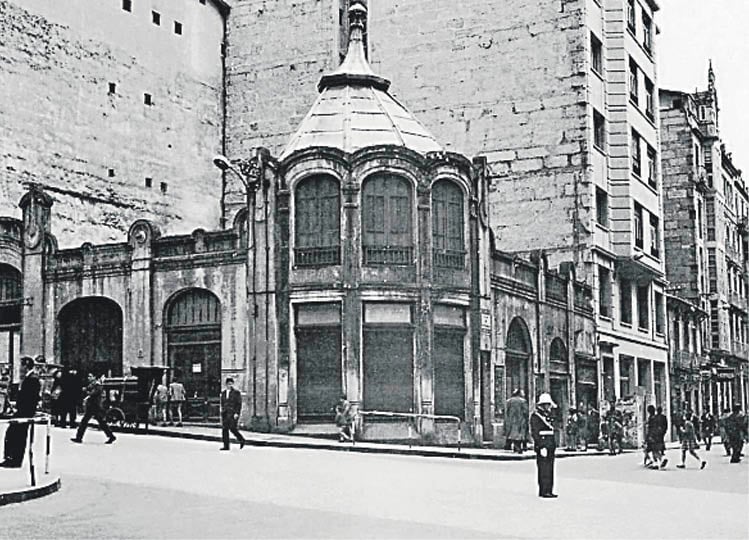 Emilia Pardo Bazan was right. They were soon spent at the beginning of the XX Invention, However, the automobile entered the new century triumphantly. It had come to stay. Further, following the technological advances made in the locomotion sector during the Great War.

Subsequently, in a time of peace, the rebuilding of the automotive industry contributed to the rebirth of a new era of economic prosperity in the United States, surprising even those who predicted that the war would end. In the subsequent period, a crisis scenario will open up in the United States. states.

innovative method of production, consumer society, encouraged by advertising, or the appearance of new payment systems allowed the emergence of the Roaring Twenties. The automobile was undoubtedly one of the symbols of American prosperity. Investing in the sector was not risky, but ensured a profit; Especially, when it had already gone from being only a luxury item, to being a hero in the business world.

So it was a safe value. Ourense Family, Vazquez Rodriguez, it was clear. In a region like Ourense, which is still untouched in the automotive industry, it did not waste the situation to capture the automobile market. In 1919, Manuel Vazquez represented Hispano American Buyers SA in the province.

It was an import and export company established with sufficient capital to be able to receive large batches of automobiles at production centers or American branches. The vehicles were then transported in steamers such as the Alfonso XIII or Montevideo to the port of Cádiz or Vigo.

and, from there, they were transferred to their reception center in the city, where they were sold under very favorable conditions. Briefly, at this time, the company signed contract number 37 with the Fur Store Company located in Puente Mayor, operated by Amador and Manuel González, for the acquisition of Ford and Chevrolet vehicles.

It is undeniable that the business was lucrative. The rivalry between the contestants, which is carried into the personal sphere, suggests this. In the same year that the towering Hispano-Americano building was being constructed in Ourense, the industrialist José Gil, a photographer and in turn, an early Galician filmmaker, submitted the project for the Ford brand building in Vigo. Unsurprisingly, an attempt to promote brand exclusivity provokes a protracted debate.

This shows that the company Hispano American Buyers SA does not import Ford cars from the factory in their state of origin. Despite the fact that Manuel Vázquez Rodríguez publicly called the opinion expressed by José Gil disingenuous, the truth was, if we look at the façades of both buildings – that which was a project in Vigo, and that which was a reality , in Ourense-, it seems clear who owns the exclusivity of each brand. Even the internal distribution of spaces in the Hispano-American garage left no room for doubt.

There was a section that offered used cars, notably Ford models; second, a new automobile, preferably of the Chevrolet, Oakland or Cadillac brand; And, finally, to the accessories department, oil or spare parts.

The controversy was not, in the end, a deterrent to the unit. The number of Chevrolet vehicles that sailed directly from New York to the port of Vigo, from 1920 to 1922, did not stop bound for Ourense. In the first fortnight of May of the first year, 34 vehicles—cars and trucks—were delivered to the Hispano-American garages in the capital; And, next, at the end of November, out of 1000 passenger cars and trucks that General Motors delivered to various warehouses in Spanish ports, 10% were sent to the city of Burgas. 50% of the lot was sold before the Hispanic-American entered the garage.

America set the tone. There was one car for every 8 residents. Therefore, till now it was the country with the highest number of vehicles. You can get one for 353$-2000 pesetas. It was as easy for an American citizen to buy a car in installments as it was for a Spaniard to buy a sewing machine, saving distance, with the same payment system. So, the middle class here expected a rebound effect.

Only a reduction in prices, a gradual improvement in wages or other subsidies, would allow them access to a car. Then, the example of 40 authorized drivers in Madrid since María Cabezas in 1921, the first to obtain authorization to drive, would further widen the range of sales expectations. It cannot but surprise us, that the Directorate of Public Works was forced to allocate 6,280,307 pesetas for the repair of roads in Galicia in a short period of time. Of these, 26.4% occurred in Ounce.

Help came late, but it was welcomed. In this area, there were over 500 lines and over 2,000 vehicles providing regular services, transporting around 30,000 people daily. The province’s mobile fleet totaled 1,450 cars over a five-year period.

Therefore, it is undeniable that the Hispano-American Garage contributed not only to the closure of a suspicious activity, but also to the improvement of the communication network; and even, to introduce the first bus service between Puente Mayor and the neighborhood of Ourense.