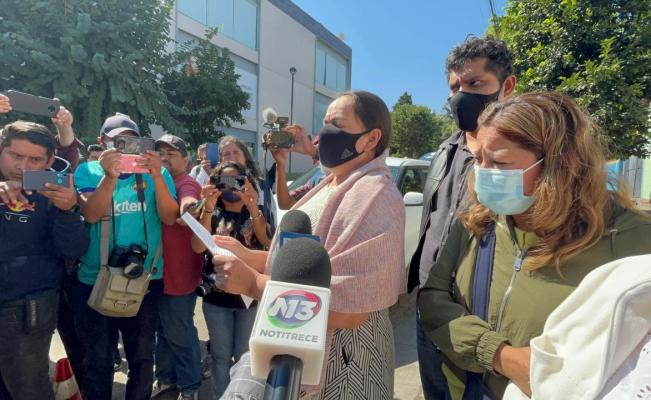 Oaxaca de Juarez.– for the first time in the history of oaxaca There was one conviction against former public servants accused of forced disappearances, a crime that indicated the direct involvement of agents of the Mexican state.

Claudia Uruchurtu is a civic activist who, inspired by the fight against corruption announced by President Andrés Manuel López Obrador, documented and denounced a series of misappropriation of resources and abuse of authority by the mayor.

Despite going to separate instances of the three levels of government, none of the officials listened to Claudia, who, it is now known, had disappeared on the orders of the Morenista municipality. Since then the family has not been able to trace him.

The verdict against the former aedile of Morena is a landmark event in Oaxaca, as it is the first time that something like this has happened in the unit against former officials accused of the crime of enforced disappearance. Moreover, this is the first case to be prosecuted in a period of six years. lopez obrador Where agents of the state are found guilty, especially those of the ruling party.

happens on the sentence 19 months after missing De Claudia, in March 2021, in a hearing that ended after being rescheduled three times.

“It’s a day that marks the end of complete impunity for enforced disappearances in Mexico,” said Sara, Claudia’s sister.

The activist’s family recalled that Claudia Uruchurtu disappeared after participating in a protest on the municipal esplanade of Nochixton. In the demonstration, activists denounced the mismanagement and diversion of resources by the former president.

The evidence, the family pointed out, is sufficient for a guilty verdict, where sufficient video and photographs were displayed for sentencing, which will be announced on December 12.

The family thanked their lawyers, media, collectives and witnesses who helped oversee the case. They said, “We would not have been this far without you.”

“Our demands were always clear: justice and truth,” he said.

Despite the judge’s decision, Sarah said that there had been no clue as to her sister’s whereabouts for 19 months and, in view of this, she has reiterated the call to anyone who has information about Claudia’s whereabouts to provide them to the family. For.